Shooting without a memory card 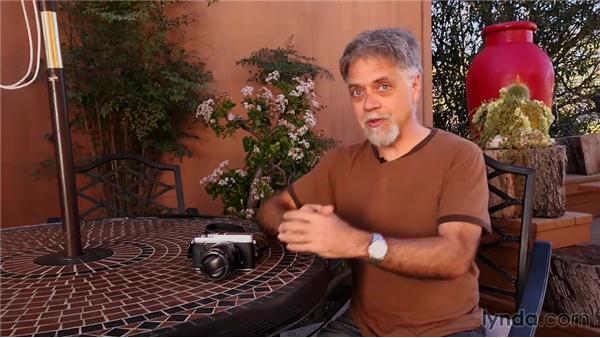 I'm out shooting. No, I am, I got my camera, I'm in this beautiful location, and, I'm shooting. Everything that I shoot looks like something I've shot before, or it looks like something that I think somebody else has shot, or it looks like a cliche, or it just looks like If you've ever felt this, or if you've ever experienced this, then you know this awful feeling and, it's the problem of having an editor that's sitting right next to your eye, going, ooh, no, that's not a good picture, I wouldn't blah, blah, bleh. And it's going on and on, and you can't shut it up.

I've gone into my head, I'm overthinking all of this, I need to just get back to taking pictures and I can't find my way back there. That happens to all photographers, it happens to me a lot, particularly when I try to shoot in the same locations. All the time. I live in a beautiful neighborhood in San Francisco, and sometimes I just go out and I can't see anything because I feel like I've seen it all before, which is ridiculous. There's always something new to be found at a location. So, I'm going to offer a suggestion for something you can experiment with by way of trying to get yourself out of this hole that I'm talking about.

As I said the problem is I'm over thinking it. I've made a photographic process a little too precious. It's just taking pictures its not that big a deal. It doesn't matter if someone else has already shot it, it doesn't matter if I've shot it. I need to get back into a space of seeing for the sake of seeing rather than seeing for the sake of generating a commodity of some kind that I'm then going to subscribe some value to. So to prevent myself from getting home and feeling like I only shot bad pictures.

I'm going to prevent the possibility of getting home with any pictures at all. I'm going to take the media card out of my camera. And I'm going to go shoot. This may sound like a really weird idea. But I've done this before. And it's actually pretty helpful. I've taken the memory card out. I need to insure that my camera can shoot with the memory card out. And sometimes that's a setting in your camera. On Cannon cameras, it's shoot without card. I'll have to look up what it is in here. There is a way of making sure that it will still operate completely. metering will work, modes will work, all that stuff. I'll be able to take pictures. I, I need it to work like a real camera.

I just don't want it to record any pictures. Now, doesn't matter. No one's ever going to see them. I'm not even going to see them again. This is an exercise in simply practicing the visualization of seeing a photograph. It's not an exercise in the practice of actually making a photograph. So I'm going to try this. I'm going to go out now and shoot without this card in my camera. I'm going to go through my normal process of shooting, and I'm hoping that this over thinking thing is going to calm down. So if what I described at the beginning of this video is something that you've felt before, give this a try. You can just try it for an afternoon. You don't even have to commit to it for a whole afternoon.

If you really want it to work though, take the card out before you leave, leave it at home. Don't give yourself an out. Now you might find yourself a little frustrated if suddenly you see the greatest photograph in the world and you can't capture it. You know what? There's always another greatest photograph in the world. They're actually not that rare when you're really seeing them. So give this a try if you get stuck. Take the card out of your camera, go for a shoot and see how it feels.

Video: Shooting without a memory card