Shooting with a shape in mind 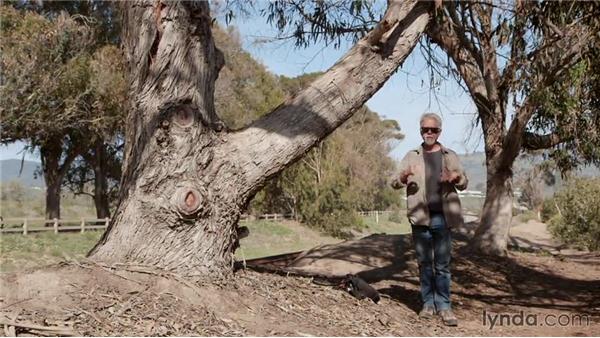 This may sound counter-intuitive, but very often, the best path to a really open space of creative freedom is a path that's very contained. Giving yourself limitations is very often the way to eliminate a lot of extra choice in the world and get focused in a way that opens your eyes up to a world that you normally can't see. So, this week on The Practicing Photographer, I wanna give you a very simple assignment, and that is triangles. Just go out and shoot triangles.

That's it. I know that might not sound like much of an assignment, but there are a lot of triangles in the world. There are isosceles triangles and equilateral triangles. We're not worried about what kind. There are literal triangles that you can see. There are triangles, in this case, made up of different shapes. There are triangles that are implied. And the fascinating thing is that there may be loads of triangles right around your house and places where you always shoot that you've never noticed. This is the power of this assignment. When you go out looking for a specific thing like this, it requires you to actually see the world around you.

And that's what you need to be doing all the time as a photographer. So, if you go out searching for a particular shape, it doesn't actually have to be triangles, you can pick whatever you want. It also doesn't have to be a shape. You could say, "I'm gonna go shoot pieces of stone," or something like that, and go do that. The thing is, you're looking for a structure that's going to require you to actually look at the world. This is especially valuable if you feel like you're stuck shooting in a place that's too familiar. Another thing about this assignment is not to think of triangles that sit on a flat plane, but to do what's happened here, and compose a triangle out of multiple planes.

One-point perspective is a way to think about it, a triangle that recedes into the distance counts. Railroad tracks inscribe a triangle. So, in addition to getting you to see things that you normally don't see, this is also getting you to do another very difficult thing that photographers have to learn, which is to see depth in the world and understand that it all compresses into that flat photo plane. Finally, there's one other reason to do this exercise. And I want you to call this an exercise. You are not going out with the idea that you're going to get fantastic images, even though that may happen.

The point of this is to go out and see, not to come back with great photos. If you come back with great photos, congratulations. While you're out doing that, if you are out in the world, in a very familiar world, and you go, "Wow, here's this "triangle that I have never noticed before," stop for a minute and remember what that feels like. Remember what it feels like to be seeing, because if you can grab on to what that state of mind and what that state of consciousness feels like, it's gonna be easier to find your way back to it in the future. It's going to be easier to be able to recognize when it's happening.

So, this is not just about the exercise of opening up your eyes to the familiar. It's about the exercise of getting into that space and learning what it feels like, with the goal of being able to get back to it later. So, my challenge to you, triangles, go out and shoot them wherever you can find them. Spend some time on it. Don't go, "Oh, I don't know, I got a few triangles." Go deep. If you're not feeling a profound sense that you're seeing something that you haven't seen, try and push it a little farther and see what you can come up with.

Video: Shooting with a shape in mind