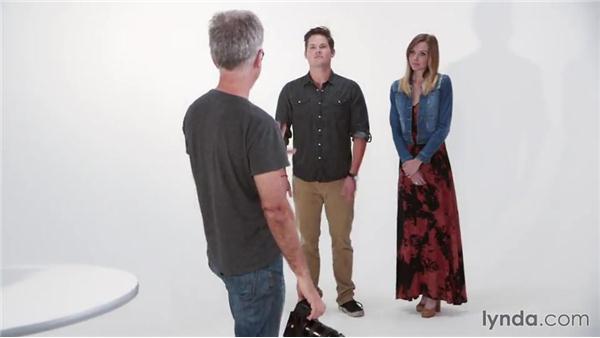 Very often when teaching a class, I will ask students who their favorite photographers are. And it's pretty shocking to me how rarely students will have an answer to that question. And they'll feel pressured to say something, so, of course they'll all say Ansel Adams, because that's the only really famous photographer that's kind of entered the mainstream consciousness. If I was to walk into a writing class, and ask the students who their favorite writers were, I think they would all have an answer. It's very strange to me that nowadays hobbyists who learn photography don't learn the history of photography.

They don't have a context for their images in the larger work that has been everything that's happened in photography for the last 150 years. So, I want to talk about two things. One, just encouraging you to look at other work. Right now between the massive amounts of publications that you can get, beautiful coffee table books full of works. And simply the web, which, provides access to basically every photo, famous photo that's ever been taken. There's no reason not to have a very good understanding of what has come before you in terms of taking pictures.

You wouldn't expect a musician to not know some musical history, especially within the genre that they play. It's strange that we, as photography students, don't demand that of ourselves either. In addition to being a good way of getting better as a photographer, it's just a lot of fun. Not just because of what you learn about photography but what you learn about the subject the photographers are taking. So I really encourage you to just start sitting down with some photo books and simply looking. You can start anywhere, you can go alphabetically, you can, you can ask friends who their favorite photographers are.

I've got a nice stack of books here that were just laying around the Lynda studio here. I've got some Eugene Smith. Some Keith Carter. Actually I got a lotta Keith Carter, which is a great way to spend your time. There are a lotta great photographers out there. It's nice to develop an aesthetic for it. Then I would suggest you take the next level. As an exercise, once you've identified some photographers you really like, consider. Taking their style apart, really learning what it is, and trying to shoot that way. Trying mimicking a particular photographer. Not because you're really gung-ho about creating derivative work, but very often by going through the motions they went through, you'll learn a lot about how they work, and that can influence your own shooting.

I'm looking at this Eugene Smith book here, and I've seen a lot of this work before. It's straight documentary work. And, while looking at I can sit here and take apart what he's done. Technically, I can say, oh, he's shooting with a wide aperture, which shallowed up the field. He's probably really struggling with that backlight here, and that's certainly valuable to do. What's much more intense is to look at it and go, how did he get himself in this situation? How did he get permission to do this? How did he get access to these people? How did he get so comfortable, that he could get this close to a doctor working with a patient? That was the amazing thing that Eugene Smith did.

The rapport that he developed with these people, his ability to, go into these situations and see that way and allow, get people to open up to him. So there's a lot more to learn from looking at these people than just their technical style, it's, you've gotta think through their technique. And a big part of that comes out when you're going to mimic someone. Now, you're probably seen the work of Richard Avedon, even if you didn't know that's what you were seeing. Very famous 20th century photographer. Who's best known for taking what appear to be candid portraits of people in front of white limbo backgrounds.

So, I'm going to do that right now. I got a couple of, of friends here. Chrissy and Doug, come on in. I'm going to set them up here. This is a regular place that we shoot here in the Lynda studios. It's this great, it's called a cyclorama. It's a white limbo set. This is the type of set that Avedon shot in. But he didn't do it in a studio. He carried one around with him. And you can do the same. You can get very, a very similar lighting situation that I've got here, just by finding a shady wall and putting up some white butcher paper or a white sheet. Just something that's going to give you a really good, easily knocked out background.

Okay, guys, our lighting is not quite where it was. If you could step back a little bit. So what he did, what Avedon did was try to find people as they really were in a particular situation. Sometimes that was going to an area of the country and picking up people that he thought it was interesting. Sometimes it was celebrity portraits, and just getting them being themselves. And he typically shot them in this limbo background, with and he, he contact printed so that he had very natural frames. Obviously we're shooting digitally, so we're not going to do that.

So the first thing I'm doing is just trying to figure out what I can get here. I'm just going to knock off a couple of practice shots. I'm trusting them to be patient. Just to see what kind of framing I've got. This look kind of Avedon to me. I'm not really doing any work with them yet, I'm just trying to figure out what is Avedon. And right away I see, wow you, you really. Sometimes to get in the frame that you want to get, the composition that you want, you gotta be really far away. Boy, it feels strange yelling at my subject telling them to do things. So is that how Avedon worked? Did he right away? Was he always this distant from his subject? Is that perhaps why very often his pictures.

I, I really like Avedon pictures, but I do find sometimes there is a coldness to the portraits. Maybe that's why. Maybe he wasn't close enough to talk to them. I don't know. I'm just making stuff up at this point. But this is what I mean, by going through the motions of taking an Avedon style photo, I'm kind of maybe more in his head. And, and seeing the problems that he encountered. So, guys you look great but. Let's get a little closer together. Interact with, with each other somehow even, yeah, just the hand on her shoulder. Something like that. Okay. Now, this is maybe starting to look a little high school prom picture.

>> Yeah there we go. Still, it's something. One thing, particularly with his, in the American West work, Avedon had very neutral expressions. So let's try that. Give me look you know, cynical and dour and, and hip. yeah, that's good. Now, I can sit here and try and play Richard Avedon all day long and at the end of the day I might know exactly how to shoot a Richard Avedon photo.

And I might have learned a lot about his process along the way. The result though would be, so what, I can shoot like Richard Avedon. This may be an interesting starting point. What can I do from here that's my own or that is following my own interest? I can tell you right now. I just feel too far away. That feels weird. So I'm going to go in here. And, except now I'm casting a shadow on you guys, so I can't go that close. Okay, that's fine, working within the lighting constraints, that's part of being a photographer. I really like the limbo background. I've got some shadows behind them, I know I can knock that out really easily in Photoshop. But, I think, for me, I'm maybe more interested in getting in tighter.

Not the full body thing, but more up here. So guys, if you could come back together somehow, alright. And now I'd rather see you interacting with each other I think. Or maybe one of you. Doug look at me, Christy look at Doug. Oh, that's nice. You have no idea what she's doing now. You have no idea how she's looking at you. So I can just go on like this.

I, I started with Avedon, I started with the limbo background idea, and now I'm moving into it and just trying things and taking things apart. This is where the mimicry can go. And, it's really important to take that next step, because sometimes if you mimic something too much, that's going to become your habit. And then you're stuck, then you're stuck being a Richard Avedon wannabe. You need to be able to make it your own. So start with the mimicry, but really try and take that next step into doing something else. At the very least, even if you don't come out with any images you like, you're going to know a lot more about how a particular photographer shot.

You will have gone through some good thought process that's going to be helpful in any type of shooting you do. And after your study of some photographers, you're going to have a better idea of the broader world that has come in photography before you.