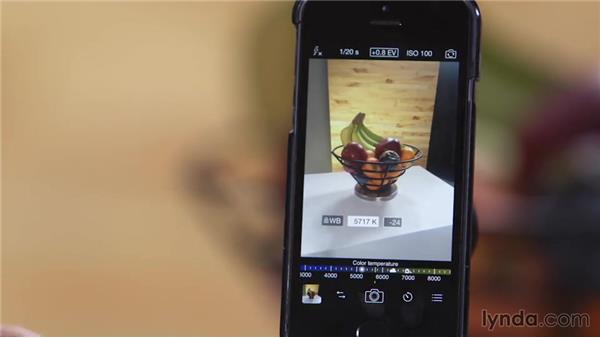 - This week, on The Practicing Photographer, at the time of this recording, we're about one week after the release of iOS 8. Now, iOS 8 was touted as having a lot of great features for photographers, and it does, but most of them are not in the camera application. If you played much with the new camera application, I don't know, the time lapse feature is kind of so-so, I think Lapse It, a third-party app, is much better for that. I do like the independent control of focus and exposure, there's some nice changes, but the real benefit for shooters in iOS 8 is not the changes to the camera application, but changes under the hood in the OS that allow third-party application developers to have more manual control over the iPhone camera.

So this could really change things in the future about how you shoot with your favorite apps on the phone. We're about a week out, as I said, and we're just now getting the first updates to third-party camera apps that give access to this new manual control, so I thought I'd take a look at one today, both because this application, ProCamera, is a great camera alternative, and it gives us a look at some of the kind of things we might be able to see in more applications in the future. ProCamera's been around for a while, it's always been a great alternative to the stock camera application, has a lot of nice features, but right off the bat, if you've been a ProCamera user, you will recognize some differences, this little AWB badge here, and some of these other manual controls that are around.

I'm going to start with exposure compensation. I'm here in the normal shooting mode, and I can dial my exposure compensation up and down. This is a really easy way of controlling exposure, you can see I'm opening up some shadows here. Now, this is not necessarily anything new made possible by iOS 8, but I want to show you this feature because I want you to see what the camera's doing before we get into another feature later. So, I'm going to brighten up these shadows here, I'm trying to pay attention to that highlight over there, make sure I don't blow it out. One of the nice things about ProCamera is for these kind of exposure adjustments, I can turn on a histogram to be sure that I don't over blow things in one direction or another.

This line of dots up here at the top is my histogram, so it's not the type of histogram display that you might be used to in your image editor, but it still does show me clipping, I can see some highlight clipping over there, those red dots that appear, or in the other direction, shadow clipping, over here on the left side. So, I can actually take a serious level of control here, which I really like. I'm going to set this back to zero, and turn off the histogram for now, and move on to some of the other cool, new things we get here. Right here, AWB, that should sound familiar to you if you've ever used a normal camera, auto white balance.

White balance is set to auto right now, it's doing a pretty good job, I'm going to boost the exposure a little bit there. If I just tap on that, though, I get a white balance slider where my exposure compensation slider was before. Slide to the left for cooler, slide to the right for warmer. So, I can just adjust my white balance in real time. This is a great addition that is going to be particularly useful in the usual places where auto white balance fails, shooting in shade, shooting in a mixed lighting environment, anywhere that you find flesh-tones off, this is a really nice way of making an adjustment.

One of the cool things about this slider is there are little icons marking the exact temperature of particular types of light, so I've got sunlight, I've got cloudy, I've got shade, over here's fluorescent, tungsten, so I can really try to dial in right to the type of light that I'm shooting under. Full, normal Kelvin readout. This is a really nice addition that makes color-correction much, much easier. Trying to fix white balance in post with any of the applications that are currently available is very difficult, so getting it right in camera is going to be a great advantage.

So let's say I wanted to freeze this action-packed bowl of fruit here, I might dial up to 1/500th of a second. If I do that, my shutter speed is now so short, that my image is incredibly underexposed. I have no aperture control on here, but I do have control of ISO. So I can tap on ISO and compensate for my shutter speed change with an ISO shift. Now that, of course, is going to mean more noise in my image, but still, to have real good motion control, I can actually do it on the phone and still have some exposure control left over.

Something else to consider, if you don't want to risk the noise, is I could intentionally shoot an underexposed image with the idea of brightening it later. Not necessarily using software on the phone, but if I wanted to take it into Photoshop, where I've got really good noise reduction controls. I could do my brightening there, and probably stand a good chance of taking the noise out. So, these are just some of the features in ProCamera, but they're a really nice look at what we're going to be seeing more of in the future in terms of manual control over my exposure parameters when I'm shooting with the phone.

Personally, I feel like right away, just these bits that I've show you, I can think of a lot of instances where I've been shooting with the phone and gone, "I can't get the picture that I want," because I don't have the control that I need, either over color, or exposure parameters. So this is really going to make a change. That's ProCamera. It's available now at the App Store.