Defining the specialties in professional photography 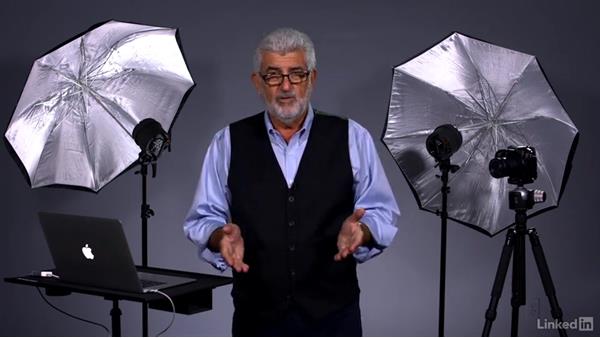 Before you begin your business in photography, you will need to decide what your niche is going to be. This is what you will be known for doing as a photographer and who your target audience will be. In this video, author Skip Cohen discusses the importance of defining your specialties when you start out as a professional photographer.

- I've been talking about the different specialties in photography and one of the things you need before you get started in business is really to decide what your niche is going to be. Who's your target audience is another part of that, but every niche has got different skillsets, different things you have to specialize in, might even have different gear, different technique, and if you look at this list, this is just the tip of the iceberg. On the portrait side you've got at least a half dozen categories under portraiture, being family portraiture, children, babies, commercial portraiture, editorial portraiture.

You've got high school seniors, you've got underclass photography, you've got pets, it's still is all under the category of portraiture. And if you look at each one of those specialties on the list here, each one of them has a slightly different skillset and again, that's only the tip of the iceberg. So thinking through what is it that you love to do most? What is it that you feel you've got the best ability to build a business on? That needs to become your core specialty. Let's kick off the wedding category talking about Denis Reggie and using one of the most famous images in weddings as an example.

Denis photographed John Kennedy Jr.'s wedding which sadly we saw twice, when he and his wife were married, and this was that most famous shot, and then we saw it again, sadly, when they were killed in the plane crash. Denis is one of the leaders, one of the movers and shakers in terms of the wedding industry. Denis taught photographers and got everybody to start thinking about the value of their work. And he's also considered the father of wedding photo journalism, in other words, instead of the traditional way that people used to take and capture a wedding, primarily a lot of posed, traditional images, this is going back 25, 30 years ago, Denis started talking about being invisible at a wedding and capturing images that were more photo journalistic in style, as opposed to posing and doing a more traditional look in terms of portrait work.

John Sexton, another name you need to Google, another person who needs to be on your radar. John is one of the most recognized landscape, fine art, outdoor photographers in the world, although I don't think there's anything John can't shoot. John actually started out his career as a wedding photographer, it didn't last very long because he read about a workshop being taught by somebody named Ansel Adams and he said to his boss, "I want to leave for a few weeks to take this course "with this guy Ansel Adams." And his boss let him go, because it was the peak of wedding season and John wanted to take off for a few weeks to take a workshop.

He later became one of Ansel Adams' assistants, his work is stunning, and if you Google John you're going to be able to see a lot of beautiful, beautiful work, almost all of it black and white, but John has made it a point to never compromise on quality and to only share some of the most beautiful images in the world. Bob Coates. Bob Coates is based out of Sedona. I'm going to show you several images of Bob's, but this is where we're going to start, with a portrait of his. Now, Bob is another person that you need to Google and get to know more about his work.

But Bob is, why he's a portrait artist, he's a fine art photographer, he does commercial work, he does interiors, but the point I wanted to make about this particular image, this is an absolutely stunning portrait Bob did and two weeks after he took it the subject was killed. It's another point to make as you think about your career and the fact that you're going to make yourself the very, very best you can be, you never, ever compromise on the quality of an image because you don't know how it's going to be used later on and you don't know what might happen to the subject.

This really could be the last picture that's ever taken of that particular subject. So you always want to give your clients the very, very best. I mentioned that Bob shoots a little bit of everything. He's a Panasonic Luminary, he's doing a lot of different work with all kinds of different subjects. One of the things that Bob does exceptionally well is architectural photography. Now if that's one of your passions you need to think more about, how do I light the inside of the building.

Just about anybody with the right equipment and an understanding of composition and lighting can get a pretty decent picture of the outside of a building. But the inside requires an understanding of lighting, of composition. In this case Bob was hired to photograph a particular hotel in Arizona and he's got to be able to show images that they can use in their brochure that make sense to the client. Now Bob is also an outstanding fine art photographer. So much to the point that some of the images that he's taken, he started out doing a lot of beautiful fine art, what I would call fine art images of jazz musicians, for a restaurant/bar in Sedona and what happened was that as they decorated the restaurant with Bob's images more and more of the subjects were coming to Bob for their own head shots, for CD-covers, so again, it becomes another segment of a specialty within photography that can lead into the entertainment world, fine art, again, Bob is one that you want to Google, you want to look at his website, successful-photographer.com because he's giving photographers tips, not only on technique but a little business and marketing as well. 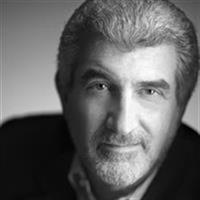 11/28/2016
You love photography and you're good at it. So maybe it's time to turn pro—as a freelancer or even full time. In this course, photo-marketing consultant Skip Cohen introduces the issues and considerations you should think about before starting a photography business. Learn how to define your niche, get practice and feedback, and build a brand as well as a network. From understanding the industry to marketing yourself, this course will give you a solid foundation on which to build a photography business.
Topics include: