Composing in the center 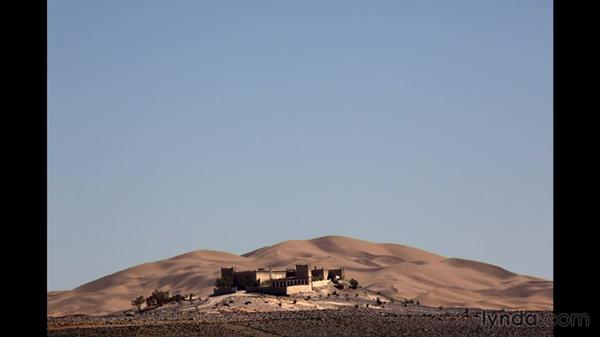 Join Ben Long for an in-depth discussion in this video Composing in the center, part of The Practicing Photographer.

- We all hear a lot of rules about photography and very often these rules are not given to us, ya know, with a slap on the knuckles with a ruler or something, but they're meant to be guidelines and helpful. So, we have the rule of thirds, and we're told, "Never shoot into the light" and things like that. But the fact is, sometimes the rule of thirds is a lousy composition and often times shooting into the light gives you spectacular results with nice back-lighting and cool silhouettes and all that kinda thing. You can say, "Well, rules were meant to be broken." I don't know if I'd go that far but, rules are definitely meant to be questioned and they're meant to be challenged and they're meant to be worked to the point where you konw when you can use them and when you can't.

And one of the rules that you may have heard, or that you may have given to yourslef is do not compose with something in the dead center of the frame. I think we're told that, but I think a lot of people come into that on their own, because they feel like it's too easy. And then they start thinking, "Well, " now I'm not being creative." And then they go out and get too creative and they have a lousy shot and they miss the really good simple composition, which is often putting someting in the dead center of the frame. So, I would like to put it to you even if you're tired of that kinda composition, go work with it for a while.

Go practice, how do you make this work. How do you make a subject in the dead center of the frame work? You're gonna impossibly confront some fear mechanisms that you have, because if you've done this shot a lot, you've probably gotten to where you feel like you're in a rut and that you're not being a good photographer anymore because you keep shooting the same things over. That's usually a sign that you need to keep going till you break through that. Well, "What's on the other side? " What does it mean to break through?" What I mean is, you need to get to the point where you understand the power of when this is the right composition.

So, let's take a look at this shot right here. There's a lot going on here that is compositionally good and correct and satisfying. There's symmetry. This side of the frame is very much like this side of the frame, except that my left shoulder is higher than the right but that's not your fault. There's repetition. I've got these wonderful repeating textures through the frame. There's also lots going on with the lines. It's really powerful having these lines converging on the center of the frame. Everything about this image is leading right to the middle of the frame, that's where you should put a subject.

And so the more you practice this and work on this seemingly trite, ordinary, non-creative form of composition, the more you're gonna realize, "Nah, being able to spot those times " when there's a good composition to be had " by putting something in the center, " that is a creative act." And that will make you a better photographer. So, rather than being afraid of this rule that you should not put things in the center of the frame, I want you to go headlong into that for a while and practice compositions with your subject right in the middle.

Video: Composing in the center