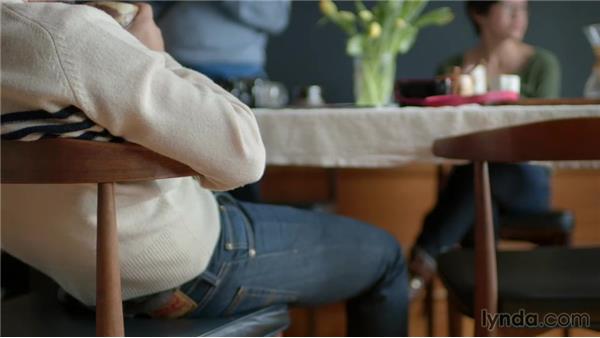 I think it's important to enjoy sharing our work. If I'm looking at a photograph someone uploaded on their stream, I think, "That looks "really good, I might have to try that." With Flickr, it was a treasure chest of information and the biggest inspiration I could ever get. Instagram is the same way. You inspire people when you post photos. People have gone to traditional photography from Instagram that, you know, they've only shot on their phone and all of a sudden, "This is it, this is my calling, I want "to be a photographer." So it is a gateway for them.

I'm Cindy Loughridge and I'm a San Francisco based photographer. I feel like I can always do better and so that's why I practice a lot and I shoot a lot. So you see a lot of photos just sitting around on my desk. It's because I'm practicing. They're not perfect, but I'm trying to get it right. I like the quiet scenes. It's more of still life. Very clean and simple. It has a human element to it, even if it's just a hand in the photo.

I usually shoot with all my primes. My 50 is always on my camera unless I need to get a little closer or farther away. As a family, we are always shooting each other. You know, practicing in different lighting situations, outside in bright sun or in shade. I shoot with both my digital and film. If I were to shoot a scene, it's kind of embarrassing, I will shoot with my phone and all my cameras if they're loaded with film.

You know, because each camera has a different feel to it. I got back into film after I met my friends from Flickr. I had a nine to five job and the minute I got home I would go on Flickr or I would shoot if there was enough available light left and that's how it all started. It was just a hobby and something extra for me. I was documenting Emma, my daughter. And I would see a scene in my house and I would just shoot it. I really enjoyed that.

I was learning a lot and when I got onto Flickr there was so many different groups. Like using prime lenses, I joined a 50 millimeter group. It consumed my life for a while, you know, because it was so new and there was that social aspect to it. I spent hours just looking through the photos on Flickr, learning the different techniques people use and then I would try to apply it. I practice a lot, you know, I just try different things on my own. If I got stuck on something I would ask or read one of the groups.

(quiet guitar music) There was a lot of companies that were looking through the images on Flickr. I got lucky when this advertising company purchased a photo for a big campaign with Walmart. That was, like, my first big thing. It was a photo of Emma. One thing led to another and, from there, I would get lifestyle requests and editorial. And that was really cool. I don't think any of us that joined Flickr thought that we would be shooting professionally.

And it's only been recent that I'm doing this full time. After Olive goes to bed, I'm working. She goes to bed every night, and I'm in front of the computer working on photos. I'm lucky and I get to do something that I really, really love. It's a lot of work, but you know, I enjoy it. (chatting in background) Yesterday Seth and I hosted our friends for a little Flickr reunion. Small group, but it was really fun.

Cindy always talks about how, over the course of 365, like, her photography changed and developed and actually improved and that it was like the discipline of doing 365 every single day forced you to be creative about it. I had gone through the group and looked at all the photos and I was thinking, "That's "really good, I mean, that's a huge project," and I thought I would tackle it and then within the first week I was like, "Yeah, I don't "really want to do it anymore, but ..." (laughing) I didn't realize how hard it was.

But I stuck with it and I did finish it. I mean, I think there were, like, a few days where I would miss but I would just make up for it. I think some people took it as an opportunity, [unintelligible] to also think about what they wanted to be known for and what they wanted to become good at. Some people really love portrait photography, maybe, and decided to focus on it and develop a style that people would recognize. (chatter in background) Some meet ups had themes, certainly, like we would do print swaps for the holidays and everybody would bring prints and there was some amount of pressure by then not to have those prints sucks because the group was improving noticeably.

We were also pushing each other and so we would always try to dig up some things that are novel and you would bring those and then they would get swapped. It was always exciting to wait to see who would post first or what they would post and then- Something you would look forward to afterwards- And then the minute someone started posting there would be just, like, comments and then it would just be this snowball effect of everybody else started to post after that. It was like the after the photo block fun.

We went out for a walk and it was fun. It was fun just getting out and taking them up through our neighborhood. If someone wanted to do a photo walk, we would post it into the group and people would respond and meet up. There was quite a few people in the group. We got together a few times a month and then people's lives got busy and we didn't meet up as much but we're still friends to this day and we learned so much from each other.

It's funny how, like, the borders are always really fuzzy. Yeah, all sides except maybe the top, yeah. Yeah. I think it's just the rollers or the pressure. Seth was the one that pulled out a Leica at our first meet and we all went, "What the "heck is that?" I think he was the only one shooting film on that first meet up and we were all quite impressed with him (laughs). Then Pablo started shooting with his Yashica. And then our other friend Angelo rented a Hasselblad one day and then I think everybody started, like, "Okay, I'm going "to go buy a film camera and I'm going "to start shooting film." The same with lenses, you know.

Even if it's a DSLR. You know, just only one person has to pull out something different and we all want to do it. Film is so beautiful, I mean, you get your photos back and you look at it and digital can't even compare to it. The images are really romantic and I know people think, "What does that mean?" You know, I'm shooting a still life scene and I'm thinking it's romantic. I just do think it just has a softer feel. The photos jump out at you. And you don't really have to do much.

You just, you meter correctly, you get it developed and it comes back and you're like, "Wow." You don't have to mess around on Photoshop with it. Crop it, maybe levels and curves and that's it. You know, with digital you're slapping on all these different presets and actions to look like film. Okay, you guys can relax. That's pretty good, huh? With Instagram, I use the square crop immediately, you know, in my camera.

And with Snapseed I keep the processing minimal. I kind of have to work with what I have with the phone, you know, the lens is a little bit wider, but I like the fact that I can just whip out my phone and I think everybody feels that way. I've met even more people via Instagram, too. It just an overflow of Flickr, I feel. You use that to show your vision. We enjoy our time together shooting. We always have a camera on us, all of us.

Seeing the results of an outing. That's always special. It's our little family walk. We pull out our cameras and phones and it's on. I pursue perfecting the craft but I don't think I've perfected anything yet. With traditional photography there's so much to learn. I'm always looking at images for inspiration or I look back at mine just to see how I can improve.

There's a million photographers out there so you go to hustle if you really want the gig and my hustle is just shooting every day and trying to improve my game. 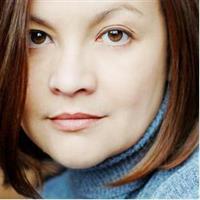 6/27/2014
How does an aspiring photographer transition from a 9-to-5 to doing what they love full time? Cindy Loughridge is an inspiring example. Finding communities online were crucial to her development as photographer—and getting her lucky break. Learn how she capitalized on the treasure trove of information available through Flickr and Instagram, and how the support of other photographers there led her to film. We also join Cindy and her Flickr friends on a photo walk through the streets (and on the beaches) of San Francisco.