Exploring the music and art in Cuban culture 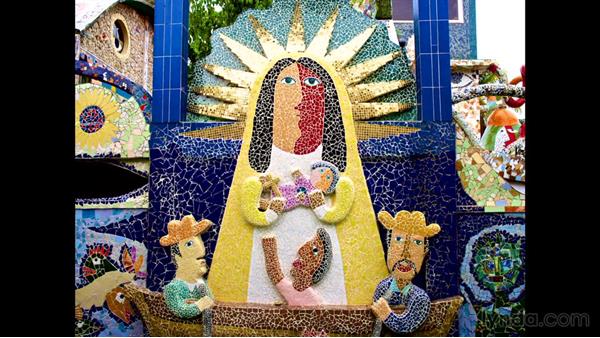 - I want to take a few minutes and talk about music and art in Cuba. In part because they're such strong influences on things that you'll be taking pictures of. And in part because I just love it so much. It's just so enjoyable. You may have heard that there's music everywhere in Havana. And actually that's not really an exaggeration. And even outside of Havana into all parts of Cuba that I visited, you hear music at lunchtime. You hear it at dinner. You hear it in plazas.

It's everywhere. And, for my ear anyway, it's lovely. (drumming) The kind of music that people may know about, that you hear in Cuba is like Buena Vista Social Club. And if you've ever heard any of their albums, you know yes, that is Cuban music. And pretty much a part of Cuban music today. But they actually have a very strong tradition. The Buena Vista Social Club type music was based on an earlier form of Cuban music which they're very intent on preserving, both the music itself and the dance.

And you can see that also there. So you can see the whole spectrum of music from the very traditional stuff to how it's evolving today. I liked all of it. And the musicians themselves are very fun to photograph. And again, don't forget to push the red button on the stuff. Because you want to get some of that audio, too so you can enjoy it when you get back. (drumming) Now, I want to talk about artwork a little bit, also.

The artwork is bold, generally speaking, and graphical and colorful. Now, a lot of that comes, I think, from the African influence. And there's African influence in the music. And it's also in the artwork. And my eyes loved the artwork. It's not only informal artwork, but in posters and signs, all that sort of stuff. And I brought back an example because it's so much easier to show sometimes than it is to describe.

So, here's a poster that I bought in a plaza. Sold by the artist. And to me, this really sort of typified the kind of artwork that I was seeing there and enjoying. The strong design, the strong typography. The color palette, you know, bold against the black. All of that sort of stuff I just saw over and over again. And I'll tell ya, the camera loves photographing this style of artwork.

It just really seems to eat it up. And then, the other opportunity that I think along with that, aside from just the signs and the artwork itself that you see everywhere, the artists that created are often nearby. In fact, I have a photo of the artist that created this. I bought it directly from him at his table in a plaza. And he was very happy to hold it up for me and show off his work. And it's a wonderful memory. Not only coming back with this, but also the portrait of him with it.

So, there are many opportunities for you photographically to enjoy and photograph, and tape the music and the artwork, and integrate this into your shots of buildings and people and cars, and all the other wonderful aspects of Cuban life.

7/2/2015
Cuba is a unique place with a unique history. Understanding that history and its impact on Cuba's vibrant music, bold art, astounding architecture, and delicious food is critical to capturing beautiful and faithful photographs. Travel to Cuba with photographer and educator Derrick Story to sample its people, places, and culture. Derrick shares what he learned about this fascinating island nation, plus tips on planning and preparing for the trip.
Topics include:

Video: Exploring the music and art in Cuban culture