The importance (and unimportance) of gear 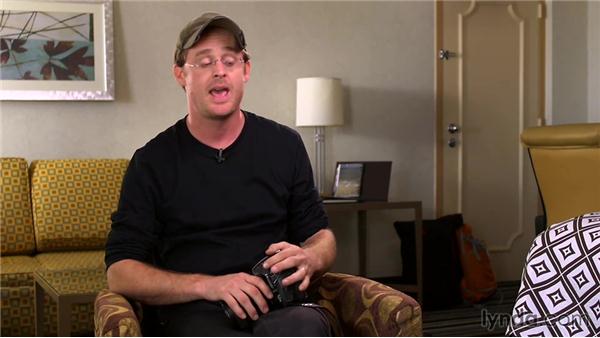 One element of being a photographer, is you've gotta have lots of this stuff, you …gotta have cameras. And a lot of gear, and a lot of people, …that's their segway into photography, is getting really obsessed with the …technical side of it. And getting really obsessed with the …newest lens, or the newest camera body, or the newest tripod or the newest flash. …And I gotta say, it just doesn't interest me at all (LAUGH). …I'll get a camera and it'll work and I'll just run with it. …And when it doesn't work, and you know, this one right now doesn't, this is like …really rough to zoom and it you know, makes my life hell.…

But I know that it'll work and I know the kind of images I get out of it. …And the thing that I always tell people is, they're hammers. …They're tools, that's what we use them for. …And, they're not precious items, you can see mine is a little beat up. …It's got tape on it, it's broken um, (LAUGH) but as long as it works and it …shoots and I've got something that's going to record light. …

Video: The importance (and unimportance) of gear