What is a camera? 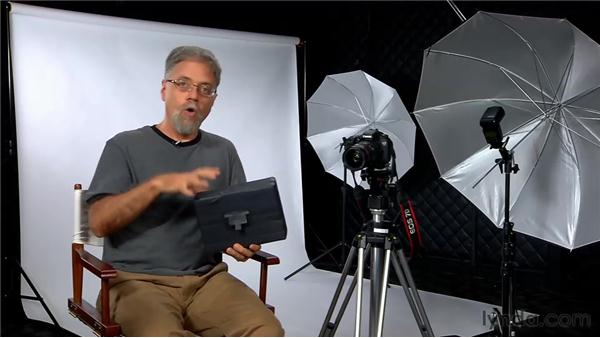 Your digital camera is a marvel of 21st century engineering, but if you could somehow strip away all of the automatic features that are just there to make it easier to use-- autofocus, autometering, the LCD screen, the electronic shutter control, all the rest of that stuff--you'd still be left with a functional camera, because at the most fundamental level, camera technology has not changed since the 1850s. All cameras are built on the same fundamental chassis, a lightproof box with a hole in the side.

One of the earliest such devices was the camera obscura, a darkened room with a hole in one wall. Now, because of the physics of light, a scene outside the room is projected through the hole upside down on the wall opposite the hole. Of course, the camera is no good without a way of recording an image, and with a camera obscura, this was pretty easy. You just stuck a Dutch master in the room and he traced the projected image onto paper. With the invention of chemical photography, it became possible to shrink the camera obscura down to the size of a box, and that's what I have here.

This may look like just a cardboard box that's been wrapped with black electrical tape, but it's actually a camera. This is a pinhole camera, which I made by taking a cardboard box and wrapping it with black electrical tape. It's a completely lightproof box, and in the back I've placed a piece of film. This is one of the things that's kind of a drag about a pinhole camera is that you take a shot when you want to take another, you got to open it up and put another piece of film in the back. On the front, I have a shutter just like in my normal camera. It's a little flap that I can open and close, and I've got a piece of aluminum that I punched a pinhole into.

Now again, this is just something to do with optics. When I open the shutter, light gets passed through that little pinhole and projected upside down onto the back of the box. So to make an exposure, I set the camera up, and I have to try and guess where I think the framing is, and I have to calculate an exposure by hand, and once I have done that, holding the camera very still, I lift the shutter up, and I keep it open for a long, long time. The pinhole camera can be greatly improved on with the addition of lenses and all of the other automatic stuff that you get in a normal camera.

The lens gives you shorter exposure times, the ability to focus more light, the ability to shoot in lower light. This, of course, is how film cameras have worked for the last 150 years. With digital cameras, the piece of light-sensitive film that's inside the camera body was replaced with a light- sensitive image sensor, and a lot of fancy gear was stuck to the outside of the camera. But the basics of exposure in your digital camera remain exactly the same as they do in a basic pinhole camera. As you discovered earlier, exposure is the process of controlling how much light hits the image sensor, and your camera has two mechanisms for controlling light: the shutter and the aperture.

We're going to look at these in much more detail throughout the rest of this course.

Video: What is a camera?