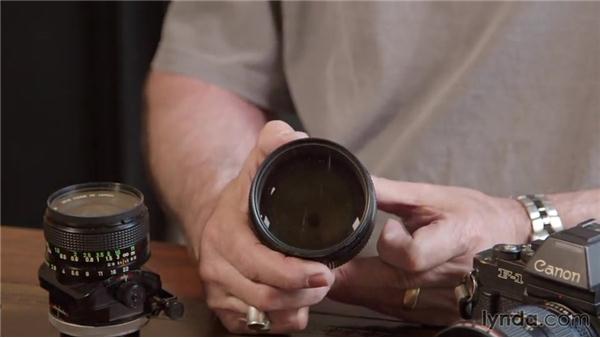 …Okay, so now that we've decided on what format of film we're going to shoot and…what camera we're going to use to transport that film,…our next decision needs to be what lenses do we want to have with us.…And I think lenses bear a very important relationship with…the end result you're going to get as you make photographs.…Worked with Dennis Darling at a workshop.…He teaches photojournalism at the University of Texas, and…he's a big believer in a normal lens.…Which for a 35 millimeter, a 50 millimeter lens is a normal lens.…

It's referred to this way because it duplicates human peripheral vision.…So if you're standing on a spot and you make a photograph with a 50 millimeter…lens, what you capture on film is essentially the same view…that an individual would see when they were standing there.…Dennis likes the truth of that.…As a storyteller, as a journalist, he feels that if you…switched to other focal lengths, you're making a more interpretive decision, and…you're not sharing all the truth with your viewer.…