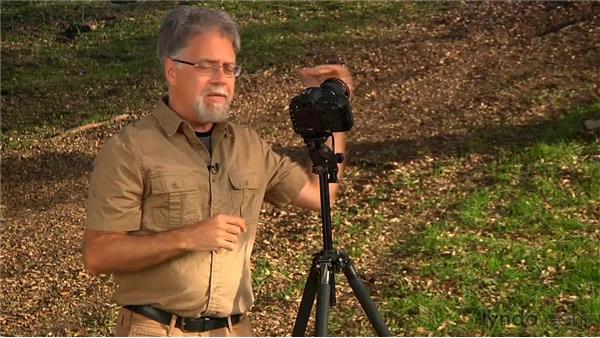 A lot of people think, "Oh, well, what wide angles are for are when I see a big grand sweeping distance, I really need a wide-angle lens to capture all of that." Problem is with wide-angle lenses be sense of depth in your scene is stretched very far. So things in the distance are going to be very, very, very, very, small. And so wide-angle lenses are actually not that great for capturing wide vistas. Very often what I use them for the most are places that might be a little counterintuitive. Shooting indoors. Trying to get angles that are a little more interesting and delivers something that my eye normally can't see. Obviously there are some things you want to shoot like maybe a mural that does need a wide-angle to get the whole thing.

Sometimes you might be shooting an event where they are indoors, where there are simply too many people to fit in the frame with a normal lens and so you go to a wide-angle. As you learn about the wide-angle capabilities of your lens, it's really good to start thinking about using it in more situations and start practicing using it in more situations than the ones you may think are obvious wide-angle situations, but that said, there are some important things to know about wide-angle lenses. I have on my camera right now a very good 16 to 35mm lens. This camera has a full frame sensor, so there is no multiplication factor to that focal length.

This is exactly what a 16 to 35mm lens would be on a 35mm film camera. I am at the 16mm and wide right now, which is very, very wide. In general, you can assume that 28mm, 24 to 28 is what's considered a wide lens. Anything shorter than that, anything with a wider field of view is considered an ultra-wide lens. So I am on an ultra-wide lens right now and let's take a look at what I see through my camera. I've got this tree here and you can see that horizon line back there and I've got the sky in the background.

Now I want you to notice something about the horizon. It's for the most part straight. It dips a little bit on the edges but that's because that particular part of that ridge dips. And look at the branches up there. For the most part this looks like a pretty clean image of a tree. Now I'm going to tilt the camera up and I want to watch the corners of the frame, as I move the camera around you can see the corners stretching, and warping, and bending. That's wide-angle distortion and you're not seeing a lot of it on this lens, because this is a very good lens. But on a lesser lens you would see the branches starting to crawl and bend at the edges.

When you're shopping for a wide-angle lens, this is one of the things you want to check out. Watch the corners as you tilt the camera around and as you pan the camera around. Here you can see them stretching a little more as I pan. If that stretching is happening a lot you've got a lens with a tremendous amount of distortion. Another thing to look at here, watch the horizon. As I tilt up and down, I'm not getting -- the horizon is for the most part staying straight. It's not warping at the edges. All of this means that this is a very low distortion wide-angle lens.

Right now I'm zoomed up to 16mm. This lens is a rectilinear ultra-wide angle lens. What that means is it's got elements in it designed specifically to correct to that distortion in the corner and to keep the horizon straight. It's trying to create as realistic an image as it can, though it's very wide. A wide-angle image is inherently somewhat unrealistic and a little bit abstract, but this is trying to keep the geometry in the image as believable as possible. That's at 16 mm. I'm not going to change to a 15 mm lens, only 1 mm difference.

However, this lens does not have-- this lens that I'm going to switch to, which I have and I have right here. This lens does not have any rectilinear correction in it. It's called a fisheye lens, and as you can probably see the front element of the lens here is really rounded like the eye of a fish, I guess. I don't know. I haven't spent a lot time looking at fish eyes, but I'm going to put it on my camera here. And so I'm framed pretty much with the same and if we look through the lens, watch what's happening over here on the edges.

First of all notice that the field of view is much wider, you can see one of the lighting elements that we have set up in this shot. Now as I tilt the image up and down, look at the horizon. It's twisting and melting and getting all surreal and look at the tree branches. They're really, really, really moving around. As I pan left and right, the tree is almost like it's waving in the wind. It's twisting and bending so much. So this lens is, being a fisheye lens, is not getting the benefit of rectilinear correction.

So what it's got is a lot of spherical distortion. The image looks like it's mapped onto or projected onto a sphere and as I pan around I am looking around the edges of that sphere. That's not typically something you want in a wide-angle lens. Now fisheyes have their own applications. There are a lot of fun images you can take with a fisheye. Because the field of view is so wide, sometimes it's the only way to get certain types of images. And if you're careful, you can still try and shoot straight, horizontal, and vertical lines. You've just got to be very careful with your perspective.

So Fisheyes are great for creating a very stylized look. For a more general walk-around wide- angle lens you want to be sure that you get one with rectilinear correction, something like this. And again, that's the kind of thing you can test very easily on a lens just by going to a camera store, putting it on your camera, and panning around and watching the edges in the corners. So if you do get yourself a nice rectilinear wide-angle, there are still some things to understand about how to shoot with it. Though it's pretty clean as I pan and tilt it around, there is still some distortion. Lines are moving around a bit.

One is potentially a little more flattering than the other. It's something that you just need to pay attention to while you're shooting. So when you're working with wide-angles you've got to be really careful to watch the edges and watch your lines. It's something you can get very practiced at. And for the most part the movements you need to make are very slight. Now we're talking about ultra wide- angle lenses here. All of that's still true with not so wide-angle lenses like 28 mm, 35 mm, but still keep an eye out for that when you work with your wide angles.