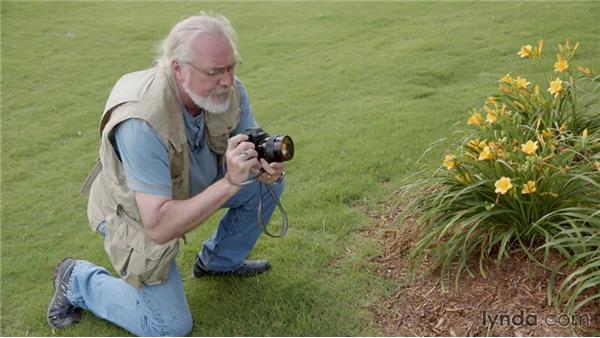 …Okay, we're ready to head out into the field and start to make photographs.…Just to reiterate, I'm shooting with Ilford HP5 Plus 400 speed film.…I've changed the ISO setting on my camera to 320, so I will slightly…overexpose the film as compared to the manufacturer's speed rating.…I think this film choice will work well today.…As you're probably noticing, we're going from clear sun to cloud cloud cover here.…We've got a typical Oklahoma day with these gentle breezes of…about 10 to 30 miles an hour with puffy clouds in the sky.…

So we're going to have a rapidly changing environment to contain with as we…make the photographs.…One of the things I want to talk about briefly is the film itself.…Unlike the digital sensor which just captures the reflectance of…light as well as the color of that light, all this is recording is tonality.…And it's recording that tonality the amount of…light reflected by activating silver halide crystals with a latent image.…We will later chemically turn that latent image into black metallic silver.…