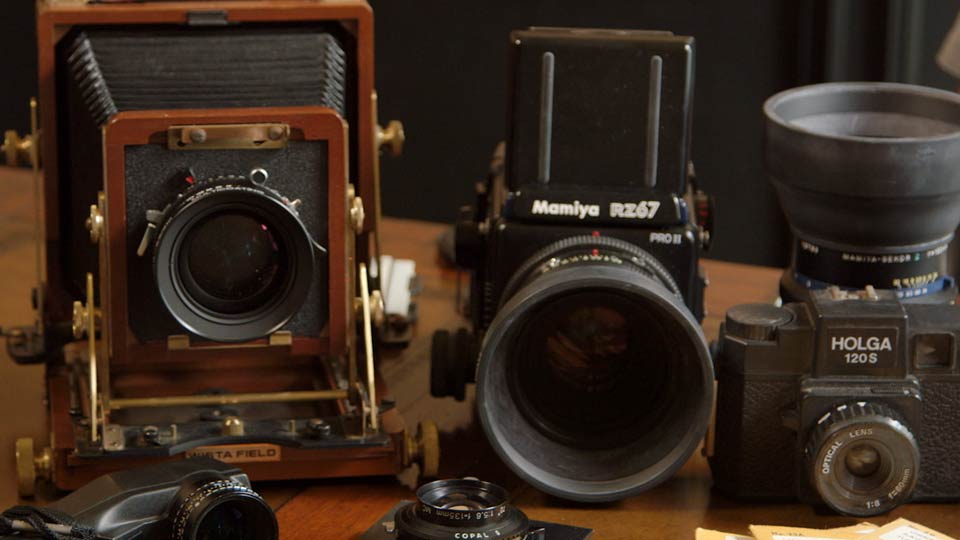 - I'm Konrad Eek, a photographer and framer, and what I'd like to share with you in this course is how to get the magic out of this box. We're going to explore the entire process of film, from the shooting, to the processing, to the eventual output that gives you a positive image for your efforts. I want to start by going through some of the gear that's available, the different cameras and the different formats of film that you might choose. Then we'll talk about the techniques involved in shooting film, because they are different from what you use in digital capture in some ways.

We'll take some time out in the field to actually capture images, where I can demonstrate the techniques that you might use to make your black and white photography better. We'll bring our exposed film back into the kitchen, and do the process to get that film transferred from latent images trapped in emulsion on a layer of plastic into black metallic silver that can actually be used to create an image. We'll look at scanning those negatives to create digital output, but we'll also do a really quick exploration of darkroom technique so you can see the process of making an enlargement from a 35 millimeter negative.

I'm really looking forward to this, and I hope you enjoy the journey with me.