Packing for a journaling trip 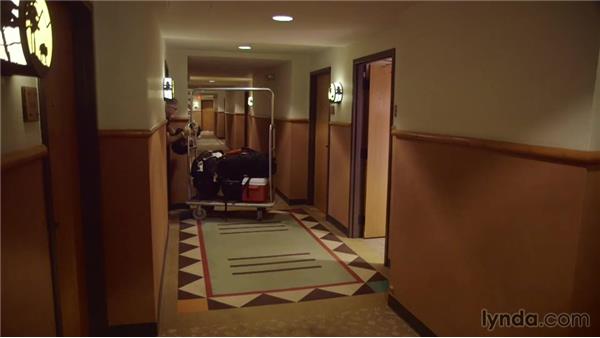 I'm a few days into the ride and I've settled into a nice routine. That's actually part of the enjoyment of a road trip like this is it's this very clearly defined set of deliverables for every day. I gotta get packed, I gotta get moved to the next place, I gotta get unpacked. And the packing is an interesting an interesting subject. Because it's not just about all the stuff that I'm putting on the bike, there's a lot of preparation that I need to do to get all of my digital gear ready. Obviously, I need to make sure that all my batteries are charged. I need to make sure that my media cards are where I want them.

I am not erasing any of the cards that I'm using. Instead, I'm backing them up to a hard drive and keeping them full. That way I've got two copies of everything. Media is so cheap these days. There's kind of no reason for me to be reusing cards while I'm on the road, as long as I've got enough. The great thing is I can walk in to any Radio Shack or Wal-Mart and get more if I run out. So I'm making sure that I've got media cards loaded into my cameras in the right way, batteries are charged. For the geo-tagging, though, it's very critical that all my clocks be set properly. I need the cameras set to the same time as the GPS.

Now, you don't have to be set to the second. If you're within a minute, that's as close as you need to be. Any GPS device is going to be set off of the GPS system in the sky, the satellite system. Which is set using atomic clocks to the actual, absolute, universal clock that's held in Greenwich. That's also probably where your cell phone is set off of. So, I just take out my iPhone, look up the time, and set my cameras there. The tricky thing is remembering to do it when I change time zones. I've gotten messed up on this trip a little bit because I crossed a time zone, forgot to change it, and my geo-logging was off by an hour.

That's easy to fix if I'm using the right software. But still, it's just nicer to have my cameras updated. So I remember to check that in the morning. Couple of other things I do before I leave, check all of the outlets. Hotel rooms and motel rooms very often have very few outlets, and so you end up using the ones in the bathroom. You end up using the one hidden behind the TV. So be sure that you check all of those if you've been doing a lot of charging. Finally, I shake the bed out really good, because it's very easy for something to disappear underneath a pillow, or into the fold of a sheet or a blanket, and get left behind. So I shake that out real good and make sure that I've gotten everything out of the bed.

So the next part is getting everything onto the bike. My whole packing scheme is this complex system of nested bags. It's like, it's like, those, those, those Russian dolls that stack, because I keep most things in some bag that goes inside of another bag that goes in the bag that I put on the bike. And the reason for that is, these panniers open outwards. And when they open outwards, if there's stuff in there that's just loose, it all falls out all over the place. The other thing is, I don't always want to unpack the entire bike. I want to, if I'm just going to stay somewhere for one night, I know that I need maybe a change of clothes and my toothbrush, and my computer and some hard drives and some cables.

If all the hard drives and cables are in one bag, I only have to grab that. If all I'm going to do that night is go in, go to sleep, read and charge a bunch of stuff, then I grab the stuff that has all the chargers, and I grab my Kindle. So having things organized into separate little bags and compartments, makes it easier for me to get stuff off the bike without having to unpack everything. It also means that I don't have a lot of loose stuff to just fall out and get lost. Although in this case, I did lose an entire bag. So I lost a whole bunch of GoPro mounts, which is a drag. I either left them somewhere or they fell out by the side of the road.

That happened because I packed a little too much stuff. There were some things that I didn't need. Don't forget about the post office. It's a really handy thing when you're traveling. I took five or six just small things that it, it turned out I wasn't using. I stuffed them in a box and mailed them home. I'll just deal with them later. So far I haven't missed it. There's that I, I'm really pleased so far in the ride, I have used every single thing that I brought. Except for tire repair and first aid kit, and hopefully that will stay that way. There's a real satisfaction in knowing that over the years I've refined my packing down to only those essential things. Finally, there are a couple of journaling things that I do.

The main one being, I take a picture of every hotel room that I stay in and every camp site. It's a strange place at the end of a day particularly if I've been battling weather. The room is such a welcoming place even if it's a flea bag hotel. And if you're doing room after room after room, it can actually become difficult to remember, wha, wha, what was that room like that I stayed in, in Columbus, New Mexico? So I really like having a nice wide shot of it. I either do that with the phone to ensure that it's geo-tagged, or I geo-tag it later. And I, I get that nice wide shot. And that usually goes into the journal because I like writing about the room.

It's also a nice way of noting where the good hotels are, and motels are, if I want to come back and stay there. So, with the bike, all packed up, I'm ready to start the next part of the routine of the day, which is to go take some fabulous ride somewhere.

2/21/2014
Photography is a great way to create a record of your travels, but it isn't the only way. Keeping a written journal as you travel is a time-honored way to keep track of your experiences, moods, and impressions.

In this course, author and photographer Ben Long explores the tools and techniques behind modern-day travel journaling. Ben takes us on a road trip across the Southwest to detail a variety of methods for documenting the salient moments of a trip. Ben discusses and demonstrates software and hardware tools for capturing the notes, images, and location data from your trip, and assembling them into a journal that you can share with others or keep as a personal memento of your travels. He also shares tips on publishing your journal as a PDF or a printed book. Along the way, he provides insightful advice on establishing a balance between documenting your travels and experiencing them.
Topics include:

Video: Packing for a journaling trip