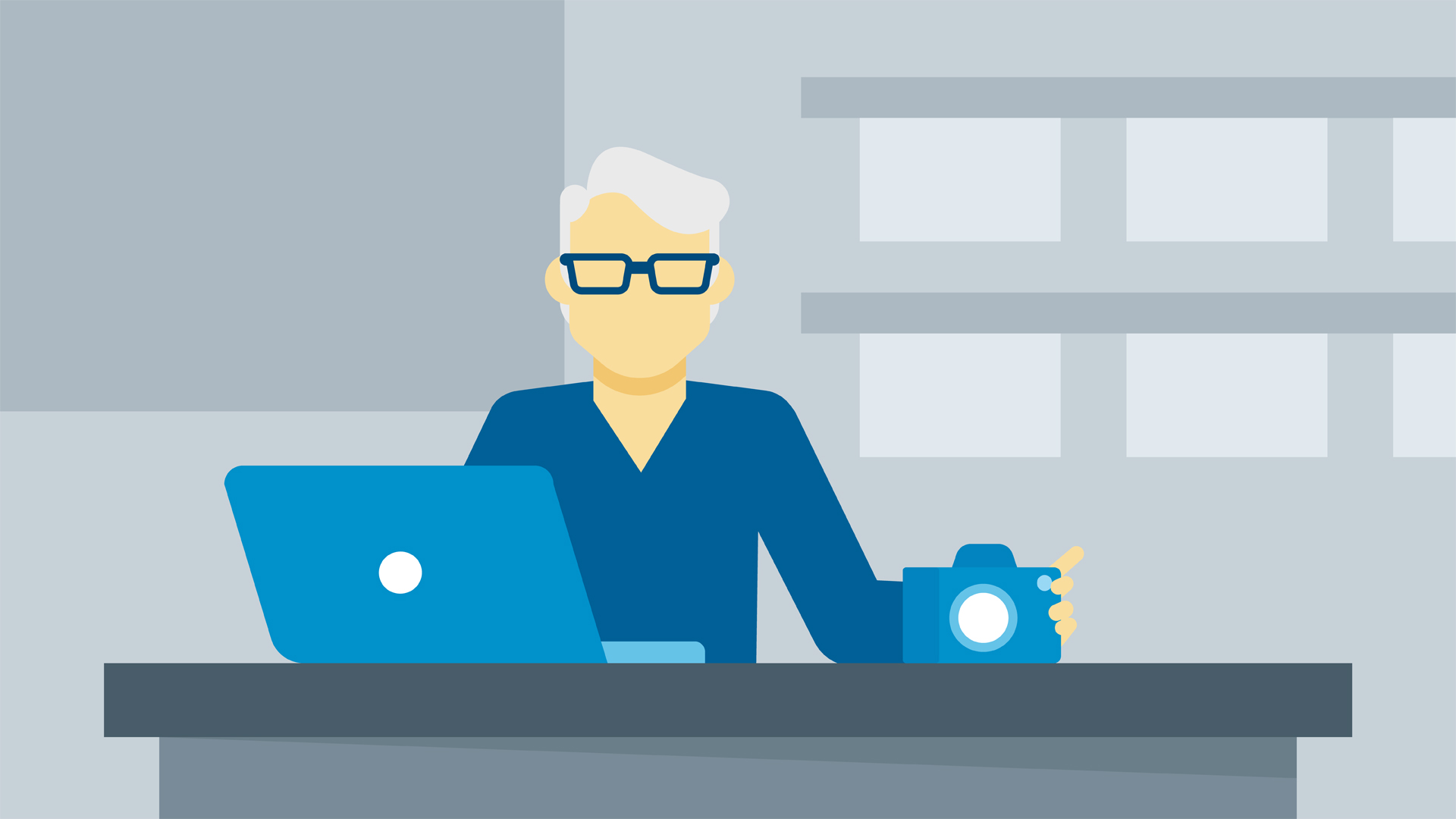 6/13/2014
The photographic landscape is always changing: new gear, shifting business models, and more ways to promote your work and your business. How do you keep up? There's no magic formula that works for everyone, but hearing how one photographer has built a career can help you develop a strategy that works for you. In this course, we visit with Derrick Story, a commercial photographer, educator, journalist, and blogger.

In a wide-ranging discussion, Derrick talks about his lifelong love of photography and how today's successful photographer needs to leverage multiple business opportunities, with each one feeding the others. For example, to keep up with changing gear, you can blog and/or podcast about new gear as you acquire it; to promote your work and your expertise, you can conduct workshops to teach the areas that you specialize in. He also shows how to take advantage of the social media landscape to build your brand.

So we did that and I actually got, my very first assignment was a cover story for the local newspaper. After that he hired me for a stringer, and I shot and wrote for him for a couple years, and this was going into high school, so it's been a long time. Well, you know, it's interesting starting out as a journalist, I think, and I think that was a break, because it's story telling, right, what we used to try to do for the newspaper is, you know, tell a story, in a few words and with a photograph, and that was good training early on, because basically I think photography is, all the way up to right now using social media, is telling some sorta story, and I, you know, so I'm thankful for that, and I think that having that journalistic background really helped me even to this day, because what I learned then applies right now.

The mediums a little different, a few things have changed how we do it, but we're telling stories. The writing's important, and I think the writing has been important all along, I also, originally I saw myself as a writer first, and a photographer second, and even in college I was an English major and a design minor, so it's always kinda been that way. In the early days though, the writing helped me a lot in the sense that people could hire one person, and I could both write the stories and shoot the pictures at the same time and so that was very handy, whether it was the newspaper, magazine or even for corporate work, so that turned out quite well.

Video: Getting started in the business of photography