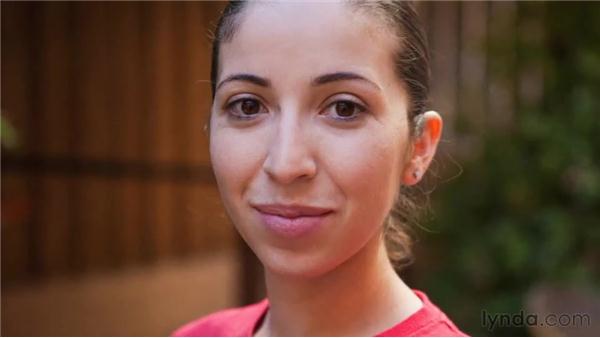 By now, you should be very comfortable with shutter speed, aperture, and metering. You should know to read shutter speed and aperture settings--how to change them, and you should understand what impact particular settings have on your image. And of course, you should have been practicing--a lot. I am going to be honest with you now, though. I have been holding out on you. There is actually a third exposure parameter called ISO, and it's truly the key to solving some difficult exposure problems. But it is very important that you have this aperture and shutter speed thing under your belt before we move on to ISO, but now you are ready.

ISO is a measure of the sensitivity of your image sensor. If you have a film background, then you are probably already familiar with ISO as a measure of film sensitivity--sometimes referred to as film speed--and you may even remember ISO being referred to as ASA. ISO is the same thing. By default, your camera is probably set to an ISO of 100 or 200. So take a look at our set here. We have got a new smattering of antique cameras arrayed, and I want to take a picture of them. Now, for the sake of example, I am going to say that I don't have a tripod here.

Let's say I stumbled into this scene while I was out walking around shooting hand-held, and I am ready to take a shot of it. So I am lining up my shot, and I am half-pressing my Shutter button to meter. Take a look at my shutter speed down there; it's saying somewhere between a 10th and a 15th of a second. That's way too slow for hand-held shooting. Now, in previous lessons, we told you that what you can do in that situation is stabilize your camera and assume a good position, and that's all always true-- you should always be trying to shoot as stably as possible--but still, a 10th of a second is too slow.

Before those charges can be analyzed, they have to be amplified, because they are very minute signals. When you increase the ISO setting on your camera, all you are doing is turning up that amplification. Now, because it is more amplified, weaker light levels are more significant, so you can get away with less light, which means shorter exposure times or smaller apertures. Now think about what happens when you turn up the volume on your stereo. As you amplify the sound more, it gets louder, but you'll also hear more noise, a hissy sound. Electrical components in your amplifier, other gizmos in your house, cosmic rays passing through the room--these all generate electrical noise, and as you amplify your sound, you also amplify that noise, and so you hear a noisy hiss as your volume gets louder.

Your image sensor works exactly the same way. As you increase the amplification of the signals that come off the sensor, you exaggerate any noise that the sensor might have recorded from the other electrical components in the camera, or those cosmic rays that might be passing by. And you find that that noise will appear in your image, as speckle-y patterns that look like this. Now how much noise will be generated will depend on your camera, and we'll talk later about assessing your camera's noise response. Obviously, you'd prefer not to have noise in your images, so you should always try to keep ISO as low as possible.

That said, the ability to change ISO from shot to shot is one of the great advantages of digital over film, and something can really nag films norms about. Here is why. First of all, as you have seen, when I get into a situation where I am trying to shoot hand-held, and the light is so low that I can't because my shutter speed will go too low and my images will be shaky, all I have to do is turn up my ISO. Now, take a look at these standard ISO numbers. Each one is double the previous. Now you should know by now that what that means is each one is one stop apart.

So if I meter a scene at ISO 100, and my camera recommends a shutter speed of 1/30th of a second--a speed that's a little too low for hand-held shooting--then I can turn my ISO from 100 to 200, which is a difference of one stop. One stop is a doubling of light, and that means my sensor is now twice as sensitive to light, so when I meter now, my camera chooses a 60th of a second. With that single shift, I am back in the realm of safe hand-held shooting. Well, now let's say my subject is moving, and I am afraid that a 60th of a second is too slow to freeze their action.

I can dial from 200 to 400, and my shutter speed will go from 1/60th to 1/125th. I know 60 times two is actually 120, but 1/125th is a kind of standard shutter speed that got established long ago, and that's what we use. Raising from 400 to 800 will get me to 1/250th of a second, and so on. In other words, ISO has a reciprocal relationship to your other exposure parameters, so you can use it to buy yourself more exposure latitude. This is great for low-light shooting, but not just because it's simply let's you shoot in the dark.

Say you are shooting at dusk, and you really want deep depth of field. Unfortunately, it's just dark enough that when you close your aperture down to get that deep depth of field, your shutter speed then slows down to something too low for hand-held shooting. Raise your ISO, and you get your shutter speed back, and so you can shoot with the shallow depth of field that you want. Your camera probably has an ISO range that goes from 100 to 600, but it may go farther, or it may stop at 400. It may also be divided into fractional ISOs, like you can see here. These are one-third-stop interval ISOs, just the way that you saw one- third-stop apertures and shutter speeds.

Your camera may also have an auto ISO feature. When ISO is set to auto, your camera is free to make ISO adjustments when it's making other exposure calculations. And sometimes you'll find that your camera, rather than slowing down shutter speed, will increase ISO instead. This is your camera trying to protect you from getting too slow a shutter speed. Your auto ISO mechanism will not necessarily use the full ISO range of your camera, so if you are going into a low light situation, and you know your camera can do well at ISO 1600, you may need to set it specifically to 1600, because the auto mechanism may not be willing to go that high.

But what you really need to know next is how far you can push ISO before you get an image that's unacceptably noisy.