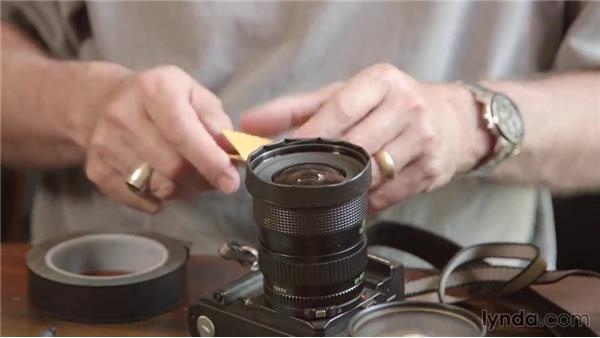 …Now that we've decided what camera, and what lenses we want to take with us,…we need to figure out what other gear we want to take along.…This camera has a really nice internal light meter that some of…the other ones I showed you won't.…I took away the plastic cameras, large format cameras.…There's no way there is to determine proper exposure.…So, if you're using one of those,…you might want an external light meter in order to establish accurate exposure.…There is a couple of different kinds you can use.…This is a, a pretty sophisticated one.…

It's an incident meter, and it can also be a reflective meter.…Now, those two terms you may not have heard before.…An incident meter records whatever the ambient light is at…the point that you're sitting in at.…In other words, it's recording the, the light right on the lumisphere here.…A reflective light meter is what you have in your cameras.…All your internal meters there are recording the light that's…reflected off whatever you're photographing.…The advantage of this kind of meter is it's recording the intensity of the light.…