Essential items to pack for a trip to Central America 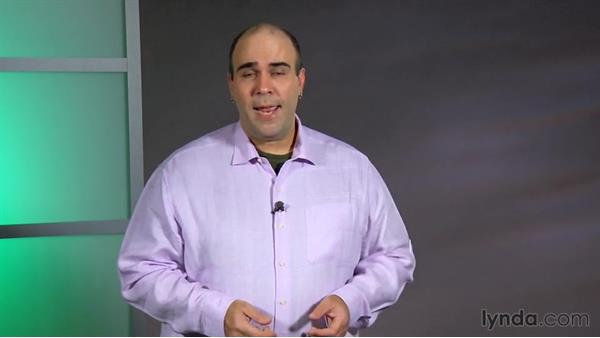 - We've established that Costa Rica is a tropical and a sub-tropical environment. This means you need to be prepared for a lot of different types of environments for shooting. From hot beaches to cold rainy days. You may find yourself in a cloud forest, a moist forest, a rainforest or a traditional forest, all sorts of different types of things to shoot through. You might find it useful to bring a haze filter or a circular polarizer to cut through some of that haze while shooting. Additionally, lots and lots of layers.

I would find myself going through the day or even on a particular hike as we change elevation, going all the way down to a damp t-shirt from being so hot that you could barely stand it to a little bit later being absolutely freezing cold. You're gonna have layers upon layers of clothing and hopefully, lots of rain gear. I strongly recommend rain gear for your camera and rain gear for you. For your own camera, you don't have to invest in anything too expensive, this tends to just be sort of a (indistinct) bag, that can be put around the camera and cinched tight.

I'm also a big fan of dry wicking clothing, stuff that's gonna quickly get rid of the moisture and allow you to be dried off. These include things like exercise shirts and lightweight clothes. You are gonna be doing a lot of walking and you need to be comfortable, so this means rock solid boots with lots of support. Now, from a power point of view, I recommend lots of batteries so you've got plenty so they're charged. You're gonna find yourself in tougher weather conditions and potentially some cold, which could suck the battery life down.

Now, if your country uses 110v, for example, I'm from the United States and that's what we use, your default chargers will likely work. But most of the plugs in Costa Rica are two prong plugs, so if you're using a power strip or your equipment takes a three prong plug, you're gonna need to go to the hardware store before you arrive in the country and bring those three prong to two prong adapters. I also strongly recommend surge protectors. I found myself when I was in bigger, busier urban environments, having readily available reliable power, and I'd charge up all of my batteries.

And then we'd sometimes go into more rural environments or downright mountainous, and in those cases the power fluctuations were pretty wild. Having a surge protector means that your equipment stays safe, and I cannot recommend strongly enough, try to minimize plugging your equipment directly in. For example, I would charge up my camera battery separately and then put those in the camera. I never connected the camera directly to the wall. Same thing with the computer. I would charge up an external computer battery and then, run off off that whenever possible.

Now, that's not to say that the whole country is not having good power. There are plenty of places where this will not be an issue, but be prepared that power can be a challenge, particularly in some of the more remote locations inside of Costa Rica. I can't tell you enough what a good idea it is to bring an air blower, not canned air, but something like a rocket blower so you can blow out dust from inside the camera sensor. A lot of times that built in sensor cleaning is just not enough, in fact, you may make it time to actually learn how to clean your own sensor, and bring some of the swabs with you so that if your sensor gets dirty, you can get it cleaned.

I'd recommend for that matter, traveling with more than one camera body. If you've been sitting on the fence waiting to buy a new camera, buy that new camera, and don't get rid of the old one just yet. Keep them both so that you have two bodies when you're out there shooting. It's a great idea, this way you've got backup in case something goes wrong, and you could shoot with two different lenses without having to do swaps in the field. For some of the basic comfort things, a model pod is a great idea. Now I didn't travel with a dedicated model pod, rather I used a tripod that could convert to a model pod.

We'll take a closer look at that later but this is a great piece of equipment. This was really, really useful and gave me steady shots. But there are so many times where having a tripod was absolutely essential. Whether you're creating a landscape, shooting in HDR of a great waterfall, or wanting just to capture things in low light. And I'll let you know this, if you're under the canopy of the rainforest, it's often pretty dark. Having that solid tripod, fantastic idea. But I invested and brought both my rugged tripod when we were driving places and I could work out of the vehicle, and an ultra lightweight tripod when it was necessary so that I could easily take that with me and carry.

Speaking of carrying things, make sure you invest in a couple of bags. And I would get bags that are very nondescript. Go to an army depot store, find something that doesn't look glamorous, rough canvas bags, really basic things. You'll want something that does not stand out. You don't want it to look like a theft target. You also might find it useful to use a photo vest so all of your equipment stays right on your body inside of those pockets, and for me, I invested in rock solid camera straps.

I really wanted that ability, that if somebody was to try to cut my camera strap and steal my camera, it wouldn't go through. In my case, I tend to use a strap from a company called BolterWorks and it's actually parachute webbing. This is the same stuff that people jump out of airplanes with. So if you were to try to cut the camera off of my shoulder, it will take about 30 whacks with the knife before you got through the strap. Make sure you stay hydrated with a CamelBak or some sort of water. You're gonna want to bring water with you when you go out in the field.

Don't count on convenience stores or the ability to stop at a roadside stand and necessarily get fresh water. It's a fantastic idea that when you leave your hotel or your lodging, you've brought water with you that you feel confident is safe. Now most of the hotels and private homes that you might be staying with, will usually have water purifiers. But if you're uncertain, bring your own so that you feel confident that the water is safe to drink. And depending upon your country of origin, you might need to get some vaccinations before you travel. Plus it's never a bad idea.

Reach out to your healthcare provider and see if there's any recommended things that you'd get before your trip. This is always a good idea when traveling internationally and will give you greater confidence for your personal safety. Lastly, your passport. I strongly recommend you travel with two photocopies of your passport. This way when you go out for the day, you leave your original passport safe and secure at your hotel, or perhaps in a safe. But always travel with a photocopy of your passport. This will make it a lot easier for access.

If you are traveling in most parts of the country, cash is a much better idea than credit, but as you get into the urban environments, credits cards are absolutely accepted. But what you won't find a lot of, in fact, I didn't see a single one when I was there, was a camera store outside of the capital city. Don't think you'll travel light and get there and buy what you need. Bring what you think you need and perhaps, bring an extra. But always have those smaller bags and don't lug everything with you.

Video: Essential items to pack for a trip to Central America