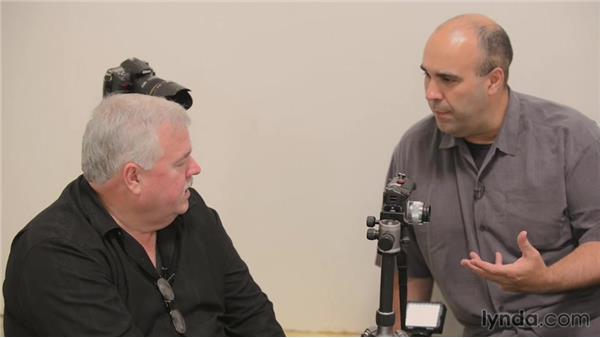 Join Richard Harrington for an in-depth discussion in this video Creative looks with in-camera filters, part of Learning to Shoot with Micro Four-Thirds Cameras.

One thing, Scott, I find most interesting about these cameras is how much thought went into the scene files. And some of the art filters. And while a lot of them are a matter of personal taste. Not everybody likes the Instagram look or the high-con look. There are a lot of choices, aren't there? >> There are and if you come from a compact or point and shoot camera, you're probably very used to having these. This is another step up feature that Olympus and Panasonic both use help integrate people's transition from the point and shoot compact cameras into these more sophisticated Mirrorless cameras.

And if people decide to keep going all the way up to DSLRs, I don't think you need to go any further than what they got here. >> Yeah, and what you're going to see in that is going to be things like a preset for shooting at the beach or shooting fireworks. There's even scene modes for all foodies of the world who want to take pictures of their dinner. >> Well, we're going to start right here with scene one modes, and then you'll talk about the art filters, and it's pretty self explanatory. It's, it's starts with once again and everything works off of this back menu. You can cycle through portrait, ePortrait, landscape landscape portraits, sports, night scenes.

The idea being that if you don't know how to set the camera up to shoot a night scene. You'd be able ti just preselect this and you'd get everything that you want ready to go. >> And, and for those of you that think that even that's too much, there is an intelligent auto mode on these cameras that they're using these days which. Will allow the camera to make its best guess, although pretty much everybody smart enough to be watching Lynda.com is going to know how to go, I'm shooting at night, let me choice the night mode. >> So I just shot that one with the high key mode.

>>Yeah nice look. >> And now i'm going to shoot it with the low key mode, which means one's brighter and ones darker. >> And there's even modes like 3D view, where it helps you do an in-camera 3D image, or we've seen things like the ability to do in-camera panoramic, where it just prompts you through the panning, so. >> There's even a documents there's a fisheye effect one, and you don't really see these until you pull them through post. >> Yeah. >> But, wide angle, et cetera. So, why don't you talk about some of the art filters.

>> Sure. Well, in addition to the scene files, which are really being driven for the environment that you're in. There's a whole mode for art filters, and the idea with art filters is that you're trying to get that post processed look without going into post. So it's in the camera. I just switch the dial from scene to art. Just like there's a preset for the video mode And you'll see in there, that there's a wide range. Now, I'm just going to articulate the view finder here, so I can see it a little bit better. And, so what I'm seeing there, is a wide range of modes.

A, a Pop Art mode being highly saturated. >> Andy Warhol. >> Yes. A soft focus being a nice portrait or sort of a wedding look. Very shallow depth of field. Now, some of that is post blurring. Obviously, if you have a, a lens that doesn't support it, but it does a little bit of that with filtering. We've got the ability to sort of do a washed out, distressed color look. Doing a very high contrast light, the grainy film look for those people that like the look of high grain. And as we go through I'm, a, I'm always a sucker for a good vignette.

The pinhole is popular. I, I freely admit it. I'm addicted to the vignette slider in post. And even things like the ability to do a diorama or sort of an in camera tilt shift simulation. If you're shooting at high angles. across process, much like a bleach bypass or sort of a heavy processed, very much like an Instagram and you've got sepia tones. I love the dramatic tones, it's almost like an in-camera HDR. And a keyline type view or for those of you who are entirely indecisive, the art bracket mode so yes (LAUGH) I know.

We'll just use it right now cause it's convenient, so when we push that. It takes the picture. In post it's actually cycling through every single mode and saving those out as JPEG's. >> We can actually see it on the screen. >> Yeah. >> It's going through every single one of them. So that you can decide if any of those works (CROSSTALK). I kind of like that last one. That wasn't bad. >> What's happening here is I don't use the bracketing mode to shoot that way. But if I'm just saying, you know what, let me get out of my comfort zone and try something new, I might fire a test shot in the bracketing mode. And then as you just saw there, let it play back in real time.

So let's just flip that around again, and I'll do one more exposure. And it runs through all of those, and even tells you which look it is, and so that's going to free up to try some new things. So I think the idea here with these modes, both the scene and the art bracketing filters. And you've got very similar ones in the GH3. You'll see other ones from different manufacturers popping up. >> I should mention, you can do all this in post. >> Yeah. >> But what they decided to do is make it easy to do it in camera in case you don't have those skills.

>> This is just to make it easier as you transition. To more pro-type shooting, to have some options. 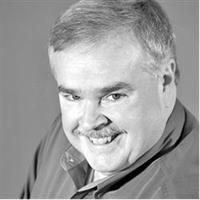 8/20/2013
The micro four-thirds sensor format is enabling a new generation of cameras that combine compact size with DSLR-like features, such as interchangeable lenses. In this course, Rich Harrington and Scott Bourne introduce the micro four-thirds format, detailing its strengths and weaknesses for both photography and video, offering buying advice, and sharing tips for getting the best results when shooting with a micro four-thirds camera.

This course was created and produced by Rich Harrington. We are honored to host this content in our library.
Topics include:

A: We added movies on a new crop of micro four-thirds cameras, including the Panasonic Lumix GH4 and Olympus OM-D E-M1.