Choosing the right interval for shooting 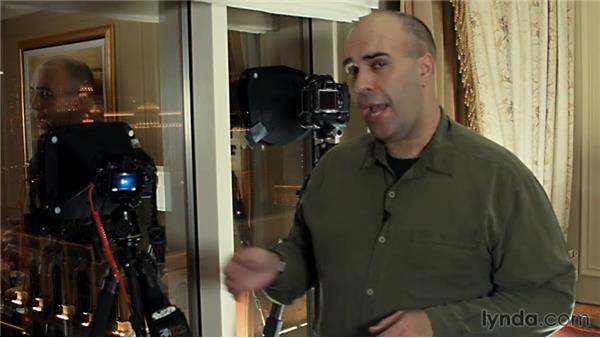 Join Richard Harrington for an in-depth discussion in this video Choosing the right interval for shooting, part of Time-Lapse Video: Shooting From a Window.

At some point you need to choose the interval settings, and there are a lot of things that could impact this. Remember, if you have not shot time lapse much before I'd encourage you to check out the in-depth class we have all about time lapse The Core Skills available here on lynda.com. But I'll recap some of the primary considerations. First off, you need to experiment with your camera and your intervalometer. Some intervalometers are going to measure the time that happens between the triggers. So if you wanted to shoot a five second exposure, you might have to set the intervalometer to ten seconds in order for the camera to take the shot, finish recording and then trigger the next one.

Other cameras actually have intervalometers built in and these are going to measure the time after the shot closes down. So make sure you experiment to get it right. Now with something like night time here, there's a lot of choices. If I was shooting at sunset, I'd shoot a shorter interval so I had more frames to work with as it transitioned. Same thing with a morning sunrise. I'm going to shoot shorter intervals so I could see more things to work with when the sun is rapidly changing. For something like just straight nighttime like this though, I could really spread it out.

Maybe I want to do long exposures so the lights become elongated. Maybe we get that starburst effect. So I'm going to do a long exposure, say ten seconds. And maybe put 20 or 30 seconds between the shots. This way I don't run out of memory card space before the sunrise comes up. Now, there are so many ways of doing this. And it really is a matter of trial and error. The good news is, is you could just use a simple calculator if you want. And think of it this way. Essentially, you need to think about how much time you want to cover.

Others like this remote one here, lets me go down to the decimal point. So it's really up to you to find the right setting or get somewhere close. Now remember you don't have to be exactly right. You could slow down a time lapse or speed it up slightly but you want to be within the ball park of what you need. Alright. Let's go into the settings here. And this particular camera happens to have time-lapse settings built in. So I can go down to time-lapse settings, make sure they're on, step over, and choose the number of frames.

In this case, I had determined that I needed 1,800 frames. Well, notice that the camera tops out at 999. That's very common for the built in intervalometers, which is one of the main reasons why I would to an outside one. But, let's just say I'd only had 999. Well, I'd go for 900. And if I knew that interval was 16 before well that's just double that, that'll get me the results I need. So we'll just go a little bit slower. So 900 shots. Easy enough.

Hit okay. Let's dial in the waiting time. In this case I'm going to tell it to wait three seconds before it takes the first shot. This wait time is basically a delay. So if I push the camera here, it's not vibrating on the first shot. So we'll tell it to wait just two seconds and then, we'll go to the interval time. And in this case I need to go for 32 seconds. There we go. Looks good here. And this particular camera gives you the ability to create a time lapse movie as well as save the raw files.

Most options on the cameras will just make a movie, or save the raw files. But, this is one of the reasons why I like the Olympus OMDEM1, because it has both of these choices. But, it's all set, and I could just go in and trigger that off. So, if I simply push the trigger, it's going to wait two seconds, fire the first shot,. Go through. In this case it's going to wait 32 seconds and then it's going to trigger the next shot. Now as it's going here I need to make some important decisions. And we'll talk about the test shots a little bit later.

You're going to need to dial in the right settings for the camera. But for right now I got the intervalometer right. If I wanted to use the external controls, I get to be much more precise. With this particular one, I'll just take the intervalometer back out, I'm using the trigger trap app. I just open that up for a second. One thing I recommend that's very important is make sure that the screen doesn't auto lock, and don't switch apps. Alright. So I'm just going to turn those settings off, so my lock screen doesn't come up. So on an iPhone, that's just under General.

And there's my Auto-Lock, so I'm just going to say Never Auto-Lock. And I can turn that back on later. But that's just going to make sure that my device doesn't essentially go to sleep. I'll actually tether this to Power, so the phone doesn't go dead in the middle of the night by running out of battery. Looks pretty good there, let's go over to the app for a second. There it is. And there's lots of time lapse modes on trigger trap and there are other ones of these versions on the market from other manufacturers but I can just choose a simple time lapse.

And you'll notice in this case I could be extremely precise so maybe I want an interval of 15.45 seconds. You can go all the way down to two decimal points of accuracy which should be more than you possibly need. Now let's just stop this time lapse for a second, it wrote the file that's fine, and you'll notice that I'm connected here. So easy enough, I'll hit OK and push the giant red button, pretty easy idea there. Trigger the first shot, finishes. And as that counter gets around, when it resets, it's going to trigger the next shot.

There it did. So, easy enough, I can just let that run, and take this and tether it to the camera leg so it doesn't fall. Of course, I bumped it there. So be careful. That's one of the reason why you get everything set and then you let the camera be. And now it's just going to keep running. Alright, I think you got the idea behind the intervalometer, make sure that you get some way to control the camera, whether that be built in menus or something that you attach. Let's go through some of the other important settings.