Advice when walking in a cloud forest 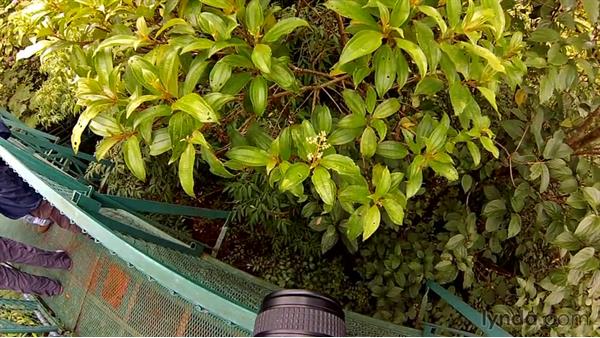 - The region of Monteverde is right along the continental divide for Costa Rica. It's also tremendously high elevation, about 4,600 feet. If you're not used to elevation, and you come from a country that's much lower, or a region that's more at sea level, make sure you budget some time to get used to things. We arrived in the country, and then we spent some time at different elevations. Once we traveled to Monteverde, we got there the night before, really late afternoon.

By giving myself a good night's sleep to get used to the altitude, it was much easier to go hiking. The last thing I recommend is that you rush to that region, and then start walking 4,600 feet above sea level on top of a mountain. In fact, maybe you're not even on the mountain, but you're on a swinging bridge. Give yourself some time to get acclimated. The location is in the clouds, literally. You are in a cloud forest. This means that things can get pretty misty. It's gonna rain, and even if it's not raining, there is so much moisture in the air, that your gear is gonna get pretty wet.

I recommend traveling with a travel towel. These are typically microfiber and very easy to dry out. This will allow you to wipe down your equipment and make sure that you get all of that moisture soaked up. What I liked about this region is that there was a ton of biodiversity here. In fact, one of the most enjoyable things, that we'll look at in just a moment, was the flowers. There's over 420 orchids in this region alone. Absolutely beautiful if you enjoy flower photography or seeing different flora.

As you're walking, and you go into the cloud forest, there's a ton of great walkways. You'll find yourself crossing suspension bridges that can be as long as 550 feet. And the first time you step on one of these bridges, it's a bit disconcerting. Because of this, I recommend you have strong camera straps, and don't be afraid to put the camera down at your side and actually hold onto the railings as you walk. Now, I would stop after I got adjusted and used to it, and used my tripod as a monopod, just keeping the legs collapsed and would press into the railing to give myself a stable platform.

Using this tremendously helped, but you still might wanna kick on image stabilization. Even though you're on a tripod and it's a solid platform, that tripod isn't that solid, because you're on a bridge that's suspended. Now this is not a rickety one out of some old action movie. These are really high-quality bridges designed for lots of people to walk on them. But it is a vibrating surface, so if your camera supports image stabilization, typically the format would be labeled something like active, which means you're shooting from a moving vehicle or a shaking platform, this will take care of that.

Even if you're on a monopod or a tripod, consider using the active stabilization when you shoot from one of these bridges. Another good idea, some safe insect repellent. I'm a big fan of stuff that's biosafe and doesn't contain toxic chemicals, but use what works for you. Because Costa Rica is an ecotourism-friendly country, I recommend you stick with things that are more environmentally safe, or you might offend those around you or your tour guides. As you walk, be prepared for those temperature changes, solid hiking boots, and travel light.

You're gonna be walking anywhere from two to five miles, depending upon the path that you take, and that's just when you go out on the hike itself. But what you'll see is absolutely beautiful. Be prepared though for tremendous different lighting conditions. When you're out in the open, it can be a lot of haze or quite bright shooting off those bridges. Once you get into parts of the forest, it can be pretty dark, and you're gonna find interesting things, such as insects that you're gonna wanna capture. Not capture and keep, but capture photos of.

And because of this, having a good, fast lens is gonna really come in handy. As you get to some of the more rugged areas in your walking, drop the camera. Have it on a good, solid strap, and let it go down to your hip. Don't constantly keep it to your face, because you're gonna be walking on rough surfaces. And the last thing I'd like to see you guys do is trip and fall. Not only might you hurt yourself, but you might unfortunately trip and land on your camera. So if the ground isn't stable, don't walk and shoot. When you're ready to shoot, and you see something you want, stop, plant those feet, look around to make sure there's no animals that you don't wanna be surprised by, and then capture some great shots.

Video: Advice when walking in a cloud forest