Adjusting how you shoot 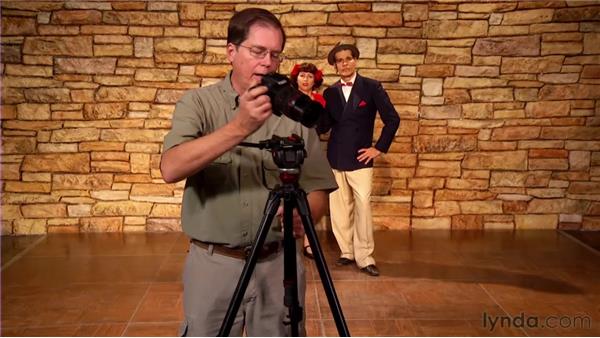 Join Rob Sheppard for an in-depth discussion in this video Adjusting how you shoot, part of Video for Photographers: Shooting with a DSLR.

That was great guys. Thank you, Dave and Kim. We're here at a stage where swing dance practice is going on. Using this fun setting and activity I'm going to get you started on making some adjustments to how you shoot HD video with your DSLR. Now we're going to put the DSLR to practical application and show you how it can work. Shooting video with a DSLR has some similarities to still photography, which I was just doing there, but it also has some distinct differences. There are things that DSLR can and cannot do with video and it's good to know its limitations.

Now, we're going to be working directly with the DSLR to shoot some video and explain some of the ways that you're going to work with video in your own projects. Remember that shooting photography really is a different mindset than shooting video. With photography, you're after that single best shot. When you go to video, you're going to be looking for groups of shots that go together to create a video. So first I'm going to shoot these dancers while looking for that optimum still shot to show them off.

Okay, take it from the top. (Music playing) Hey! That was great.

Thank you Dave and Kim. All right! You know that kind of shooting. You can see the effort to find individual interesting shots and moments. Stills can also be vertical and horizontal and then there are short shots. I mean, what's one of the keys about this is you're finding that short little shot, because all you need is the shutter to go off. So you move on, you take the shot, move on, take the shot. You're watching for that specific moment that's going to work as a still picture. You're not worrying about anything except what still shots that can be captured.

So you're not trying to watch the whole movement over a whole period of time, but you're looking for those little moments that you can capture in a still. Well as you put those together, that might make a nice short slideshow, but there is really not enough there to get a feeling of something actually happening, because all you're getting are these little quick little moments, these peak shots. So we're not getting the feeling of flow, we're not getting the feeling of something really going on.

So I'm going to re-shoot this now for a video to find a variety of shots and to try to get more of that flow. But first, I'm going to put that the camera on a tripod. Putting it on tripod helps stabilize it and helps really to emphasize the movement of the dancers rather than the movement of the camera. It also helps for consistency of shots. Now also remember as I'm shooting, is I'm going to be looking for video clips that fit with other shots. I'm not just going to simply shoot the whole thing from one place; I'm going to move around a little bit and look to work this scene to get some variety and to try to show off the whole flow.

So let me turn on the camera to Video. This particular camera has a totally different setting. So I am ready to go and I am going to turn around and get started. Get set and let's take it from the top. (Music p laying) Okay, that was great guys.

Thank you, Dave and Kim! Now, did you notice the difference? You can see that the shooting is done over time, watching for things happening over that time, watching for movement, following the movement, seeing the different types of action that are going on to get some variety. One of the things that's important, I have to be watching and shooting over the entire time any action is taking place, so that I can look for that movement, look for the movement in the dancing, the movement of the camera following them, looking for things happening in relationship to one other, and I also have to be looking for a variety of shots that can go together in the video.

Of course I'm only shooting horizontals, because there are no verticals in the video. What a difference, right? Well this isn't really hard to do, but you have to be thinking about it. You can't simply point your camera at the subject and shoot little clips of video. You need to think about how one segment of video might fit with the rest of the video that you're shooting. That doesn't have to be a hard thing to do if you just keep in your mind that this is what you're going to do. So key things to keep in mind about this is that video is over time, fluid, following movement, still photos, you're just looking for that short bursts of action, that moment that you capture that can be shown in a still single image. 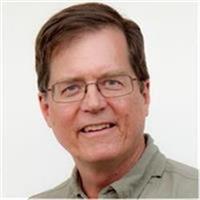 3/21/2011
In Video for Photographers: Shooting with a DSLR, photographer and videographer Rob Sheppard provides the essential foundation that photographers need to make the leap from still pictures to moving ones. From technical considerations, such as audio and frame rates, to aesthetic issues, such as composition and story development, this course presents concepts and techniques photographers need to get the best results from their gear and learn the art of video-based storytelling. Exercise files are included with the course.
Topics include:

Video: Adjusting how you shoot