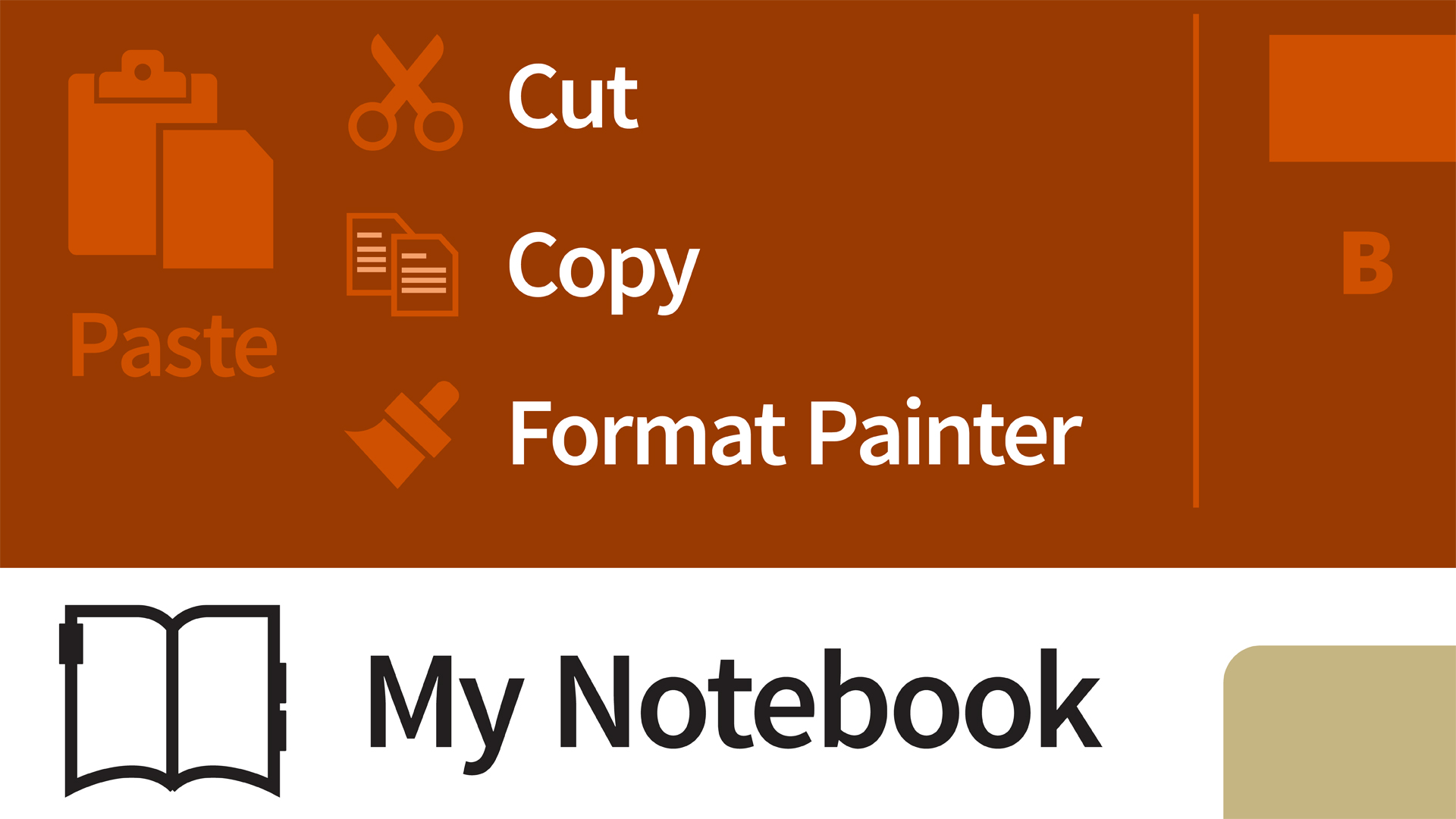 Audio and video can be recorded within a OneNote notebook. Learn how to record audio and have this synced with associated notes at the same time. The audio can then be played back by selecting the point in time of typed notes you want to hear related audio for. In addition, learn a pro tip—how to enable text searching to find matching spoken words in audio and video files embedded in a notebook.

- [Instructor] Have you ever read notes that you took a week or a month earlier and wonder, "what does that mean? "What word is that? "My handwriting's not even legible," or, "I don't really understand what this is saying." If you said yes to any of these, you're not alone. It happens to the best of us. I'm going to show you a note-taking method that can be a real game-changer. By recording audio or video within the OneNote application, there's a timestamp within this recording, and it matches up the notes that you're typing along with the audio that's being recorded.

There's also a way that you can even search for text within those audio and video recordings. So we're going to get into all of this next within this video. The first thing that we need to do is we need to get started by taking a look at the insert tab ribbon. So we're going to go ahead and switch from the home tab over to the insert tab. Now, within this insert ribbon, there's many different things that we can insert within the OneNote notebook. What we're looking for is a way to actually work with the recording group. That's recording audio and video, and we'll find it right here on the ribbon.

In this example, we'll go ahead and record audio. Now, before we get started with this, I want to give you a little more context of what's going on in this page and what this scenario's all about. So on the page, you can see that I've already inserted a screenshot or embedded a print screen of a word document that pertains to the meeting that's happening right now. And I'm in this meeting with others, and we're discussing some changes that need to happen with raises for the next fiscal year based upon the profits that we're seeing coming in.

So I'm going to go ahead and start recording the meeting, and I'm going to do that by clicking record audio. When I do this, we'll notice that the ribbon at the top changes to show us the controls for stopping and pausing this recording. And as I'm talking through this I'm going to type in some notes so you can get a better feel for how it's actually matching up the audio and the typed notes within that timeline. All right, so let's go ahead and click record audio. Okay, so on the page, we actually see an icon that appears. It says 2017 Raises.

It's capturing this from the name of the page. If we look at the top of the page and we look over to the page panel to the right, this page is called 2017 Raises. You'll notice that it also gives it that timestamp. The recording started at 2:13 PM on Thursday, March second. And if we look at the top at the ribbon area here, we have the controls for pausing and stopping this. We could also record video if we'd like if we have a webcam enabled. This particular ribbon that you see is something that doesn't usually show within the OneNote application.

It's what called a contextual tabbed ribbon. Anytime you're working with something, something special like recording audio, we're going to see that it's going to call it out in a special way here, that this isn't a typical ribbon. So audio and video recording. If we were to stop the recording and navigate away from this container, this ribbon will disappear. So while we're recording, we can see we're already at about a minute here of recording. Let's go ahead and actually type some notes. So we need to make changes to this. We need to update the year 2017.

We need to also update what our profits have been. You know they were 25% last year. This year we're seeing a 30% profit, so we'll make a little note here to update that within the letter as well, and with that, you know, what kind of pay raise are we going to be getting for this year? This year, we're going to give a 15% pay raise. So we want to make sure that we call that out from our meeting as well. So as I'm discussing this with my colleagues, I'm taking all of these notes as it's capturing the audio of everybody that's in this meeting with me. When I'm done recording this meeting, I'll go ahead and click the stop button.

You'll notice the keyboard shortcut for that also is ctrl + alt + s if you prefer to do that. Now that I've stopped the recording, we're still able to see the contextual tabbed ribbon, this playback ribbon. We're still able to see the icon for this recording. Now if I'd like to play back the audio, we can see by hovering over this that the screen tip is showing it's a WMA file type. I can play it back by clicking the play control just to the left of that. As I click into other areas of the same container, notice that that play control is following me.

What this is going to do is it's going to play back that precise timeline of when I was typing that note, and it's actually going to start it about five seconds prior to when I typed that note so I don't miss anything, right? I'm probably playing that back if I didn't understand those typed notes, right, or those handwritten notes that I've been entering in this page. So I'm going to go ahead and click the play button here to give you a sample of what this sounds like and looks like. - [Recording] It's, you know, what our profits have been. You know, they were 25% last year. This year we're seeing a 30% profit.

It's, you know, what our profits have been. You know, they were-- - [Instructor] Okay, so I played that twice for you by clicking that play control. You get the idea. If this were a five, 10, 60 minute meeting, you don't have to listen to the entire meeting and fast forward to get right to that time spot of where you didn't understand those notes or where you need a bit more clarification. Just place your mouse cursor next to where you were taking the notes and click the play button that you see to the left. Okay, one final tip, and I really think that this is an awesome feature of OneNote and I'm hoping it's something you didn't quite know yet.

I like to give it as a hidden little gem. On the same playback ribbon, while we're here we can go to the audio and video settings. Now if you're not in this playback ribbon, and you need to know how to get to the audio and video settings, you can also get to it with the file tab. So from the file tab in the backstage area, we're going to check out options. Now in options, we have many different categories of things that we can customize in the OneNote application. I'd like to show you audio and video. The reason I like to point this out to you is here is where it's actually starting the paragraph as far as how many seconds back is it going to go and play back from that point in time where you were typing the notes? You can change that, anything from zero to 60.

And that final little awesome nugget that I was going to tell you about is enable searching audio and video recordings for words. We can actually check this, and when we're doing a search throughout our notebook, it'll actually pick up where it finds words that match the text that you're looking for. A few things for you to note if you're going to try this feature out, you need to have good audio quality. So you're going to want to have those settings that I was just pointing out to you bumped up a little bit, and it's also going to take a few hours for it to index the audio within this notebook.

So after you're done recording, go ahead and leave OneNote open, leave your computer on, walk away from it, do whatever you want to do, but give it some time to actually index it before you start doing the search. The spoken language needs to match the language that has been set within OneNote. So if you're speaking English, it will need to be set to English within Microsoft OneNote. And it can understand several languages, including Chinese, English, French, German, Italian, Japanese, Korean, and Spanish. All right, I'm going to go ahead and close out of the audio search and click okay to get back out of this menu.

I hope you've really liked these awesome tips that I've shown you. It can not only be a time saver but really give you a lot more understanding to those notes that you're capturing, whether they're audio, handwritten, or typed. 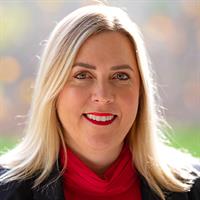