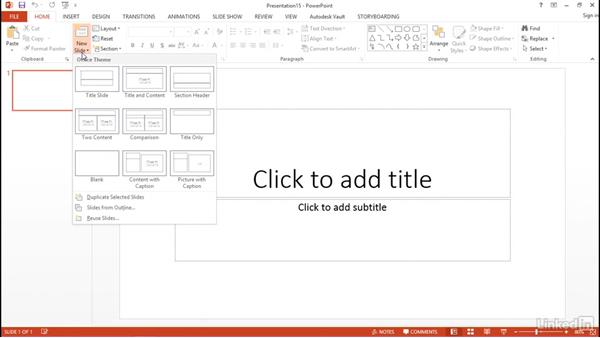 In this video, author Megan Hoffman demonstrates shortcuts to to creating PowerPoint presentations by importing existing content from a text file or a Word document.  Learn tips for formatting Word documents using heading styles and learn how Word formatting impacts imported slides. Master these MOS objectives as a part of your prep for the MOS PowerPoint 2013 exam.

- [Voiceover] In this video, you'll learn to create presentations by importing existing content from a text file or from a Word document. I marked both of these as MOS because they are really critical for the exam. Often times the content you would like to use in a presentation already exists in a Word document or a text file. You can save time by importing this existing content. PowerPoint will create unformatted title and content slides that correspond to the information in the source file. An example might be that I have an existing Word document, you can see that there's text in here that's formatted with heading styles, and I'd like to import that into PowerPoint.

The result is I end up getting a slide for each set of text. So in the Word document, you can see I've got existing text that I'd like to bring into PowerPoint. There's a styles area on the ribbon. I can use these styles to highlight my text. I'll go ahead and click in the Landon Hotel Business Center and then I want to go up to the Styles area and click on title. You can see whether I click on Title or if I click on Heading 1, that entire line is reformatted. It's important to know that anything as a title or Heading 1 style will be created in PowerPoint as a new slide title.

Clicking down in Complementary Internet Access, you'll notice that this has been formatted as Heading 2. If I use Heading 3 through Heading 9, these become sub-bullet text within PowerPoint. So now I'm in PowerPoint and I've pressed Control+N on the keyboard to create a new presentation. That's a nice keyboard shortcut to get that done. I'm ready to bring in the existing content from Word and it's important to note that I have closed the Word document so that it's not still open in the background. The first step for this is to click the New Slide drop-down arrow on the ribbon.

You'll notice down at the bottom, I get the option to bring in slides from outline. I'll click on slides from outline. And then I'll navigate out to my exercise files. And the file I'm bringing in is 02_02_Business Center.docx. You'll notice that PowerPoint added four new slides. The existing blank slide 1 still exists and my slides are after that. So Landon Hotel Business Center, which was formatted as a title, appears as Slide 2. Slide 3 includes Computer usage, which was Heading 1.

And the bullets that I had as Heading 2 come in as well. And the same things for slides 4 and 5. So you can see this is a super-quick way to bring in the existing content that I have set up in a Word document. Next, you'll learn to import from a text file. So I've opened the text file on the screen. This would be in your exercise files called 02_02_Options.txt. The difference with a text file is that there's no formatting allowed in text files, so PowerPoint will bring in each of the lines of text as a new slide.

So I'll end up with several slides as you see listed here. So now I'm back in PowerPoint and you can see I'm looking at a blank slide. The starting point for this is the same as the previous example. I'll go to the New Slide drop-down arrow on the ribbon and this time I'll choose slides from outline. You can see the text file is present here, so I'll go ahead and double-click on 02_02_Option.txt. And in this example, just like we discussed each line in the text file becomes its own slide. So I've got Guest Rooms, Piccadilly, Cambridge, on down.

This becomes a nice starting point for other things that I want to put on these slides without having to recreate the text. So that covers the options for creating presentations by importing existing content from a Word or text file. These are super important in your preparation for the PowerPoint exam. Be sure to practice and get comfortable with both options. 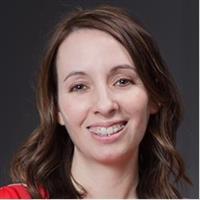 The course first explores the MOS certification program and highlights its cost, format, and objectives. Megan then steps viewers through all the MOS exam objectives, explaining how to create and manage presentations, work with slides and shapes, create slide content, apply transitions and other effects, manage multiple presentations, and more.

Disclaimer: Microsoft does not produce, provide, or endorse this video training course.

Challenge exercises are included along the way, and the course concludes with a full-length practice exam.
Topics include: