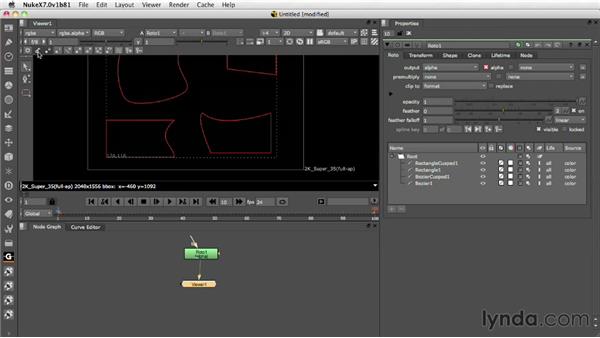 Join Steve Wright for an in-depth discussion in this video Understanding the toolbars, part of Nuke 7 New Features.

Nuke's Roto and RotoPaint Nodes have been completely overhauled improving both…performance and the tools available.…Most of the changes affect the Roto Node, which are carried over to RotoPaint…Node, so we really only need to look at the Roto Node.…By the way, this video assumes you already know the Roto and RotoPaint Nodes, if…you don't, go back and check out those videos.…This video only covers the Nuke 7 New Features.…So, to get the new Roto Node just click in the Node Graph, type 0 as before,…look at up to the Viewer, and we will come up over here to the toolbars and let's…do a pop-up and take a look.…