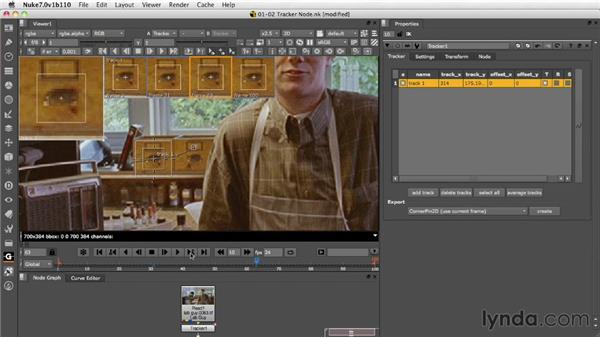 Keyframe tracking is used for more difficult tracking targets due to either…complex image content, or rapid motion.…The idea is to plant periodic tracker keyframes that will guide the tracking…calculations from keyframe to keyframe.…I have a fresh Tracker Node here that I can use to show you how it works.…I am going to zoom in here;…I am using the Shift key.…I am going to plant a tracker right on this box.…Notice, I've got a keyframe on the timeline.…