Whole, half, and quarter notes 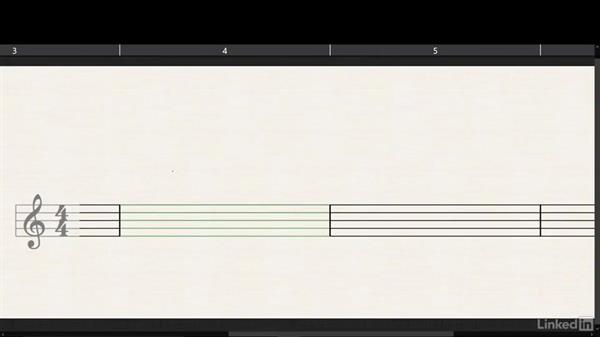 Join Rick Schmunk for an in-depth discussion in this video Whole, half, and quarter notes, part of Learning Music Notation.

- [Instructor] Now that we have a basic understanding of how to notate pitch, let's move on and discuss how duration and rhythm are notated. So the duration of basic note values is indicated by the notehead type and presence or absence of a stem. For example, a whole note is simply an empty or hollow, oval notehead, without a stem. The actual value of a whole note depends on factors that we'll discuss in an upcoming video. But in most cases, a whole note is worth four counts or beats.

When I convert it into the kinda the published look, you can see that that's what it looks like. If I do a half note, again it's going to be with a slight upward slant, moving away from the stem. If I draw a whole note here, and then convert it, you can see that the sides of the whole note are a little bit heavier in their font than the top or the bottom. Now, when we add a notehead to the staff, it should be relative to the staff size.

So print a piece of staff paper, and notate the different note durations that we've discussed here. Like anything else, it takes a bit of repetition, or practice, to become familiar with how to correctly draw the noteheads.

Video: Whole, half, and quarter notes