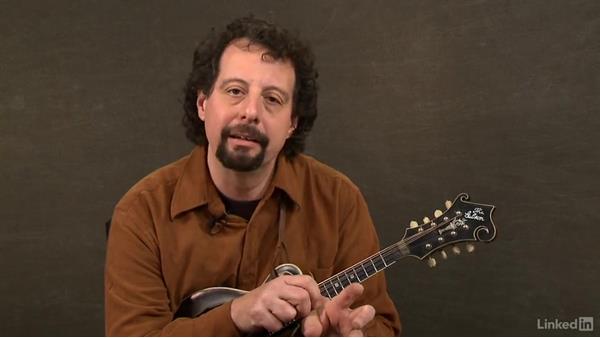 - Okay, we're gonna talk about the circle of fifths for just a second. You'll see here next to me, this beautiful circle. And what that is, is all the keys, all 12 keys, put in a circle in, moving in fifths. So at the top you have C, and to the right of it you have G, and to the right of that, going clockwise is D, and then A, and then E, and then B. So, many many tunes...

(guitar strumming) And then it ends on the G. So the G is the tonic, or the root key. E is the five of A, so E is gonna lead you to A. A is the five of D, so that's gonna lead you to D. And D is the five of G, it's gonna take you back home. (dart whooshing) So you guys know "Salty Dog Blues", but this is kind of a nice little theoretical approach to it. So I'm gonna play it, the melody for you with the backing track here and then I'll play some rhythm and you, improvise a solo.

Let's give it a shot. - [Voiceover] A one, two, three. (guitar playing) So just to explain in a little more detail what I'm doing.

I'm really being in the G chord (guitar strumming) for those first two bars. For two beats I mean. Now I'm really in E7. Then I'm really in A. Then I'm in D. And now I'm back to G. Okay? Okay, now it's your turn.

I'd love to hear you play over "Salty Dog Blues", see what you can do. Again, you know, make it through all those different chords but try to not make it an academic exercise either. You want to find nice melodies that float through the changes. But this is a starting point, a way of getting you thinking about the instrument in a new way so that you're trying to deal with the harmonies that're in front of you but of course you want to make a nice melody that connects through and weaves nicely through those changes. 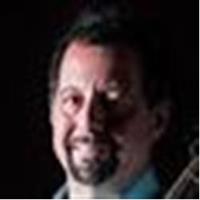 10/14/2016
Take mandolin lessons online and learn at your own pace. Grammy nominee Mike Marshall teaches the intermediate concepts that will take your mandolin skills to the next level. Get practice exercises to stay motivated and increase your speed and dexterity, and build your repertoire of solo and kickoff material. Mike starts the course with some techniques for keeping your instrument in tip-top shape, including changing the strings and setting the action (aka fret spacing). Then he segues into some intermediate music theory—keeping things fun and practical by showing examples in action. Next, learn how to play some intermediate mandolin tunes, including blues licks and scales, and practice some finger buster exercises to help refine your finger positioning, stamina, and reach.

This course is part two of the Mandolin Lessons series, which includes hundreds of lessons, exclusive performances, and special guest interviews. Make sure to check out the exercise files for downloadable tab, audio samples, and other study materials.