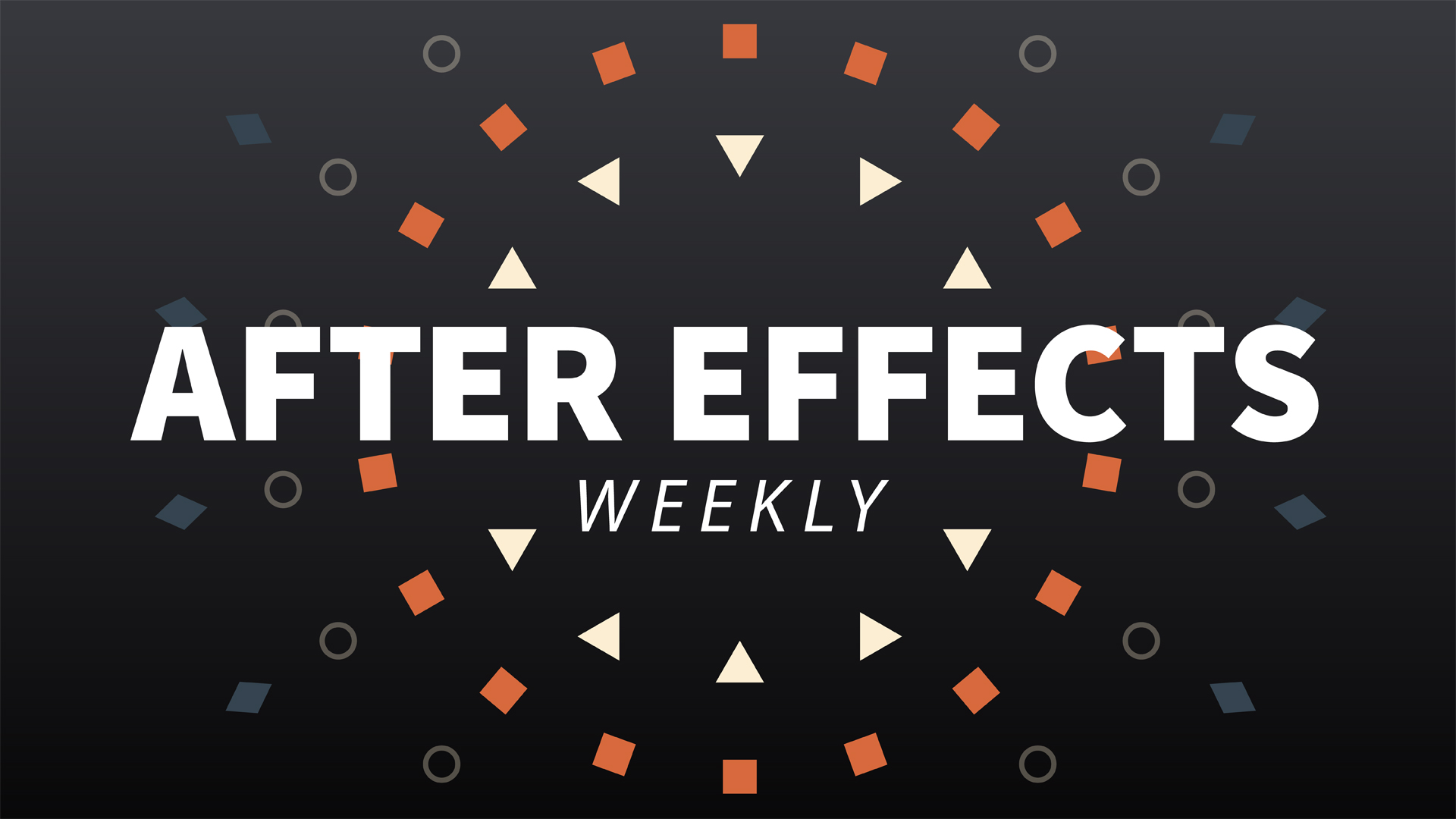 - [Instructor] In this After Effects tape, I'm going to show you how you can create this effect, which is based on two environment tools in After Effects. The CC Environment effect and the Environment Layer option in the cinema for the renderer. The cool effect here is that this a procedural effect, so you can swap the background with another HDRI map and everything will update accordingly. Okay, so we are starting with this comp, where I have few layers that I've switched off, we'll come back to them in a moment.

But first, note this background layer. I'm going to double click in order to open it in its layer viewer. And you can see that this is an equirectangular image that was captured using a 360 degrees camera and then stitched together, so it can be used as as a texture that can be wrapped back on an imaginary sphere which will be projected to the 3D camera in the comp. So to use it, I'm going to close the layer viewer, making sure the layer is still selected here in the composition panel, and then I'm going to go to Effect, and under Perspective, I'm going to apply the CC Environment effect.

Now currently, because my camera is not visible in the composition, we can't see anything. This effect relies on the camera in the comp in order to work. So let's go to the Layer menu, and under New, I'm going to create a new camera. I'm going to choose this preset of a wide lens of 15 millimeters, and I'm going to click OK. And then we can see how this is working. So if I'm going to return to the timeline and select the layer, we'll have couple of options that we can manipulate over here, such as the Horizontal Pan, so we can move across the scene in this fashion.

We can also use the Filter Environment, and this is going to assist you if you are using an image which is not big enough. So in order to get the most out of this effect, you should fill it with a high-quality file such as 8K, or maybe even something bigger. Underneath, you have the option to compensate for some lens distortion, so you can exaggerate it, or you can go the other way around. I'm going to reset both of those values back to zero.

You also have some different kinds of mapping. So you can change it if you have a different kind of source. But in this example, this is going to work just fine. Now note that you can still select the camera. Press C in order to get to the Unified Camera tool, and you can just freely orbit around the scene, and you can get a sense of how this looks. So you can animate it, and you can also add additional elements that will play along with this effect.

And to demonstrate it I'm going to delete this camera, and then I'm going to active my camera which I already have in the scene, and this camera is driven by this null object which basically has just two keyframes for its Y rotation. Now it starts over here, but we can go back to the effect and we can tell it to, let's say, start from a more interesting point, such as this view. Now if I'm going to move the timeline, you can get a sense of how this is going to work.

I also have here a particle layers, which has the CC Particle World effect, so if I'm going to enable this guy, we can see that under the Particle, we are using the Cube shape, and under the Physics, I set the Velocity and Gravity to zero, meaning that those particles are just going to hang there. And I gave them a little bit of a rotation in place just so it will be more interesting.

Then, I'm also going to turn on the visibility for the text layer that I have over here, as well as for the Point light. Now note that this text is a 3D layer, meaning that it will respect this light as well as of course the camera motion. So if I'm going to press Spacebar, we can get a sense of how this works. Now this looks quite interesting, but if I'm going to pause the playback for a moment, and take a look at the backside of the text, we can see that the text becomes black because the light that we have in the scene is in front of the text, so this is where it is, it's over here.

We can't actually see anything, which is a little bit a shame. But we can actually fix it by changing this composition from a Classic 3D renderer to a CINEMA 4D renderer. And this is going to give us the option to use environment layers in reflections only. So I'm going to click OK, and we can get a sense of how this works. First, note that under the text itself, if I'm going to open up the Geometry Options, I've already set a Bevel Depth of four, and an Extrusion Depth of 50, so our text has some depth to it.

You can got a sense of how it looks from the side, but let's just bring it back to the front. Alright, now if you want to use this environment layer as a reflection, so we can see it reflect on the text itself, we can take another copy of this by going to the Edit menu, and duplicate another instance. And then, I'm going to select this effect and delete it. Instead, I'm going to right-click on the duplicate version, and I'm going to select from this context menu the Environment Layer option.

Now this is going to do two things. It's going to convert this layer to a 3D, and it's also going to switch off the visibility for it. Now in order to see the reflection, what we need to do is go to the 3D object, in this case this text, open up its Material Options, scroll down until you can see the Reflection Intensity, along with other two reflections options. I'm going to change the Reflection Intensity for 100%, just so we can see how this looks from this angle, and I'm also going to open up the Environment Layer here in the timeline, and show you that it also has some options.

For example, you can change the orientation and the rotation, as well as the opacity. So in this case, I want to change the Y rotation to 180 degrees, so it will basically mirror the opposite side of this reflection, which will make much more sense. I'm also going to climb up a little bit and reduce the reflection intensity to say 80% just so it won't overtake the colors of the layer.

Then if I'm going to go back to the middle point, where the text is flipped, we can actually get a sense of how this looks. So now, we can see the backside of this reflection, and it's actually going to work from all the directions in the scene. So this is reflecting whatever it sees on the opposite side of this text. Now the cool thing, as I mentioned at the outset of the movie, is that this is all procedural. So if you want to check how this looks with a different texture, all you need to do is of course bring those textures to your project, and in this case, I've got two other options that I can check, so in order to see how this looks, I'm going to select both of the layers that I have over here, hold down the Alt key on Windows, Option on the Mac, and drag and drop this in order to replace both the layer that uses the CC Environment effect, and the Environment Layer itself.

So the red thing that we are seeing here, if we're going to go to the middle of the orbit, is reflecting the red pole that we're seeing over here. Let's go to one second once again, just so we can check another option, and those layer are still selected over here, so I'm going to select the third file that I have, hold down the Option key, Alt on the PC, once again drag and drop in order to replace both of them, and now we are looking inside this room.

And once again, everything should work precisely the same, since we established the connection in the first place. So this is how you can use the CC Environment effect along with the Environment Layer option to create a 360 orbit animation with some 3D text, realistic reflections, and even some decorative particles.

10/4/2018
During the last few years, After Effects has grown from a simple software program into an ever-evolving motion graphics ecosystem. New features are being added each quarter and it's getting hard to keep up. This weekly series demonstrates tips, tricks, and techniques to help you to stay on top of the changes and reveals undocumented effects and shortcuts that will blow you away. Learn how to reset tools, control animations, create effects, control layers, fix issues, and integrate with Photoshop, Illustrator, and Cinema 4D. Tune in every Friday for a new tip.