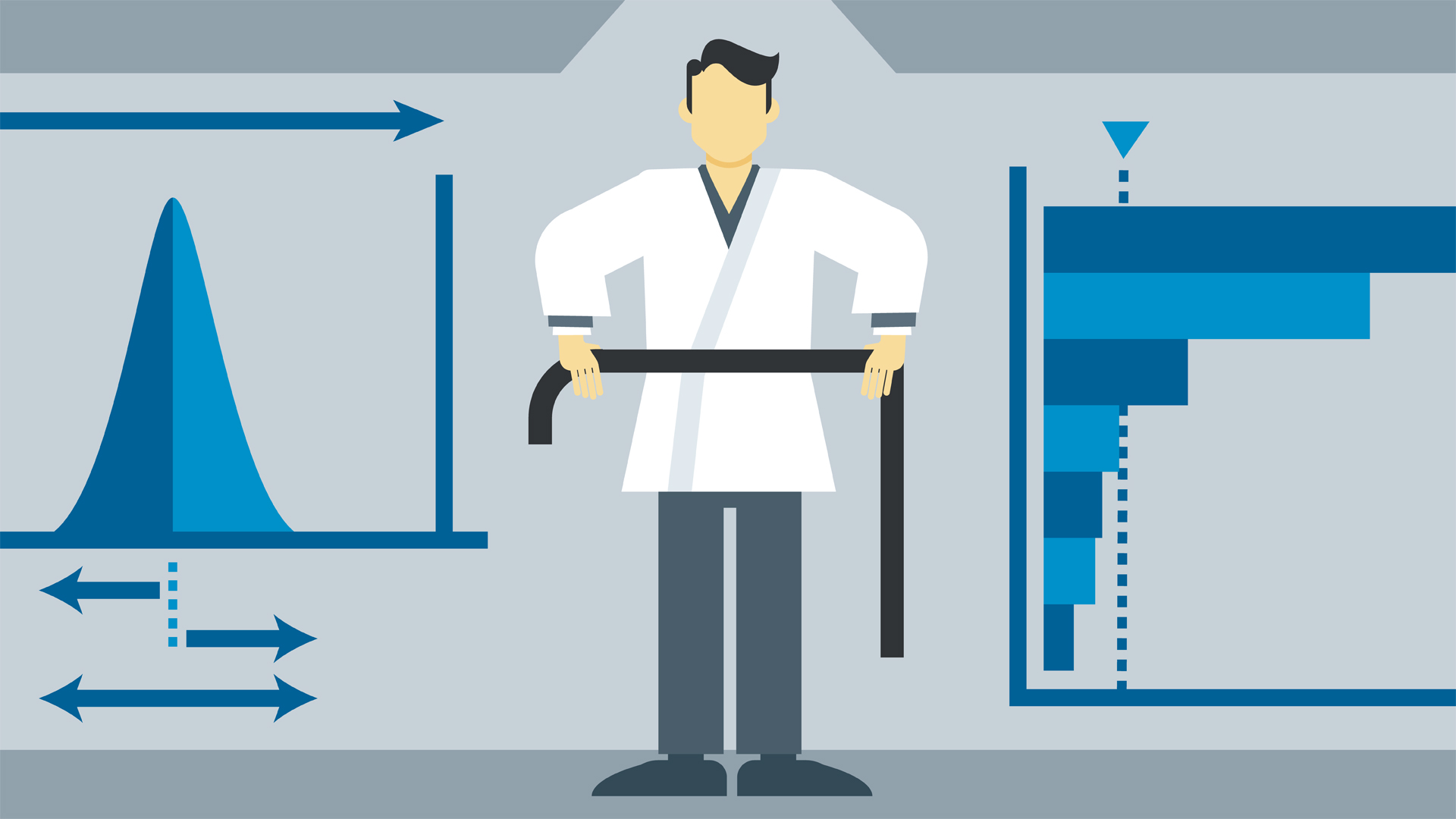 In this video, learn how to draw inferences about population means using the 1-sample t-test and 2-sample t-test in a Six Sigma project.

- During the analyze phase, some theories may include testing for differences in population means. For instance, are average pizza delivery times different between restaurants, and do they meet the promised delivery time of 30 minutes or less? Whether it's comparing the performance of one group to a target value, or comparing the performance of two groups, the one-sample T-test and the two-sample T-test can be used to evaluate sample data to make inferences about the population means.

Let's look at these using Minitab. To get started, download the file Meansdata.mtw from the exercise files, and then open it. Here we have outputs from four groups. These are delivery times or processing times, all for locations A, B, C, and D. Let's say we're interested in testing whether the mean performance of A is equal to 20 minutes or not. So we need to run a one-sample T-test. But before we do that, we must check for normality of data, otherwise the one-sample T does not work.

For normality test, go up to Stat, Basic Stats, Normality Test. Select A, Anderson-Darling test is good, that's a very useful test, and here we have it. If the data was perfectly normal, all the blue dots will be on the red line. It's almost there. This is confirmed by the P-value of 0.975. In a normality test, the null hypothesis is, data is normal, so with a high P-value of 0.975, which is greater than 0.05, we fail to reject the null, therefore the data is normal.

That's good news. So let's proceed to the one-sample T-test. Go up to the Stat menu, and select Basic Stats, and choose 1-Sample t. Select A as the data column you want. Perform a test against the hypothesized mean of 20. Select Options in order to specify the alternate hypothesis which is fine over here, it is not equal to, and to specify the confidence level that you desire, in this case 95.0 is perfect for us.

Click OK. And we can select Graphs. I like the individual value plot and boxplot. And let's go. Okay, here we have the boxplot showing the hypothesized mean in the red target symbol, and the confidence interval for the data in terms of the population mean. So we see that the confidence interval does not overlap with the hypothesized mean. This means that it is different from 20.

The P-value on the T-test confirms it. A P-value of 0.000, which is much less than 0.05, our alpha, means that we reject the null hypothesis. When the P is low, reject the null. So, we can conclude that A's population mean is not equal to 20. That is the one-sample T-test. Now, what if we're interested in running a two-sample T-test? For example, A versus B.

We can do that too. To do the two-sample T-test, go up to the Stat menu, Basic Stats, 2-Sample T-test, and our columns are separate, so choose Sample 1 is A, Sample 2 is B. The Options, we can specify confidence level, and a hypothesized difference. If we are testing for non-equality or equality, then the difference should be zero. Sometimes if you are in a bragging mood, say "Hey, my office A is better than your office B "by 20 minutes," I can put 20 in here as the hypothesized mean.

But if you're testing for equality or not, then it'll be a zero. And in our case here, we chose not equal to, and if you have no clue on the equal variances between the two groups, do not check this. If you know for sure with the test, then you can check it. In the meantime, just leave this blank. Graphs, let's choose individual value plot and boxplot, no extra charge. And click OK. Here are the boxplots.

We need to provide extra feature showing the means as the target symbols, and if they were identical it would be a horizontal line. Similarly, here we have the individual value plot showing the means as the blue dots. To be accurate, look at the Session window. Make this slightly bigger. And we have a two-sample T-test showing the sample means, and showing the confidence interval on the difference. Since the confidence interval for the difference in the two means does not cross the zero mark, this means that it is different from zero.

This is confirmed by the T-test and the P-value. A P-value of 0.009 is less than 0.05, when the P is low, reject the null. So reject the null, we have a difference in the means of those two groups. There you have it, the two-sample T-test. 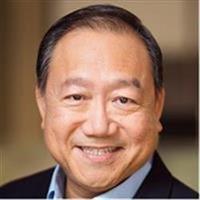 5/25/2017
Demonstrate your mastery of Six Sigma principles, philosophies, and related tools by becoming a Certified Six Sigma Black Belt. Black Belts operate under Master Black Belts to apply Six Sigma methodology to specific projects. They devote all of their valued time to Six Sigma. In this course, operational excellence expert, master Black Belt trainer, and professor Dr. Richard Chua explains how to use Six Sigma and its quality and statistical tools as he prepares you to become a Black Belt.