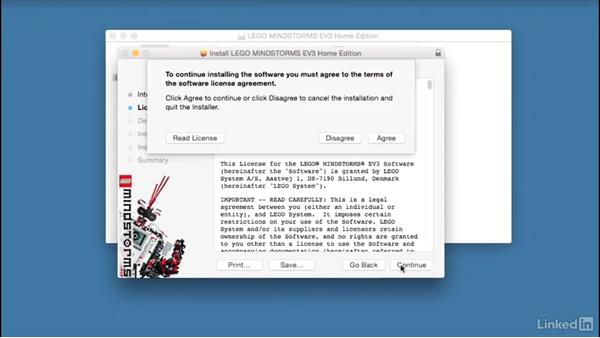 The LEGO Mindstorms EV3 Brick has a demo program already installed on it that you can run. However, if you want to create a new program and, in particular, a more sophisticated program than simple motor movement and sensor monitoring, you will need the full LEGO Mindstorms EV3 programming software environment.

- [Voiceover] For this course, I'll be using the…LEGO Mindstorms EV3 Home Edition software, which is an…integrated development environment.…I'll walk you through getting and installing the software…on your Mac.…To get the installer, go to the Download page at lego.com.…You'll see two download links and system requirements…for your Mac to run the mindstorm software.…Be sure to check these requirements to ensure smooth…installation and performance of the software.…In particular, Microsoft Silverlight is required for…LEGO Mindstorms to launch, even on a Mac.…

I would choose the one labeled Download for OS X.…After the installer has finished downloading, I'll click on…the .DMG file to open it.…And double-click on the LEGO Mindstorms EV3 Home Edition…package to begin the installer program.…I'll continue through the prompts.…I agree to the license and continue to click through…the prompts.…For this course, the standard install is all you need…to follow along.…I'll click on Install to begin the installation.…

After the installation has completed, I'll want to verify… 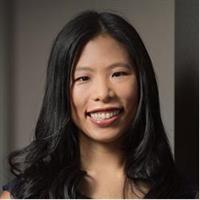