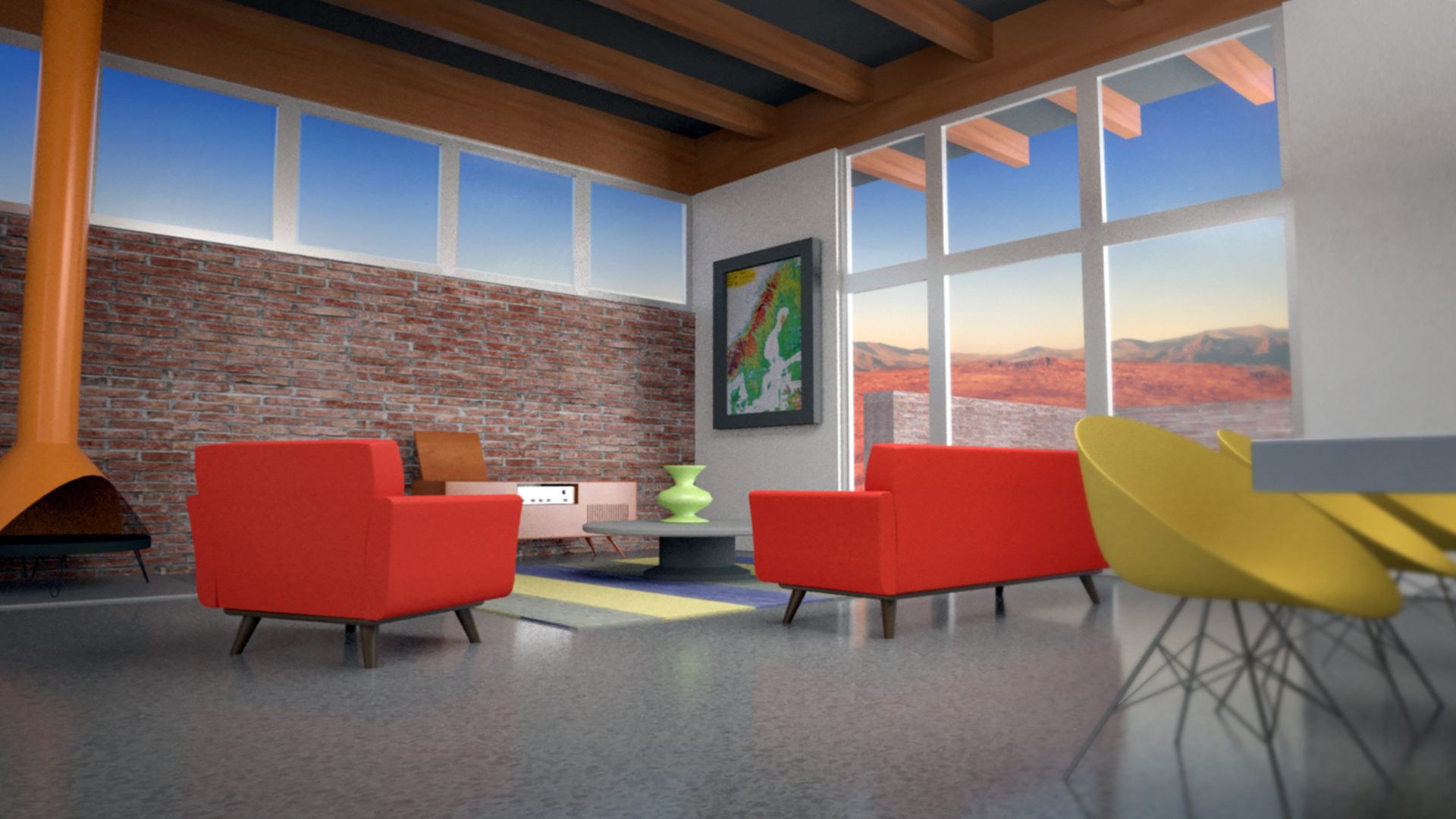 - [Instructor] When we organize objects by moving, rotating and scaling them, we will basically change the values of where those objects are in space. Now, there are many times when we'll want to have kind of a home or a default position for an object and so for that we can use what's called reset and freeze transformation. So here I have two objects in my scene. I have TV set and a TV stand.

And let's say I wanted to put that TV set on top of that TV stand, so I'm going to go ahead and move the stand kind of in towards the center of the room, and then I'm going to lift up this TV set and maybe position it so that it's on the TV stand. Now, by doing this, I've actually changed the values of it's attributes for x, y, and z, and I've done the same for the TV stand.

Now if this is where I really want these objects to be, I can basically reset those to zero, by using what's called Freeze Transformations. So we have in our Modify panel, a Freeze Transformations command. And when we do this, notice what happens in the Channel Box over here. All of the values go to zero. So translation and rotation go to zero. And scale goes to one.

So we have the same thing here. We have our TV set, and so let's say we wanted this to be our default position. Well then all we have to do is do Modify, Freeze Transformations. So now we've got these nice defaults, and everything is at zero. So we know this is where these things are supposed to be. Now if I were to move it and rotate it around and change it around, I can always get back to that default position just by highlighting all of these and typing in zero.

And that brings it to zero. Now another way to do this is to use what's called Reset Transformations. Now this does basically the zeroing out, and a little bit more. So if I do Modify, Reset Transformations, again, it zeros everything out, but it does one more thing, it moves the pivot of the object to the origin. Now, you may or may not want this to happen, but if you don't then you can always do something like a center pivot to reset it.

So, if want to lock down the positions of objects in the scene, you can use Freeze Transformations, and then Reset Transformations allows you to put an object back to it's original location and also reset the pivot.

1/15/2019
Learn to create high-quality 3D models and animations in Maya 2019. This course covers the core Maya skills—modeling, texturing, rendering, and animation—within a real-world, project-based workflow. The techniques you'll learn here translate equally well to film, motion graphics, game design, and animation. First explore the basics of the Maya interface, including selecting and manipulating objects, organizing scenes, and customizing the interface. Next, learn about polygonal modeling, creating and refining meshes, sculpting, and working with NURBS surfaces. Once you understand modeling, you can learn how to create and apply materials—adding color, texture, and reflectivity to your creations. Then discover how to integrate cameras, lighting, and effects into the rendering process, and leverage the new Arnold for Maya renderer. Last but not least, instructor George Maestri shows how to add movement and life to your work with the animation tools in Maya.
Topics include: