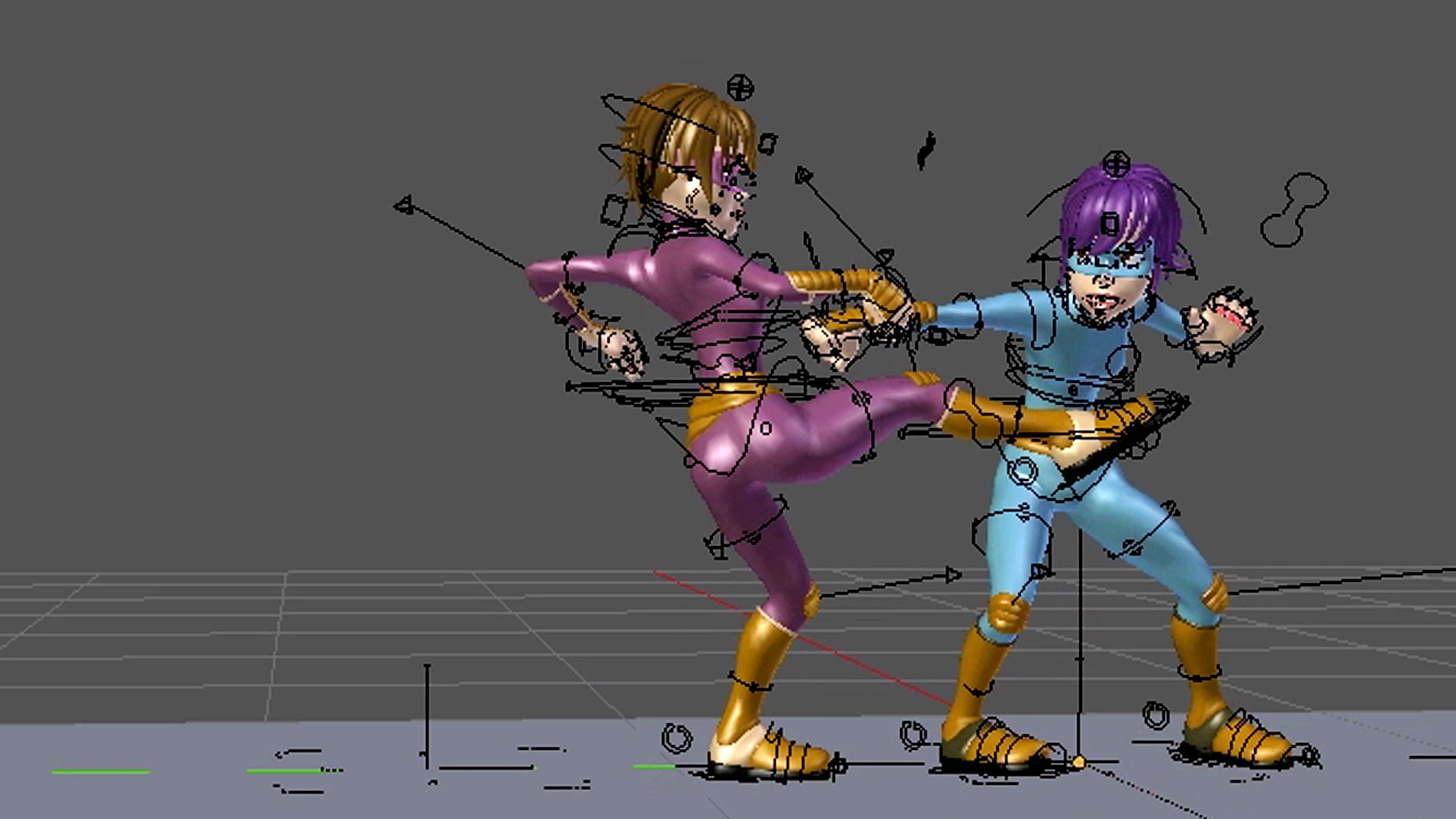 Learn about Hilary, the character model used in this course tutorial. Learn how to use Hilary in Maya, Blender, and 3D Studio Max.

- [Instructor] Meet Hilary. She's our new awesome superhero that we're going to be using throughout this course. She's fast, easy to use, and really agile. Now, we've built her for both Maya and for Blender. They have similar controls. A quick little discussion about these two programs. As we go through the course, we'll be switching between them quite often, and I don't want you to get hung up on what tools are what or what the names are. Rather, focus on the animation techniques that are applicable to both.

For example, in Maya, we have something called a Parent constraint. In Blender, we have something similar, and we call it a Child Of constraint. So, while the names might be different, the idea is the same. Two objects will constrain to each other. We're going to be doing quite a bit of this between both programs, so just follow along and try to understand the fundamentals of animation rather than what button means what. Now, let's dive a little bit deeper into the tools between both programs.

First, inside of Maya, we've included an awesome Lynda shelf. There's quite a few useful tools that I've included for you that I've collected over the years. The first is a simple Pose Mode tool that allows you to quickly select different NURBS curves without having to worry about selecting geometry. It also cleans up your viewport so you can see exactly what you need to and nothing else. I've included a quick Play Blast button for you, the common Arc tracking tools like Motion Trail, and I've also included a TweenMachine tool, which allows you to favor different poses depending on which side you go with.

My other favorite tool is Recall, which, once you click on it, you can click on New Character, select a control, and then go to New Selection, and whenever you need to, you can just quickly select that control again without ever having to click it inside of Maya. It's really nifty if say you want to just select the left hand, always. Now, let's talk a little bit about Hilary. Hilary is your standard FK/IK human rig.

She's got hips that work pretty well, a couple of joints for the upper body, and of course hands. Now, in her hand controls, there are these little triangles that you can use to switch between FK and IK. Of course, she has some pretty regular fingers. And I've opted not to include face controls this time around just so we can focus on the body. Now, be careful. As is standard, sometimes the shoulders will pinch really bad, so just be aware of them.

You can rotate them quite nicely. Finally, if you go to her legs, they do have quite a few controls, notably a foot roll and a toe tap to let you animate a lot faster. Okay, now let's move over to Blender. In Blender, we've included a Blend Rig add-on. You can access it by hitting T on your keyboard. This includes quite a few useful tools and a bunch of armature layers to let you hide and show different controls on her body.

Now, unlike the Maya rig, she has all of her controls for FK/IK switching in here. You can just flip them to IK or FK really easily. A hinge is really useful, so let's turn it on for one arm but leave it off on the other. When I rotate the body, you'll note that the left arm follows and points in the same direction, though it maintains its own relationship for movement and rotation, but the right hand keeps pointing in one direction.

This is accomplished by the hinge, which forces the rotations to be isolated. Now, unlike the Maya rig, all the controls are what you see are what you get. So, if you select the foot here, you'll have a foot roll control right on the back of it that you can access and use by hitting G or R. And for a toe tap control, you can use any of one of these little toe controls that are included, such as this one right here. Alright, I hope you enjoy animating with Hilary in this course.

She's going to be your new favorite character. I guarantee it. 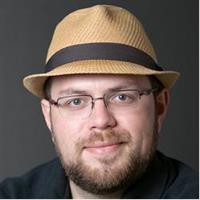 4/4/2017
Mechanics—one of the pillars of animation—combines biology, physics, and art into one fascinating discipline. In this course, instructor David Andrade challenges you to stretch your animation abilities and tackle two very fun—but challenging—scenes: a woman performing parkour to climb a wall, and a fight scene featuring two professional martial artists. David shows how to animate these scenes with a quick, agile superhero character: Hilary. Along with being easy-to-use, Hilary is built for both Maya and Blender, and you can export her as an FBX file just in case you want to take her for a spin in other programs. To help you confidently handle these scenes, David explains how to break down each action into beats and refine each movement.
Topics include: