Adding controllers to the hip and spine 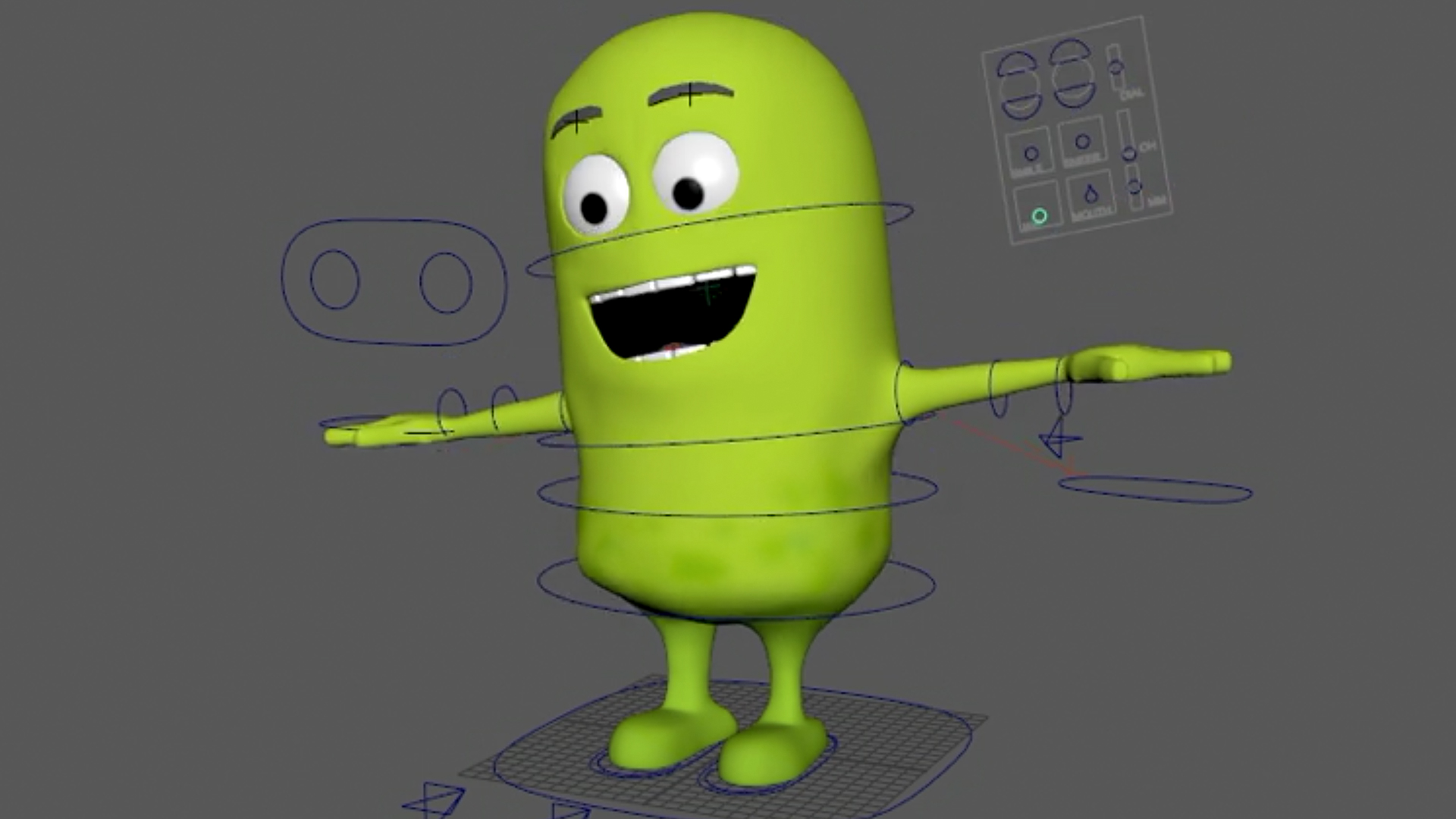 - We now have the hips and spine in place, and let's go ahead and add some controllers that will allow you to manipulate the hips and the spine as well as give some rudimentary stretch options. So, we're going to start off by just creating a simple handle. Now typically you use nurbs curse to do this. So, I'm just going to do a Create NURBS Circle. Let's just go ahead and pull this out until it's about the width of the hips, a little bit wider.

And again what we're trying to do here is just give the animator something to grab. So, you need a little bit of space. So, we're going to move that up and this will control the hips. So, what I need to do is snap this to the hips. So, I'm going to turn on snap to point and snap it to that hip joint. So, now that I have this in place I can use what's called a constraint to connect it all together. Now there are two types of constraints. One is a point constraint which constrains position.

The other is called an orient constraint and it constrains the rotation. So, let's go ahead and select this nurbs circle first and then shift + select that hip joint. And then we're going to do Constrain Point and under the options you want to make sure that you have Maintain offset checked on. And then again under Orient Constraint we want to make sure Maintain offset is also on. So, once I've added those two you can click on that hip joint and you'll see that I have these two constraints.

And now I can select this controller and move it. Notice how it's actually moving this skeleton. And so if I want I can rotate it as well, and you can see how I have a pretty fair degree of control over this part of the skeleton. So, now that we have this let's go ahead and give this a name. We're just going to call it HIP_CTL, and let's go ahead and make another one. So, I'm going to go ahead and just hit ctrl + d to duplicate.

And then do Constrain, Point. Constrain, Orient. And again I get very nice control. Now one of the things we can do is we need to start building a hierarchy of these. So, I'm going to go into the Outliner and you'll see that I've got this control here called HIP_CTL and this one here again is called HIP_CTL. So, let's go ahead and rename that. I'm going to called that SPINE_CTL.

So, now that I have this I can actually MMB + Drag and put that over the hips. So, now when the hip moves, that controller moves. So, I'm basically building a hierarchy of these. But, the other nice thing about this is that this second joint here gives you a little bit of stretch. The way it's connected allows you to manipulate the length of the joint. So, all I have to do is select this and move it and notice how that joint stretches. Now, it's not giving me a volumetric stretch.

In other words if I stretch it in one direction it's not going to squash it in the other. But, for simple applications this might be all you need. Now, if you want to get more sophisticated you can actually add in some expressions to shrink and grow the joints as they stretch. So, let's go ahead and do that next and we'll set that up.

Video: Adding controllers to the hip and spine