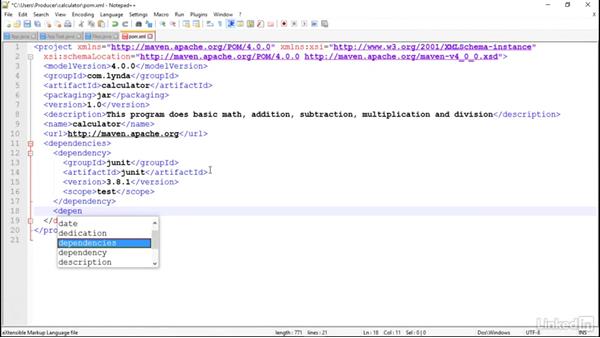 - [Narrator] There are times when you need…to add dependencies.…This is one of the benefits of using Maven.…It makes adding dependencies easy.…Remember, Maven supports both internal…and external dependencies.…Whenever a project references a dependency…that isn't available in a local repository,…Maven will download the dependency…from a remote repository into the local repository.…So far, all of our projects have…included the JUnit dependency.…It is sometimes going to be necessary…to add other dependencies required by your project.…