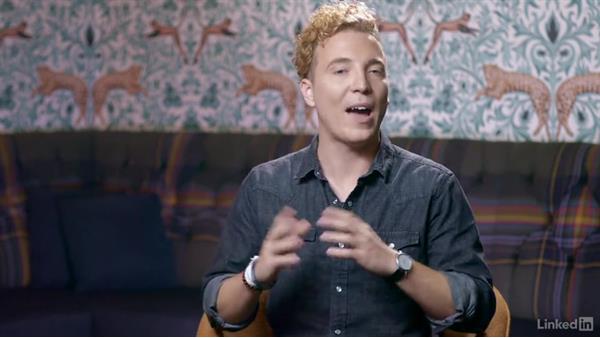 - Have you ever watched a movie and suddenly forgotten where you were? Well, stories have this power to pull us in, to make the world around us fade. This is part of what our brain does that is important for our memory and for empathy, and originally when we were surviving together in tribes in prehistoric times, this was how we learned. So some scientist recently put people in a movie theater together to test this, to track what happens to your brain when you watch a movie. So they had them watch a James Bond movie. What they found when they monitored people's brains, and their perspirations and their hear rates is that people got stressed out when James Bond got stressed out.

Our heart rates rise when James Bond is in danger and our brains generate neurochemicals that show empathy for his story when we watch it. So there's two areas of our brain that actually light up when we listen to simple facts. When you see a boring PowerPoint, a chart on a screen, two pieces of your brain light up when they put you under a brain scan. But when you see those same facts as conveyed through a story, five times as much of our brain activates. Our emotional centers, our motor cortex, which controls our physical reactions, so this is why you jump when you hear a surprising thing in a story, all of these parts in your brain light up when you hear a story.

So scientists, they like to say that neurons that fire together, wire together. So when you have all of these things firing around in your brain, like happens with story, more of those things become memories permanently. And what's going on here with stories for relationship building specifically, why you perspire, why your brain acts this way when you watch a James Bond movie, is a chemical called oxytocin. It shoots around our brain as a signal that says we should have empathy for something. In prehistoric times this is about this person that is approaching you is safe.

And when something is unfamiliar or foreign or scary, we don't have this chemical. In fact we have adrenaline that signals that we should maybe run away or fight. So oxytocin rises, the levels of oxytocin rise. It gets synthesized in our brain when we experience specifically character driven stories, stories that we should have empathy with, other humans or human-like robots or animals, things that are characters, drive this oxytocin production. And the purpose is to make us care.

Oxytocin when it's synthesized can be a predictor of how much money people will donate to a charity. So they'll do tests, scientists, where they'll have a story about some charity and then they'll have a simple sales pitch for this charity, and when they monitor your brains, more of your oxytocin gets developed with the story. And those people donate more money to charity. So this is why when you see on television the asks for donations for money that it often is telling the story of the child, or it's telling this story of the person who's sick rather than simply saying, this is a bad disease, you should donate money.

Less of your brain associates with it, you remember it less, you care less. So our brains can't resist putting ourselves in each others' shoes, and this is part of how we survived which is why this neuroscience happens. Something interesting that they found is when you put people together to experience stories, we have this empathy even if the stories aren't about ourselves or each other. So they put kids from different racial backgrounds and economic backgrounds together for story time in New Zealand for a series of experiments and what they found is that even when the stories weren't about themselves, they were simply reading other stories, these kids ended up developing empathy for each other, oxytocin, and they became less racist as they grew up, which is pretty cool.

Well now it turns out they've made a synthetic version of oxytocin that you can actually give people to give them more empathy. So maybe there is such thing as a love potion after all. But the truth is, the ultimate love potion is stories.

Video: The science of why great stories build relationships and make people care