The power of putting story into what you make and sell 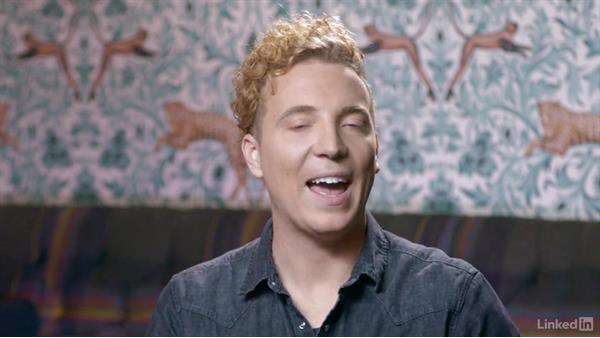 - In 1942, the mayor of New York, Mayor La Guardia, did a citywide sting where he raided thousands and thousands of gambling halls, gathered up their equipment, and then ceremoniously smashed them with a sledge hammer. The equipment that he gathered up were pinball machines. In fact, this was part of the great pinball machine ban of the 1940s that happened across the country. Now why did Mayor La Guardia and why did all of the mayors in all of the cities around the country hate pinball? Why did it go away for decades? Well, it's actually because of the story that went around about what pinball represented.

Turns out that pinball is this game, it's a fun game that you play. You try to knock the ball around until it falls into the hole and you lose. But the story went that pinball owners where hustling children for their lunch money. That kids who couldn't afford lunch were losing their money to afford lunch by playing these awful games. It became associated with gambling and sort of seediness, and so they banned them everywhere. This story ruined the pinball industry, at least for a few decades. Now before I get back to what happened with pinball, I want to tell another story about a machine that GE invented, a new MRI machine for doing brain scans and body scans.

They spent millions and millions of dollars on redesigning this great piece of equipment that saves lives. The man who designed the machine, who oversaw the project, was so excited when they finally started installing these new MRI machines in hospitals until one day he went to check out how the new machine was going and he saw a little girl in the hallway about to get her MRI. She was a little girl crying, telling her mom, no, please don't make me go in the machine again. He was so sad, so distraught that he went home and he couldn't stop thinking about it that it turns out that MRI machines are super scary.

They're noisy, they're loud. You have to hold still for half an hour while things happen above you. And then for a kid, this is a terrifying experience. It's not comfortable for an adult, but for a kid, it's awful. And so GE was faced with this trouble of having to either allow these very vulnerable patients to suffer during this process, maybe even refuse to go in the machine, or redesign this machine, spend millions and millions more dollars redesigning the machine. But they came up with something that changed everything through story.

What they did is they said, well, let's paint the MRI machine like a pirate ship, and let's give kids who are about to take an MRI the night before a storybook that they can read with their families where they can learn about the story of the pirate adventure that they're gonna go on the next day. They meet characters like Marcella the Monkey. They learn about this story and they become part of the story so that when they come to the hospital, the nurses and doctors are dressed in their pirate outfits, and you go on this journey that eventually ends up with you laying on the MRI machine. Then you have to hold still and be quiet while you go past the pirate ship.

What happened when they started doing this is kids went from crying, refusing to go into the MRI machine to saying can I go again, which is awesome. And this is the power of story. So in pinball's case, story ruined the machine. In GE's case, story made the machine and it made the product better. And it did so for much, much cheaper than it would have taken to redesign the whole product. So when you look at the way people make decisions about what they buy, what they engage with in terms of products, people will either pick what's an easy or cheap product, or they'll pick what's the most high quality product, or they'll pick the one that they like.

What they like is often irrational and story can override that rationality of this is the best quality, or this is the cheapest, or this is the most comfortable. An MRI is not comfortable, but the story can make it comfortable and can make you desire it in a way that you didn't before. Now people, when they're picking who to do business with or products to buy, they'll pick either what's easy or cheap, or they'll pick what they feel like is high quality, or some combination of those, or they'll pick what they like. Sometimes we'll override our rationality because of the story of the product itself.

So a great story interwoven into a product will make us pick the thing that maybe is less comfortable. An MRI machine is not comfortable for a kid, but they will pick it and they'll actually enjoy it if there's a great story attached to it. Which brings us back to pinball. For decades, pinball was banned. It was seen as this awful, seedy thing. But it came back in a huge way selling millions of machines, making millions of dollars in the 1970s because of movies, specifically because of summer blockbuster movies. When Jaws, and ET, and Indiana Jones came out, the pinball makers wove those stories into the pinball machines.

Suddenly you had a lot of reasons to play pinball even though it was the same game. So you had these halls of pinball that had dozens of machines lined up with different stories, but essentially the same pinball game. And this is how the pinball industry came back and started to sell a lot of games. In fact, the most popular pinball machine in history is actually the Addams Family, which is not what you'd normally think of today. But at that time when it came back, the Addams Family series, the story, was very popular. Pinball hit at that moment and they interwove that story into their game which helped them create a huge success.

Video: The power of putting story into what you make and sell