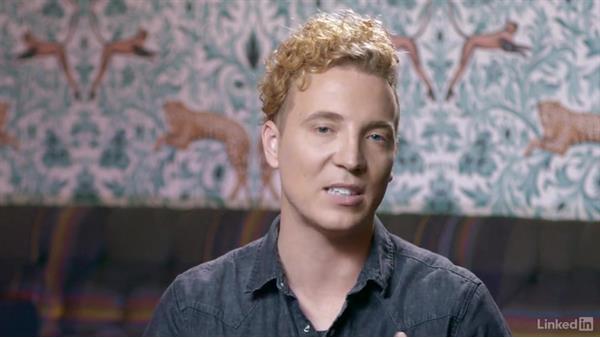 - Building an audience through storytelling is about building relationships, and as you know from real relationships, you don't get a deep relationship from one encounter. You need to tell stories over and over and over again in order to build the deepest kinds of relationships, whether its for business or whether it's in your personal life. The nice thing is you get compounding returns for storytelling. The more stories you tell, the more of a snowball effect you can get. There's something interesting about this snowball effect and I like to tell this story through the lens of two Youtube stars that blew up in the same month.

So a few years ago, Michelle Phan, who's a makeup artist, had a Youtube video that got thirty million views in one month when she re-created Lady Gaga's makeup from her music video Bad Romance, which was extremely popular. That same month, a man named Bear Vasquez made a video called Double Rainbow that if you're a human that used the Internet at this time, you probably saw this video. It's a guy looking out his backyard, marveling at these two rainbows and crying and is incredibly funny. These two videos went viral but then what happened next is really interesting.

Bear Vasquez went on try to recreate his "Double Rainbow" video. After the virality flamed out, tried to make more funny videos but it didn't really work. But Michelle Phan, on the other hand, went on to be an incredibly successful Youtube star. She launched her own makeup line, she launched her own business, she's now making millions of dollars selling beauty products. And the reason she was able to capitalize on this momentum from her storytelling were 2 things. One is that this video that she made of Lady Gaga was not her first great Youtube story.

It was actually her fiftieth Youtube story. So when people saw the video, the next story that was suggested was another one of her stories and it was just as good. The audience hadn't found it yet, but when they did, they started to consume more and more of her stories and it's built a much stronger fanbase than was built for the Double Rainbow guy, who had really one good video. So, the new videos that he made, he couldn't reach the same people, he couldn't reach the same scale of people. Also, his new videos weren't that good. But Michelle on the other hand, she used the momentum from the potential energy, she built a snowball that was ready to roll down the mountain.

When the right piece of content hit, it started rolling and she started doubling down on the stories that she told. She told bigger and better stories every week, every month, using her Youtube channel as a platform that she then used to build her entire business. Building an audience is not just about telling one story one time, just like getting in shape is not about going to the gym once. But with consistency, if you stick with it, over time, the results in either case are dramatic.