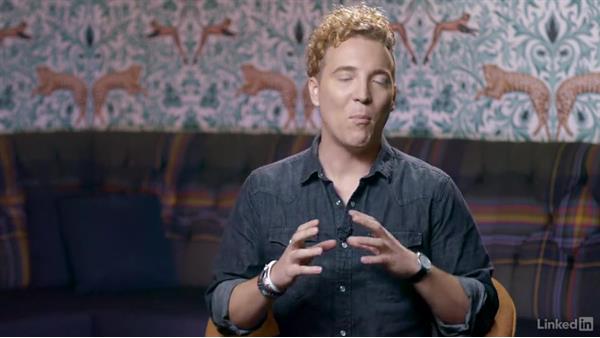 - See if you can guess what story this is. We have a humble hero who starts in very small beginnings and gets called to adventure. They go out of their comfort zone, they receive training from a wise old mentor, and then they go on this great adventure, face the bad guy and then come back home with a magical power or magical object. Is this story Star Wars, is it Harry Potter, is it The Hunger Games, is it The Odyssey, is it the Matrix? It's actually all of them. This is a template for storytelling called the hero's journey. It comes from Joseph Campbell.

So let's break down this hero's journey template step by step. First, you start in an ordinary world. The hero gets called to an adventure and initially refuses, but they meet a wise mentor who trains them and convinces them to cross the threshold, to go out into the world of adventure. They're tested, they find allies and enemies and then they approach their final battle, their final ordeal. In the final battle, they almost lose, but they finally succeed. They receive a reward and then they take a road back home or to their new home, having changed, become a new person and with new powers or with new objects, an elixir say.

So let's walk through this from the lens of the greatest story ever told, Star Wars. You have, in the first Star Wars, Luke Skywalker. He lives on a farm on some desert planet and he discovers that there are these droids who have an adventure. They need to find Obi-Wan Kenobi. So he goes and meets Obi-Wan Kenobi who says, "Luke, you need to go out and help save the universe." Luke initially says, "No, I have all this stuff going on," and the mentor convinces him that he should go, trains him how to use a light saber and Luke crosses the threshold and goes into space on the adventure.

He meets Darth Vader, he meets the stormtroopers, he goes to the Death Star, he makes friends, Han Solo, Chewbacca, Princess Leia, and then he has to go help defeat the Death Star. So he flies in his spaceship, approaches this great battle and all of his friends are dying, they're getting shot down and Luke almost gets shot down, but in the end he succeeds, he blows up the Death Star and the last scene of the first Star Wars is Luke getting his reward. He's getting a metal put over his neck by the princess who kisses him on the cheek and now he is in his new home, having changed, having resurrected and now he has this great power, the force, and the light saber that he can use on future adventures.

This is the hero's journey, which modified in various ways we see repeated throughout history. But there's a simple version of this that Aristotle way back in the day described is that the typical great story establishes what is, then establishes what could be and there's tension in between those two things. In business, this is an easy story structure to use, say a case study. Here's where a business is, here's where they want it to be and here's the story of how they got there. With this framework, it allows you to be more creative when you're coming up with stories, when you're trying to convey information through story.

There's another great template that I love, which comes from comedy writing. Darn Harmon, the creator of Community. Used this template a lot. It starts in a very similar place. The character is a zone of comfort, ordinary life, but they want something. So they enter into an unfamiliar situation, they adapt to it and they get what they want, but it turns out they pay a heavy price for what they want. So eventually they return to their familiar situation having changed. This is pretty much the plot of every episode of Seinfeld if you think about it. George wants hair.

He's bald for a long time, but he really wants a hairpiece so he gets one. This new situation is unfamiliar, but he likes it, he adapts to it. Well once he has what he wants, he starts getting cocky. He goes on a date with a woman and he's sort of this haughty jerk now and it turns out that she, under her hat, is actually bald. When he's mean about this, she gets mad, his friends get mad at him and they say, "George, your hair has changed you." So Kramer actually throws George's hairpiece out the window and a homeless man gets it. So George returns to apologize to the woman, saying, "I'm sorry about the bald thing," and she says, "You know what, I actually only date skinny guys." So then George goes back home, having changed, he has his regular bald hair now, but he's learned a lesson.

But because it's Seinfeld, he really hasn't learned. This is an important lesson is that these storytelling frameworks are great for helping us be creative, helping us tell stories, but you can adapt them and modify them however you want to make your story interesting. These don't just work for comedies, for epic adventures, they work because they speak to the fundamental journey of humanity. All of these types of journeys are the journeys that we go through in our lives, in our businesses, in our families and just like it's easier to make up a haiku than to make up an open-ended poem, these frameworks allow you as a storyteller to focus on the fun part, the story.