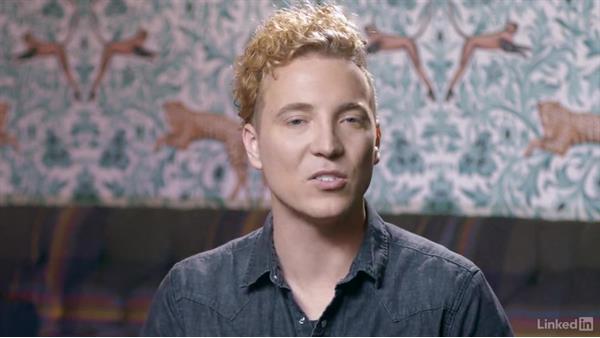 - There's a scene at the beginning of the movie Mission Impossible 3 where Tom Cruise, the hero, is tied to a chair, is in terrible trouble. The bad guy has a gun to his wife's head and is counting to 10, telling him to give him some information. And he counts all the way up to 10, and then the screen goes blank. And the movie says "Three Months Earlier." And it starts to tell the story of how it lead up to this point. Now I remember watching this movie in the movie theater and at the beginning of the movie I had to use the bathroom. And I remember waiting the entire movie, holding it, so I could find out what happened, cause I didn't want to go away and miss the end of that story.

And what this illustrates is something that's extremely powerful, that makes a good story a great story. Which is tension. I waited there in that movie theater because the tension was so great that I had to find out what happened. And if you look at the history of stories, and the greatest stories ever, you'll notice that tension, the pull of the emotions, that mystery, that conflict, that even the heartwarming tension of a love story, is what keeps us emotionally invested and involved in the story and makes us not want to quit the story.

So if you think about, say the worst love story ever, it probably goes something like this, "That Jack and Jill grew up in houses next to each other. "They were friends since they were kids. "They decided to get married because, why not? "And everyone was happy and they lived happily ever after." Possibly the worst love story ever. It's not interesting, we don't care. We don't need to get into detail on that love story because it's not great, because there's no tension. There's no hardship, there's no drama, and everyone was cool with it. When you think of the great love stories ever, like Romeo and Juliet, there's so much working against the characters. Romeo and Juliet's families hate each other.

Like they have to keep their love secret, and in the end it's this tragedy of they're willing to die for each other so that they can be together. That tension, there, makes that story extremely powerful. Now Aristotle had this framework for stories way back in the day that was all about creating tensions. He said that great stories have a gap between what is and what a character wants to be. And that the storyteller's job is to close that gap and then open a new one. Where the character is now and what they want and what the delta between those are.

And that delta, the gap between what we want and what the character wants, and what is is tension, and this makes for great stories. So if we look at, again, the greatest story ever, Star Wars, the villains are family members. They blow up planets. Someone you love dies in every episode of Star Wars. And this is what makes the story good, you don't know what's gonna happen. You don't know who's going to die. The characters want something so badly and the tension between these people is so great and yet it gets resolved.

And at the end we smile and we're relieved and we laugh. And this is the function of a great story. And you don't want too much tension cause then people don't want to be involved. That's why some horror movies turn a lot of people away from the story. But if you have no tension, you're not going to get people involved in the story at all. So whether you're telling a story about, say your gardening blog, or whether you're telling some intense action spy novel or movie. Or whether you're tell the story about what happened in your day, keep in mind that tension is the key part of what's gonna keep people's attention at all.

And that you don't have to be making Star Wars movies or Mission Impossible movies to do it too.