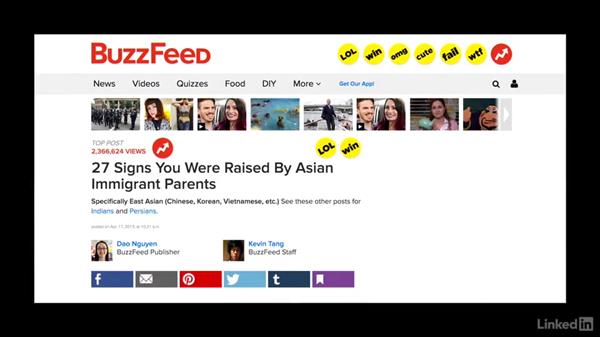 - I want to talk now about one of the most important elements of effective storytelling and I'm gonna do it through the lens of the greatest story ever told, Star Wars. So why do we love Star Wars so much? Well it has to do a bit with the history of how we got Star Wars. So George Lucas, who created it, he loved fast cars. He was a big part of the '50s car culture in America in Modesto, California where he lived and in fact we would not have gotten Star Wars if it weren't for all of the tickets that George Lucas got racing his cars 'cause they wouldn't let him in the Air Force, which is what he first wanted to do.

George Lucas took his love of cars and he combined it with a few other things that he loved. He loved comic books, he loved kung fu movies, and he loved old Buck Rogers sci-fi and how we got Star Wars was when George Lucas took all of these things that he loved that coincidentally the culture at the time also loved and connected with at different pieces of, things that were nostalgic and thematic that connected with people at that moment in time in ways that a story never did before and we got Star Wars out of that.

If you think about the mask that Darth Vader wears, it looks a lot like a kung fu mask. If you think about the movement, the cars, the speeders, the planes, the spaceships, everything, all the elements of Star Wars, you can see the combinations of these things that Lucas loved that also people loved at the time. What this points to is a key element of great stories, which is relatability. Our brains are afraid to some extent of what's foreign. They get excited by things that are foreign, but when we're around things that we're familiar with, we get more comfortable.

We get more pulled into a story that has some level of familiarity and in fact some level of familiarity is important for us to even be exposed to things that are new at all. For us to accept the new storyline that's part of Star Wars, we need those things that are familiar for us to relate to it. Now there's a theory in psychology called the mere-exposure theory, which basically says that just because you've experienced something before means that you will be more inclined to like it later. So I remember when I was a kid and I first tried Coca Cola and I thought it was disgusting.

It's sort of a foreign taste, Coke. But later on if you went to a foreign country and you were given a Coca Cola, which maybe as a kid you didn't like and you're given some other gross drink, some tea, you would end up liking Coca Cola more. You would like this more because simply you had had it before. So mere-exposure theory says that the longer, the more you get exposed to something, the more you'll like it and this is why relatability ends up being important for storytelling. So if you look at say a company like BuzzFeed that has managed to capture people's attention, millions of people's attention through stories in a very modern way, you can see how they employ relatability as a key element of their strategy.

So you take a headline, a typical BuzzFeed headline like Things You'll Understand If You Grew Up With Asian Parents. Now, I didn't grow up with Asian parents, but when I saw this story, I forwarded it to an Asian friend of mine who then laughed and forwarded it to everyone she knew and in fact this very story got two million views. Two million people read this story because a segment of society could relate to it so deeply that they had to talk about it, that they had to read it. You had missed out if you didn't read it if you were part of this segment of society.

If you look at all of the headlines on BuzzFeed and a lot of the modern Internet's successful viral sites, they don't try and say something that is familiar to everyone, they try and speak very deeply and relatably to smaller groups and then people who know those groups will share those stories. This is why character-driven stories are some of the most powerful stories. If you think about say a television show like Lost or think about any television show that you like that has an ensemble of characters. It's not about the mysterious island or it's not about the struggle to make it in New York if we're talking about Friends, it's about the individual characters and their back stories that we can relate to and we all have favorite characters.

Whether it's the cartoons that we grow up with or whether it's the movies we watch, the characters that are our favorites are the ones that we see ourselves in. But interestingly and back to Star Wars, there's a concept in psychology that has to do with the villains that we love. Even though we might hate villains, the villains that we connect with are the ones that are also people that we can see a little bit of ourselves in. So psychologist Carl Jung calls this our shadow. So we tend to loathe the parts of the villains or the parts of people that actually are sort of the parts we don't like about ourselves.

So when you think about Star Wars, you think about someone like Darth Vader, how he was this great person who then went bad, this is part of what makes that storyline so powerful is we can see sort of the badness that we try to override in ourselves and we can see how the making of that villain happened and that makes us counterintuitively love this villain even though we might not be rooting for him. So this also has to do with why when you look at the history of the Star Wars movies, the original few movies were so beloved, then the prequels that came out in the '90s were a little less loved and then the latest sequel did a lot better is because in the prequels of Star Wars, if you're familiar, there are so many new things, so many new characters that were introduced that it distracted from the relatability and in fact the nostalgia that they tried to put into those movies felt a little bit forced, that this relatability has to be natural and then in the latest sequel, if you've seen it, they bring back old characters, they bring back old themes, old plot lines and the things that you remember tend to come back and this was why we loved the new Star Wars to the tune of $800 million, but this is also why great stories that we care about that we then latch onto for years and years are the stories that connect us to something in our past.