History of storytelling, and why you should care, in business or in life 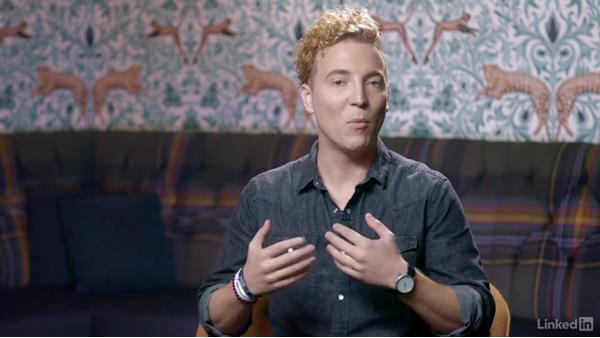 - When you look at the history of mankind, you see storytelling woven into the very beginning all the way through today, how we survived together, and how we built relationships and made people care. In fact, all the way back to when we were first building civilization, when we lived in tribes, stories were key to how we survived. Because the human had this big brain, which is great and novel, but this sort of fragile body, especially when you compared it to the saber-toothed tiger and the poison berries and everything that were out there that threatened our survival.

And so, we worked together in tribes to try and survive, to learn together, to hunt together, to find food together. And stories, it turns out, became key to how we did that, how we formed tribes and how we kept them together. In fact, when you look at what evolutionary biologists say about how the human brain developed, they say that stories developed and our ability to tell stories, to imagine, to dream, that that function of our brain developed around the same time as our ability to speak and to communicate through language, that stories became this very interesting piece of our survival mechanism.

So, when we sat around the campfire as tribes, at the end of the day, we took this wide world of stimuli. All of the things that we learned, that we experienced, we had to package them in ways that our tribes members could understand and could remember. And stories became this key way for us to remember. That's part of the power of storytelling. If you think about in your own families, or your own country, or any sports team that you maybe love or that you're loyal to, often this loyalty that we have is somewhat irrational. Why do, if you live in America, you love America so much? Perhaps it's because of the stories you grew up hearing, about the founding fathers and how they fought against the Revolutionary Armies with no shoes in the winter and how they went through all of these great sacrifices to build this country.

Maybe learning about, you know, the stories of your grandparents makes you love your grandparents. When you sit down at the dinner table with your family, or even when you're trying to form a new relationship, a new friend, perhaps a romantic relationship, what do you do? You sit down over dinner, over coffee, maybe just somewhere in a park and you talk about the stories of your life. At home, families that spend dinnertime together telling stories end up being stronger. They reenact the comedies and the dramas of their day. They ask each other what happened. And through sharing those stories, it builds that relationship of trust and of care.

This is how religions impart messages. It's how, through stories, you remember the parables, the life lessons, the things that you need to do to be a better person or to connect to this organization. The stories are the mechanism that do that. When you look at the history of business, it should be no surprise then, that the businesses that have the most loyalty, the best relationships, that have subscribers, are the ones that are in the business of storytelling. They're the newspapers, the magazines, the movie companies, the television studios.

Their business is storytelling and that builds relationships and makes people care to the point that most of us have to pay them to get our message out to the people who are paying attention to them. But if you look throughout the history of business, stories have been used to make people care about products as well. If you look at Ford Motor Company in the late 2000s, they were in trouble when their cars were starting to be seen as not as high quality as they used to be. There were foreign cars that were better. Ford tires were exploding. People were disappointed, and sales were falling.

So, what Ford did is they used storytelling as way to get people to care about them again. They took documentary film crews into the Ford factories where they interviewed the employees who are working on cars on the assembly lines, who are designing things. And they said to the cameras, they said, look we know that we have screwed up. We know that Ford isn't what it used to be, but we are all working hard to make it back what it did used to be and to make it even better. So, we're gonna show you the stories of the people who are your neighbors, who are working on these cars, who are working to make this product the product that you know and love.

And this helped Ford turn things around and become again this great brand that people love and helped them with their sales. And they had to be congruent with those stories. They had to tell the truth, and they had to do that, but it worked. If you look at the history of Spam, so I used to live in Hawaii, and if you go to Hawaii, you'll notice that people love Spam. You go to the cafes, you go to breakfast, and Spam and eggs will always be on the menu. And why do people love Spam if it's not even really meat? And it's definitely not the best meat you could have for breakfast. But people love it there because it's part of their history.

Because during the war, when they couldn't import meat, they couldn't import a lot of food, Spam was this military sort of canned food that was all of the meat that they could get on the island. And so, people have this deep nostalgia and this history for it, where when they eat this food, they like it, and they love it because it's part of their culture. It's part of how they came together during this really hard time. And so, they even convinced many of them that Spam is that good. And I'm vegetarian, so I don't even begin to like Spam, but it's the story that has made it this powerful part of their culture and helps them to, the company, to sell a lot of Spam.

So, as you can see, stories have been used throughout history for good, to make people connect to businesses, to products, to each other. But I should note that stories have also been used in history for evil. If you look at dictators, if you look at Adolf Hitler, these kinds of people used stories to convince people, to make them care about something that might not always be good. The good news is that at the end of the day, if you're using stories for evil, people tend to find, the truth tends to come out. And people tend to eventually turn around and discover the truth and the true story.

But we need to recognize that we, when we're using stories to connect with people to build our businesses, to build our relationships, that we need to use them for good and that if we become incongruent with our stories, that people will smell a rat, that humans are built to discern. For stories to really work, to be powerful in the long run, they have to be honest and authentic.

Video: History of storytelling, and why you should care, in business or in life