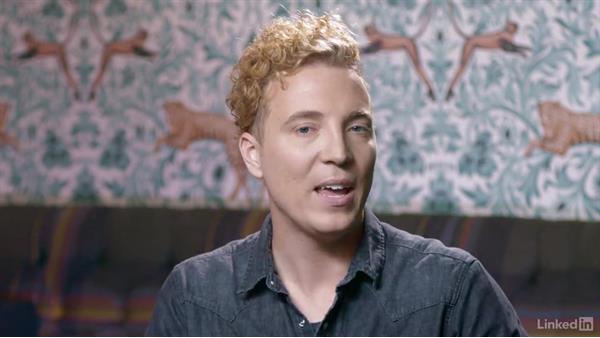 Writers who take science, and condense it several reading levels, tend to be more successful than writers who write at a scientific level. This actually points back to something really interesting and important to story-telling in general, which is something I call fluency. One of my favorite editors as a reporter used to always say "great writing speeds you along." Same thing is true for great stories. That a great story makes you not think about the words being used, or the things that are going on that are outside of the story itself.

A great writer will write at a level that you don't think about the vocabulary. This goes for film and for any other kind of medium in which we're telling stories as well. When you look at Star Wars, for example, George Lucas, who wrote the original Star Wars, when he was making the films, he always said that he wanted to have a sense of movement constantly through the films. In fact, the original Star Wars was the first movie of the time that had editing that happened as quickly as it did. Before Star Wars a lot of editing in movies was a lot longer, shots lasted longer, action happened slower, and in Star Wars they changed the game to some degree into making movies move the plot along very quickly.

In fact, the first 10 minutes of Star Wars is some of the fastest 10 minutes that you'll see in any of cinema up to that point, even until today, because George Lucas knew that if he could get people through the story and into the story quickly, that they would stick around for the rest of the story. So fluency, this idea of low reading level being better than a high reading level is a little bit counter-intuitive. But it makes sense, that when we're telling stories we want people to focus on the story, on the characters, on the tension, on relating to it, on what's new, on what they're learning so that their brains can absorb the information and learn that rather than be distracted by the words that are being said, the vocabulary, how complex it is.

We tend to think that the more complex our vocabulary, the more intelligent we are, that the more complicated we should be. But in fact with stories, the best story-tellers, the most intelligent story-tellers make things simple. You look again at Star Wars, in the nineties, in the three prequel movies that people liked the least of all of those stories, which were all great stories. The ones they liked the least were the ones that were action packed, but that made you think more about the plot. There were confusing characters, things that were being introduced, lots was happening.

They were breathless, but they weren't fluent. I recently watched all of the Star Wars together with a friend for the first time. During the nineties Star Wars, she kept asking questions. Who's this? What's going on? She had to think about the plot, versus in the other Star Wars, she didn't. She could be pulled through the story and be engrossed in it in a way that didn't happen with those movies. In today's social media world, there's a lot of talk about ADD and how everything has to be quick and short and fast-paced. Yet, at the same time, we sit down and watch Netflix for hours and hours and hours.

We'll binge-watch great stories, series at a time. Because the story is so good. But what's incumbanent on us today as story tellers, whether it's on Twitter, or in writing, or in film, or whether it's just at the bar with our friends, it's incumbanent on us to make each piece of the story flow to the next piece as quickly as possible. So as we're telling stories we shouldn't focus so much on making them sound intelligent, or great, or complex. We should focus on making them fluent.