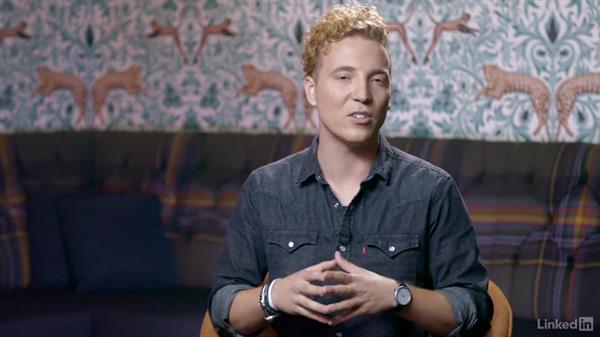 - Throughout history, there's a pattern for how people have used storytelling to build audiences, through a very specific methodology. Once you know who your audience is, and where they are, how are you going to deliver the stories that you want to deliver? And the pattern starts, actually with the very first example of mass media. Back in the Renaissance era, in Milan, Italy. So during this time, you had this flourishing of commerce and art, and also intrigue and gossip. So the very first mass media were actually gossip writers. Think of, sort of ancient, Gawker.

What they would do, is they'd run around the cities, they'd go to the churches, to the war zones, the commerce/merchant areas, and they'd gather up the gossip, and they'd come back to a writing house, where they'd compile a newsletter, of all of the gossip that they'd learned. And then, they'd run around, and they'd hand out these newsletters, and people would read the gossip. Well, a few things happened. First was, they had this great printing press that they used. It was brand new technology, the latest technology, but it turns out that the gossip writers, who wrote by hand, and then hand copied the newsletters, could actually be faster than the printing press, because it was such new technology, and so hard to set up, that the gossip writers that delivered the news fastest, were the ones that handwrote.

So pretty interesting, so they ended up reverting back, for some years, back to handwriting, until the printing press got better, and got good enough to give the people what they wanted. Second thing that happened to the gossip-writers is, well, if you said something, if you wrote something, about someone that they didn't like, these were powerful people, and you ended up getting your head chopped off. A lot of these gossip writers, these avici writers, ended up getting executed. So what they did, is they stopped putting their names on the newsletters. And instead of handing them out to people in the streets, they would run around at night, and they'd post them in public places.

So the news still got out, but the people kept their heads. So what you see, in this gossip writing example, the very first example of mass media, is this pattern of creating content, the created the gossip, they found the stories, and then they found a way to connect with the audience, they ran around town, but then the optimized. They took the process that they had and they made it better. So when the printing press, the printed version was too slow, they optimized by using handwriting. When they lost their heads, they optimized by hiding the identity, and hiding their news through the night.

So fast forward, 200 years, to the newspaper wars of the 1800s. Now the printing press was good, it was way better than writing by hand. The technology had caught up. So there were newspapers everywhere. Wealthy business people and politicians were starting newspapers like crazy. And there began to be this war for attention. Not unlike today, where we have social media and all of these places where people can publish. There were so many newspapers, that it was hard to win against all of the other ones. So the strategy was, that you printed up the newspaper, and then you handed it to a newspaper boy, some kid that would stand on the street corner and then, yell out the headlines.

And as you were walking by, if you heard a headline you liked, you'd pay a penny to buy the paper. But what happened is, all of these newspapers, started to sound the same. They had these sort of sensationalist headlines, that would get peoples' attentions. They were reporting on the same stuff, and no one ended up being loyal to one newspaper or the other. No newspaper was building an audience. So you had Joseph Pulitzer versus William Randolph Hearst, two of the big newspaper barons, and they were trading audience between each other, and they just couldn't get people to care about them, and their paper. Until Pulitzer hired a woman named Nellie Bly, who was the first great investigative journalist.

What she did is, when all of the other newspapers were very shallow and sensationalist, she went deep. One time she faked insanity, so she could go to an insane asylum, get locked up, and experience what it was like. And then she came out and wrote a series on the horrible conditions inside the asylum. She traveled around the world, trying to beat Jules Verne's 80 days, so she could write about what it's like to travel in the 1800s as a woman. These were the kinds of stories that, literally changed the game in the newspaper industry. They blew peoples' minds, and they got people to subscribe, to Joseph Pulitzer's paper.

No longer did they have to wait to hear a good headline, they trusted the paper would deliver them really deep, good news. The part of this lesson, is that, when there's a lot of stories out there, a lot of content, it pays to go deep. But the other part is the pattern, the flywheel, that they created content, these newspaper people, they connected to people through the newspaper boys yelling on the street corner, but then, when they couldn't build loyalty, they optimized the process. They went deeper on stories, so they could connect with people better. Now, fast forward 200 years, to the fastest growing media company in history, Upworthy.

Upworthy's whole business, was about building an audience, as fast as possible, by going through the steps of the flywheel, as fast as possible, and as many times as possible, per story. So what Upworthy would do, is they would take a story that they thought was a good story that the world needed, that maybe, no one had paid attention to. And they would repackage this, so that people might become aware of it more effectively. So they'd take an old story, or good story, and they'd give it a new headline, give it a new photo, and they'd share this story with a few people on Facebook.

And they'd look and see if the new version of the story, got more engagement, more people paid attention to it, and shared it, than the old version of the story. And then they'd take the winner of that test, and they'd test it again against a new package. New headline, new photo, and they do this dozens of times per story, sharing it with new slices of audience on Facebook, until they had the most optimized headline, the most optimized image, to give this story the best shot it could. And then Upworthy would send this story, the optimized version of the story, to its email list, and put it on its website, so that its whole audience could see it.

And in this way, they made sure that, by the time you saw the story, you probably were seeing the best, most optimal, version of the story possible. They used data to pick up what people cared about, what was really connecting, and which social networks people were really connecting with their story on. So Upworthy grew something like five times faster, than the fastest media company before its time, because it went through this flywheel faster than anyone had done before. But, the process itself is rather ancient. From way back, with the avici and the Renaissance, to all of the newspapers, all the magazines that have ever been, the pattern has always been, create content, connect with the audience, and then optimize to make it better.

The great news is, that today, technology makes it possible for you to do this, even better than ever before. It used to be, that you had to own a printing press, and delivery trucks. You had to have a staff of newspaper kids, and smart people to analyze the reactions of the audience, in order to create, connect, and optimize, but today, you can do this with technology. All you need is an internet connection, to make this storytelling flywheel possible.