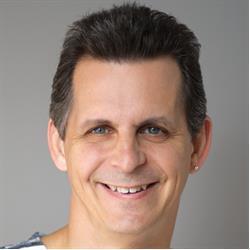 Mark Simon is a story artist, producer, and director for live action and animation.

He has over twenty-eight years experience working in the entertainment industry and has amassed over 3,500 production credits, and also writes and lectures on industry topics.

His Animatics & Storyboard, Inc. company, the largest supplier in the southern US, provides illustrations, cartoons, and storyboards to the entertainment and publishing industries, including clients such as Disney, Universal, Viacom, Sony, HBO, Nickelodeon, FOX, Steven Spielberg, USA Networks, ABC Television, and many others.

In 2012, Mark assisted in winning a Primetime Engineering Emmy for the Storyboard Pro software as a part of the Toon Boom software team.

Mark was inducted into the Digital Animation & Visual Effects School Hall of Fame in 2013. He's been on the board of advisors at a number of universities, sits on the Orlando Filmbook Advisory Committee, and is a member of the National Cartoonist Society, Authors Guild, the American Advertising Federation, and Women In Animation.

He lectures around the world at major conferences, conventions, entertainment trade schools, and universities, and is a second-degree black belt and two-time national champion in tae kwon do.