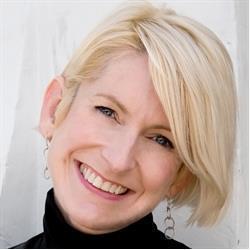 Margo Chase founded Chase Design Group in 1986, and produced award-winning work in many areas of design.

Recognized worldwide for her skill with custom typography and identity development, Margo was dedicated to creating client success. Her vision provided the fuel for Chase Design Group's growth and achievement. After training in biology, she discovered graphic design in graduate school and was hooked. Building on early success in the music business, she designed packaging for artists such as Madonna, Cher, Prince, and Bonnie Raitt. Her studio's dynamic style can now be seen in work for a long list of prestigious clients, including AIG SunAmerica, Belkin, Cartoon Network, Chinese Laundry, Discovery Communications, Mattel, Nike, Procter & Gamble, Starbucks, Stila Cosmetics, Target, and USA Networks. In a Graphic Design USA readers poll, Margo was one of two designers to make the top ten in both the Most Influential Graphic Designers of the Era and Most Influential Graphic Designers Today categories. Chase Design Group was also in the top ten list for Most Influential Design Firms of the Era, and was selected as one of I.D. Magazine's I.D. Forty. Margo's work has been featured in countless design periodicals and books, including Communication Arts, Graphis, HOW, New Design: Los Angeles, and Radical Graphics/Graphic Radicals. She was featured in a celebrated show, "Women Designers in the USA, 1900-2000: Diversity and Difference," on exhibition in New York City. She also taught typography classes at Art Center College of Design and California Institute of the Arts.