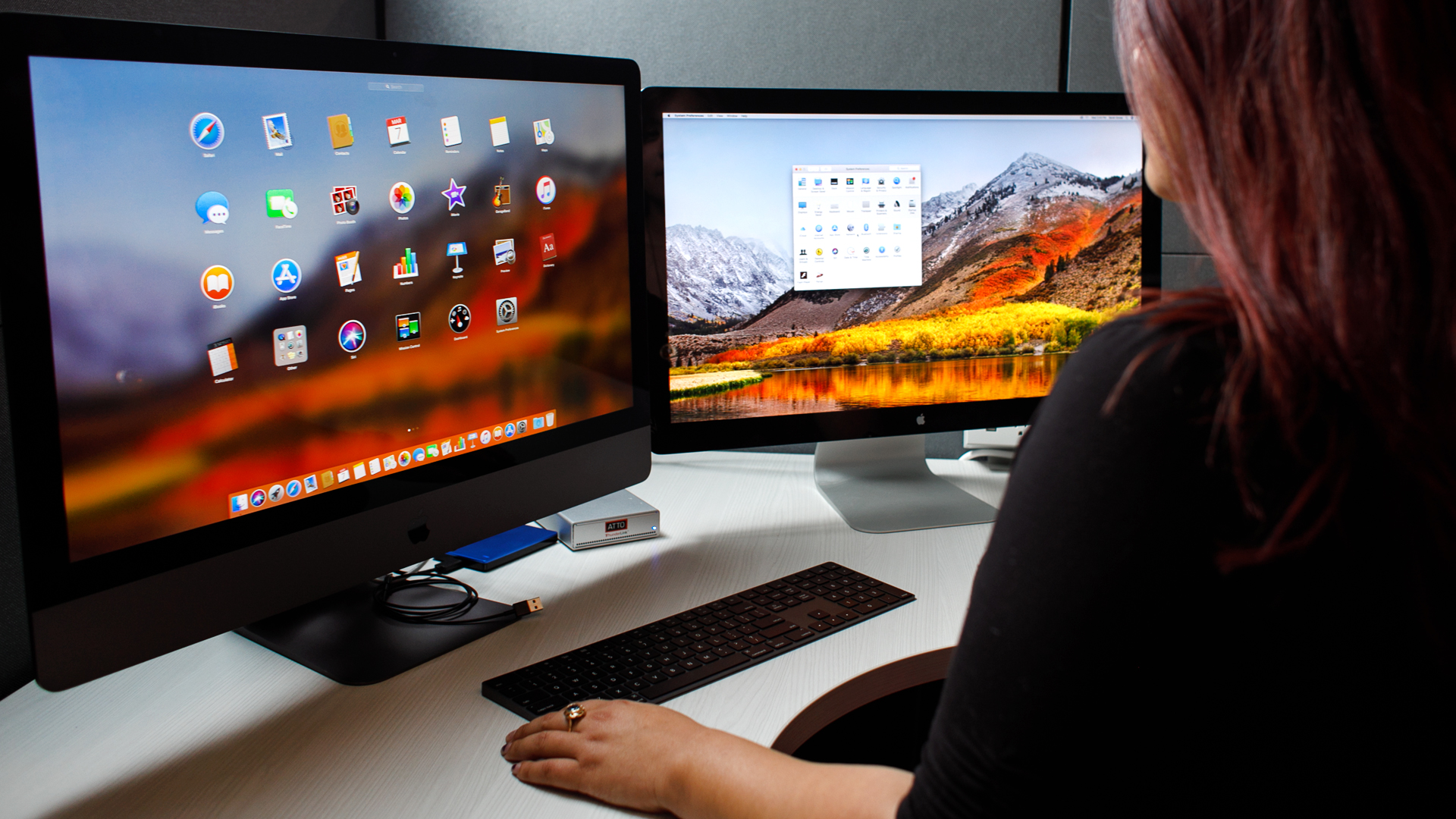 Join Garrick Chow for an in-depth discussion in this video Understanding computer ports, part of Computer Literacy for Mac.

- [Announcer] Even though you can accomplish many common tasks with your Mac with just what comes in the box, meaning the computer itself, the keyboard and the mouse, you'll most likely need to attach and use peripheral devices such as printers, scanners, digital cameras, microphones, the list goes on and on. So in this chapter, we're going to look at how to set up and install common peripherals. But first in this movie, I want to make sure you're familiar with the available ports on your Mac into which you'll be plugging your devices. The most common porting use for peripherals right now is USB. All Macs and PCs have some form of USB port.

At this time, the most common USB ports are the kind that you see here. They're sort of that flat rectangular port with what looks like a small plastic tab inside. And of course, you plug USB cables into your USB ports. This is what the end of a USB cable looks like, and this is the shape of the end that goes into your computer. This is known as an A type USB connector, but it's most commonly just referred to as a USB connector. Now the other end of the cable plugs directly into whatever device you are plugging in, like a mouse or keyboard, and it may look like this.

This is called a B type USB connector. You'll most commonly see this type of connector in printers, scanners and other larger peripheral USB devices. Other types of USB connectors you'll run across include the micro USB connector and the mini USB connector. Both of which are often used in smaller devices, and if you have an IOS device, like an iPhone or iPad, you're probably familiar with Apple's Lightening cable, which looks like this. But as long as the device or cable you're plugging into your Mac goes into your USB port, it's considered a USB device.

Now as I mentioned a few times previously, in Apple's MacBook line of notebook computers, they've been moving away from the standard USB A type of connector, in favor of a new standard called USB C. You can still connect your USB A type of peripherals to new MacBooks, but they'll require a USB A to USB C adapter. You'll also need additional adapters for other types of peripherals that connect to ports on non-MacBook Macs. For example, another port you'll find on desktop Macs is called the Thunderbolt port, and it looks like this.

This is a high-speed port, meaning it can handle a large amount of data over a very short amount of time, making it ideal for connecting peripherals like external hard drives and external displays or monitors. Thunderbolt accessories generally cost more than USB peripherals, but if you're looking for high performance, Thunderbolt devices are the way to go. And again, you can connect them to MacBook devices by a Thunderbolt to USB C adapter. Another important port you'll find on your Mac is an ethernet port. This is the port that lets you connect to your network or internet service.

The cable that plugs into the ethernet port looks like this on both of its ends. One end goes into your Mac and the other end goes into your router or modem. In an upcoming movie we'll talk about how to set up your Mac to connect to the internet, but for now, that's how you set up the physical connection. And again, if you have a newer MacBook computer, you don't have an ethernet port, and you'll most likely get online over a Wi-Fi connection. However if you need to plug your Mac into a wired connection you can get an adapter that lets you plug an ethernet cable into the USB C port on your MacBook.

Other ports you'll probably be using are the audio input and output jacks. The audio output jack is denoted by a speaker or headphone icon, and you can plug speakers into the output jack so you can hear any sounds your Mac is making through them, and that includes alert sounds or music you're playing. Not all Macs have audio inputs, but if they do, the input jack looks like two triangles pointing inwards towards each other. Of the current line of Macs, only the Mac Mini has a separate audio input jack. So if you're recording audio, one option for doing so is sending audio into the input jack.

But other options include recording audio through your Mac's built-in microphone, which all Macs have, or by plugging your iPhone's earbud headset into the headphone jack so that you can use its built-in microphone. Or you can get any number of audio input devices that plug into your USB ports. So there are many ways to get sounds into your Mac. All right, so that's a rundown of the most important ports you'll need to be familiar with to plug in and use peripherals with your Mac.