Interface with windows, menus, and the toolbar 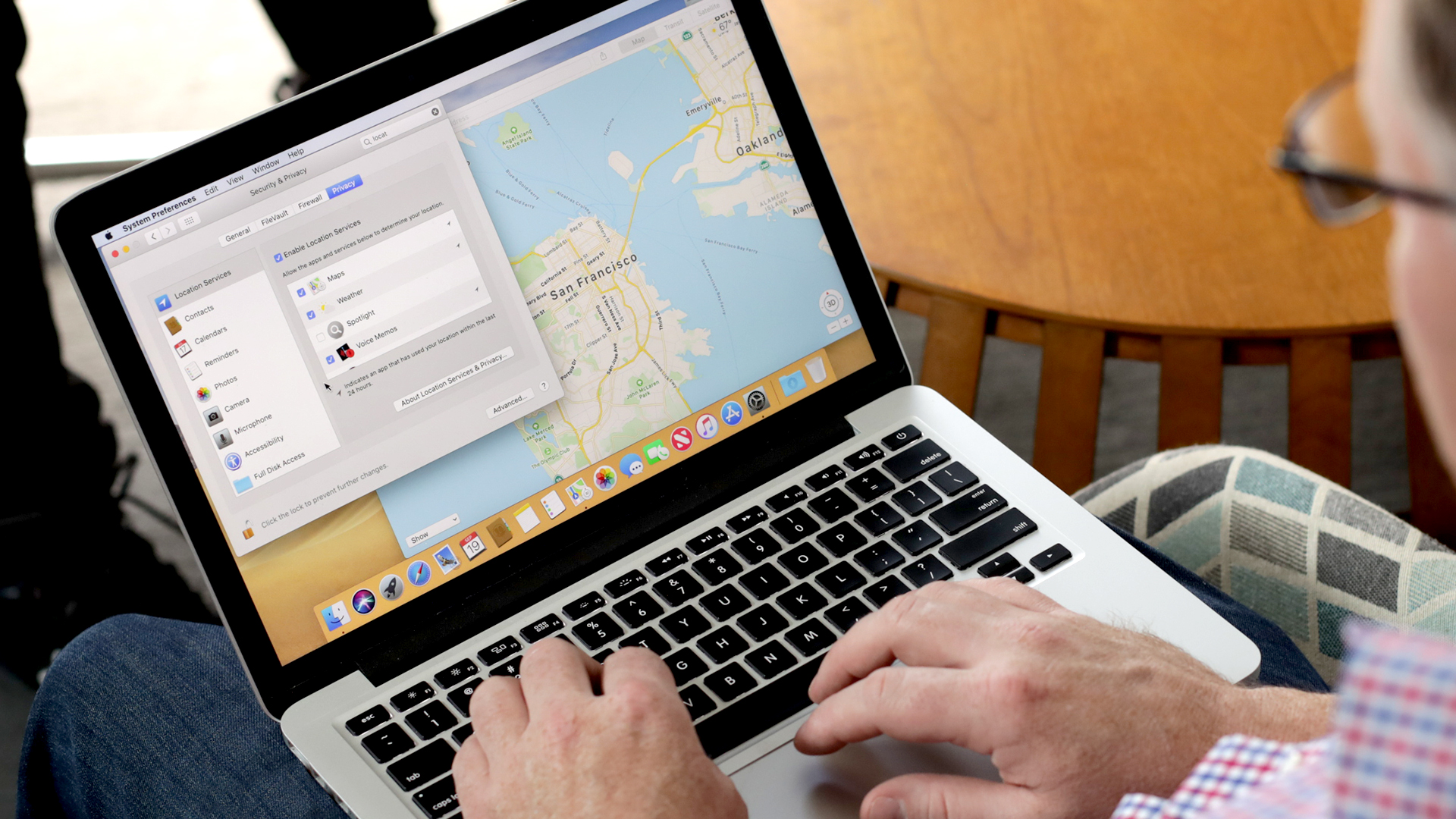 - [Instructor] In this movie I want to introduce Windows and menus which are primary interface controls that you need to use no matter what you're doing in macOS. In this row up at the top of the screen you will see the menus. They say things like file, edit, view and so on. If you click on one of these it opens up that menu and it gives you lots of commands and options that you can activate. Now on the far left side is the system menu. That's identified by this Apple logo. You can click on that to open up that menu.

This is where you find things like sleep, restart, shutdown as well as some other important commands. Now on the far right of the menus you see what is called the toolbar. Here you will see a button for Siri and a button for Spotlight. You may have an option for your clock, maybe some controls for audio. Now I usually keep my toolbar very sparse in my training courses to cut down on distractions but what you see here is pretty typical on most computers.

The toolbar contains menus specific to system related features and the toolbar is always there. Now I pointed out that the system menu, which is over here under the Apple logo, and the toolbar over here on the far right are always there. That's because the rest of the menus will change depending on which application you're running. Now the first menu item that I see, after the system menu right now is called finder. That's because finder is the currently running application that is active on my screen.

We're gonna talk about launching applications more later in this course but I want to launch an application from the dock. So I can just go to the dock and click on the icon for Safari to launch that application. And I want you to see that the menus change, up here at the top of the screen. Now that first menu item, after the system menu, is Safari because Safari is now the currently active application. It's the application that is taking focus on my screen and the other menu items have changed as well.

The file and edit menus are generally there in most applications but some of these other things like history and bookmarks are only there in Safari or other web browsing applications. But the toolbar, over here on the right side, is the same and the system menu is still the same. Those are always the same no matter what application you're running. Now you may want to explore the menus that come with a specific application but I want to move on for now. Let me open up another application.

I'm going to open up contacts and once again we see these menus change up at the top. The first menu after the system menu is labeled for that application and the rest of the menus are different because they're specific for that application. All right, next I want to talk about Windows. Generally when you open an application it will have a window. That's this big box that represents the application. Notice how the contacts window is at the top. It's the active application but I can still see the window for Safari and I can click on the window for Safari and that makes that window active.

It comes to the top of the stack. And I can also move windows around. I can just point my mouse cursor near the top edge of a window, click and hold the mouse button down, and then drag it around. I could even move this window over which means now I can see the window for contacts again and I can click on that and make it active again. We'll talk more about switching between applications later in the course. Now you can also resize windows. Just place your mouse cursor on the top or bottom edge or one of the side edges and you'll see it turns into this double arrow.

From there you can drag to change the size of that window or you can grab a corner of the window to resize it diagonally. Then there are these three buttons in the top left corner of most windows. The red, yellow, and green buttons. Those are gonna be pretty important so let's go through those. The green button switches most windows to full-screen mode. So if I click on that, now this application is full screen. This allows you to focus only on this one application without being distracted by other things.

If you want a window off of your screen temporarily but you don't want to close it, you hit the yellow button and you'll see it shrinks down to the dock. It's down here next to the trashcan and if you want that window back you just click on that icon here and it comes back. And finally there's the red button. That will close a window. But before we use that I need you to understand something. Right now finder, Safari, and contacts are all running. We know that Safari and contacts are running because we see their windows but some applications, like finder, can be running even if they don't have a window open.

If you look down at the dock I can see each application that is currently running has this little black dot under the icon. So finder, Safari, and contacts are all running. So now if I hit the red button on the contacts window to close it you'll see it closes that window and the application has now shut down. I no longer see the black dot under the icon for contacts in the dock and also the menus for contacts are now gone. Now we've reverted over to the menus for Safari.

So if we hit the red button on the window for contacts it actually quits the application but if I hit the red button on the Safari window you'll see it just closes that button but Safari is still running. I still see the black dot under the icon and I still see the menus up here at the top and that's important to recognize. Some applications will quit if you close the window but some will stay running even if there is no window open. Generally, if an application is only capable of using one single window, it will quit when you close that window.

We'll talk more about quitting applications later in this course but I want you to see if we go back to the Safari application menu, that's the menu with the name of the application, you'll see there's an option for quit and if I click on that now it really has quit Safari. I no longer see menus for Safari. I no longer see the black dot underneath the icon. Finder is now the only application running and you're not able to quit finder. Finder is always running. So we're back to our starting point and now you should have a good idea of how to work with windows and menus which I think of as the core grammar for understanding and working in macOS.

9/24/2018
Get the most out of macOS Mojave. In this comprehensive course, instructor Nick Brazzi shows Mac users the ins and outs of this powerful Apple operating system. Nick starts with the basics: installing and running the new OS, setting up system preferences and user accounts, and organizing the desktop. He then shows how to save files and find them again quickly, work with email and calendars, send instant messages, video chat, and use the core applications that come bundled with Mojave, including iTunes, Safari, QuickTime, Maps, and Notes. Looking for the latest apps? Nick also shows how to find and install new applications from the Apple Store. Plus, learn how to manage notifications, work with Siri, hand over files quickly using AirDrop, and much more.
Topics include:

Video: Interface with windows, menus, and the toolbar