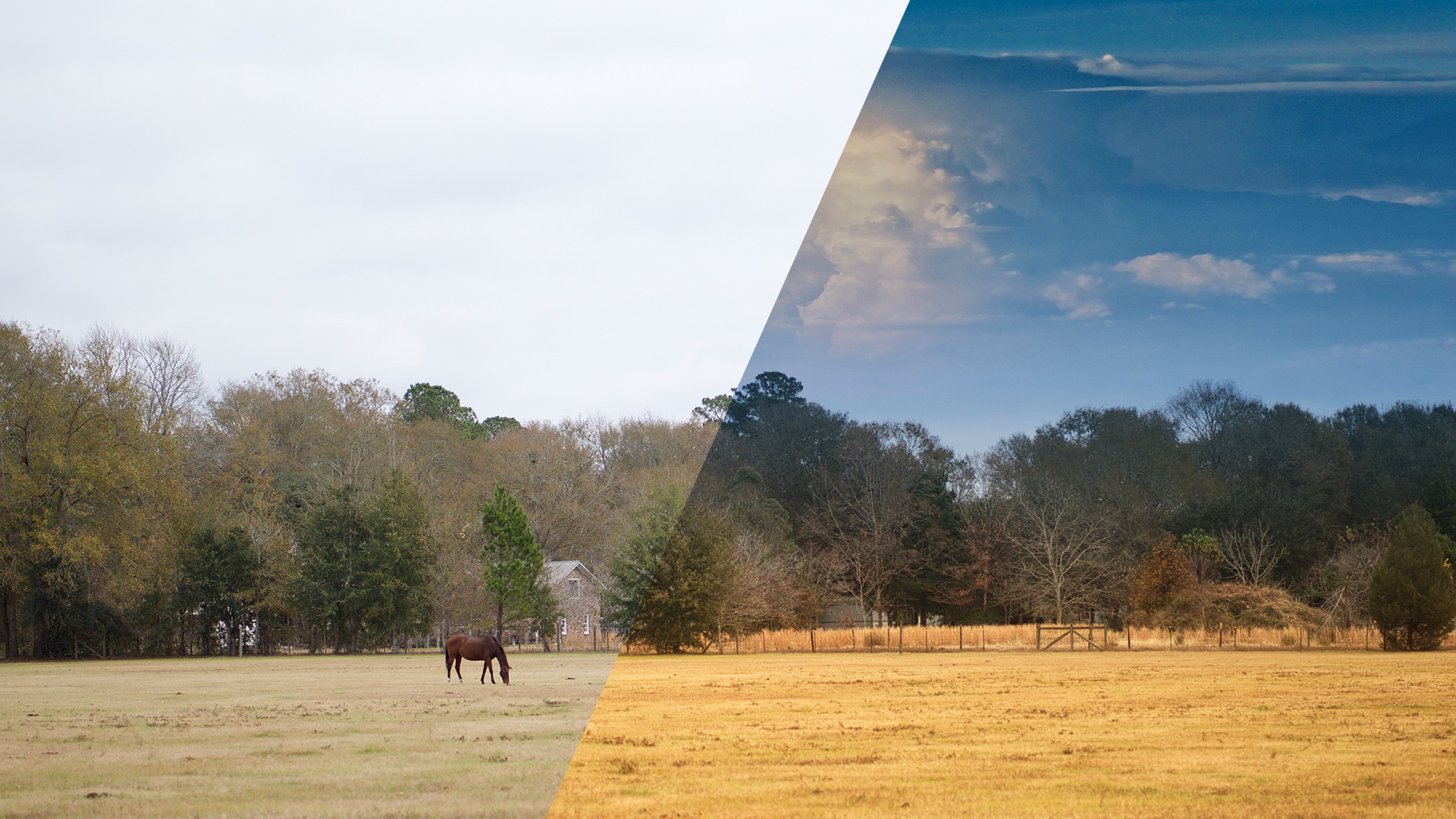 Layers are easy to create and manage in Luminar. In this video, Derrick Story shows you how to manage your layers. Luminar is a modern image editor for both Mac and PC platforms. It provides photographers with the tools they need to creatively edit their images quickly and easily.

- [Instructor] Adjustment layers in Luminar are very powerful, and they're also fun to use. So I've been working on this portrait and I've created a few adjustment layers. I want to do one more, but I thought hey wait, why don't I show you guys how to do that? (laughs) I need your help to finish this image. So first, let me show you what I've done and then we'll create the last adjustment layer together. So I'm working on this portrait and there were a number of things I wanted to do. Let me zoom in a little bit, I'm going to do Command + Plus here, and then I'm just going to position her like this.

I'll show you the before and after. I have four layers here created, and let's just do before and after. So there were a couple hairs I wanted to get rid of over here on the side of her face. I wanted to smooth out some of the texture under her eyes and on her forehead, and I wanted to smooth out her lips just a little bit. Just a little bit, not too much. And so I used different layers to do all of those things. Now I'll back out just a bit here.

And we'll go ahead and position. So the base layer right here, and this is what's created when you first open the shot, generally speaking if I know I'm going to do a layered document, I just put Develop filter on the base layer. So only Develop is here, you can see that. Just do my basic corrections there knowing that the subsequent layers will take care of all the creative stuff. The next thing I wanted to do was erase some of that hair. Just those two hairs.

I don't mind the hair generally speaking unless it's distracting. So I created an erase image. We're going to talk about erase, and clone and stamp in upcoming movies, and I'll show you how they work, and on those you don't have to create a layer. When you go to the Erase tool up here in Tools, the application will automatically create a layer for you already, so that layer was created by the app when I chose the Erase tool, and I just got rid of those couple hairs right there.

That's all I wanted to do. Next I wanted to soften the skin a bit. So let's go up to Skin Soften. You turn that off at the eye there, and just this little bit of extra texture and shine here, I wanted to smooth that out. So, I did that with some brushing, and the way that works is I've got this layer selected. I'm going to come down, and I use Structure for that. So I'll go ahead and turn on the brush right there. This is the brush that I used, and I'll come over and I'll turn on the Mask and you can see the area that I worked in.

So I just painted this right here, and then I pulled down the amount and increased the softening, and the boost a bit to get rid of that extra texture. And I think Structure works great for that. You have a lot of control over the effect, and it's not like softening where it's adding another effect, it's just really eliminating or downplaying texture. So that worked out really well, and that was on its own layer, and then finally on Lips, same thing. Let me just go to, oh actually I did two corrections.

I did both Structure and Soft Focus on the lips, and that's just to downplay them a bit. I don't mind a little bit of texture. I didn't want quite that much texture. So you can see that by turning it on and off I just downplayed that texture a little bit. So now I feel like I'm in pretty good shape, so let's back out a little bit. We'll just go to here and go to Fit in Screen. Turn off this brush, and let's create a new layer together. I want to do a little bit more vignetting here, so we'll create a layer for a vignette.

So I come up to plus, New Adjustment Layer. Now the first thing that I do is rename the layer. It comes up as Layer One or Layer Two, very generic. So I just go to the gear menu, go to Rename Layer, and we'll just call it Vignette. Hit the Return key. Now that I have that layer created, I'm going to add a filter, and I'm going to add the Vignette filter, which I believe, you know I'll show you something, we haven't done this yet, look at this.

I just go up to search, started typing vignette, and there it is. Why hunt when you can search, right? All right so anyway here we are on this layer. I'll leave it on Post crop and let's just go ahead and as I talked about before, I like to go all the way over on Amount, adjust my Size, adjust my Roundness so I have it the way that I want. Do a little bit of feathering.

Like that. Then I go back and I take off Amount, I back it off a bit. And really I just wanted to darken up those corners just a bit to give them a bit more richness. And if I wanted to I could add a little Inner Light although we don't need it on this particular image. So there we go, let's do our on and off with the vignette. Oh I think we need a little bit more, don't we? There we go.

There we go, that's more what I was after. All right so now we have a vignette on the top layer there. So the way that layers work, if I were to export right now, then wherever I am, let's say that I stop at Skin Soften, then when I export I'll export these three layers and they'll be flattened into a single file. If I export at Lips, I'll get that, and if I export at Vignette we'll get everything essentially.

And of course export is right up here, Export Image, so keep that in mind when you're ready to export, that you're at the level or the layer that you want to be in terms of making your corrections. Also I recommend that if you're working with layers that you save the file. I've already started a saved document. That way when I open the Luminar document again all of my layers and all of my history will be intact, and let's do our before and after right here.

So a very subtle adjustment here that I've made to this image, but I like all of the adjustments and I think those little adjustments really help improve its overall appearance. I used all five layers here, and if I were to export right now I would export from the very top. I like layers a lot, they're really great for projects like this. Then if you save your document you can come back and fine tune them some more later on. A terrific feature in Luminar.

3/12/2018
Luminar, from Skylum, is a powerful but affordable image-editing app for Mac and Windows. In this course, photographer, educator, and author Derrick Story steps through the essential features of Luminar, showing how to navigate and customize the interface, work with layers, and perform common tasks, such as retouching and replacing skies. Learn how to enhance images with its creative filters and presets, and perform more advanced techniques such as LUT mapping and converting to black and white. Derrick also includes a quick-start chapter to get experienced digital pros up and running with Luminar in minutes.
Topics include: